My dad introduced me to hot rods. It was a warm spring night in Michigan, and we were driving by the local gas station. At the pump, I saw a roadster. No fenders, candy blue paint and Moon discs on all four corners. Beneath the louvered decklid, there was a parachute. “That’s called a hot rod,” he said, pointing to the car. “It goes so fast, it uses a parachute to stop.” That was all my elementary school mind could take. I was hooked.

Born on Christmas Day 1959, my dad grew up in Detroit. He spent his summers on road trips with my grandparents in the back of their 1964 Chevy station wagon, sometimes with a pop-up camper in tow. Like so many kids his age, he built model kits and amassed an impressive collection of Corgi and Hot Wheels cars. He secretly subscribed to Rod & Custom in 1967 after seeing Sam Hollingsworth’s “Show Going Nomad!” on the cover. 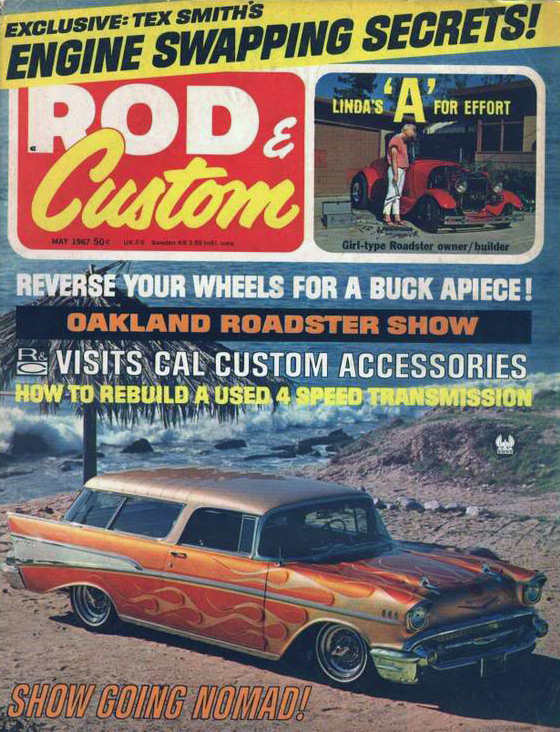 My dad’s favorite R&C cover. What’s not to like?

Both his parents were teachers, and his dad was a very skilled carpenter. In 1970, my dad and my grandpa teamed up to build one of the fastest Pinewood Derby cars around. Inspired by pre-war Indy contenders, the little orange racer with a giant tail fin dominated the competition when it hit the track. It sits in a place of honor on my old bedroom shelf back in Michigan, complete with the custom-made trophy that they won. Whenever I look at it, the whole thing makes me happy.

Initially my dad set out to become a landscape architect, but he eventually switched over to mechanical engineering. He spent more than three decades with General Motors working on a wide variety of projects in the powertrain division. To this day, he tells colorful stories of driving trucks in extreme conditions everywhere from the heat of Death Valley to frigid parts of Canada. Towards the end of his time with GM, he would take us to his office at the Milford Proving Grounds for car shows or open houses. For a car crazy kid, it was a real treat.

Even though my dad has never owned a traditional hot rod per se, he has always been enthusiastic about helping me get involved. From the Detroit Autorama and Woodward Dream Cruise to the Street Rod Nationals and the Hot Rod Reunion and beyond, we’ve spent countless hours on the road looking at—and photographing—old cars, signs and architecture with him by my side. 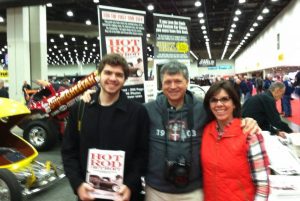 Ever since the beginning, my dad has helped me with my career. He and I are constantly talking about camera gear and the world of publishing, and one time he even drove from Michigan to Washington, D.C., to deliver audio equipment so that I could meet a deadline. Oh, and he bought me my first copy of The Rodder’s Journal at Border’s bookstore in Novi back in 2003. What more can I say?

I can say a whole lot more, but I’m running out of space. I know I’ve written about my dad here in the past and I know for a fact that I will in the future. My dad is one of the smartest and most thoughtful people I know. He has a great eye for design and appreciates history and originality above all else. As far as I know, he’s read everything I’ve had published in the past five years. Yes, I’m one lucky son.

One final thought here. Earlier this year, when I was back in Michigan, my dad took me on a tour of Detroit. We saw the city through his eyes, eating at Lafayette Coney Island and staring at the ornate mosaics of the Guardian Building. 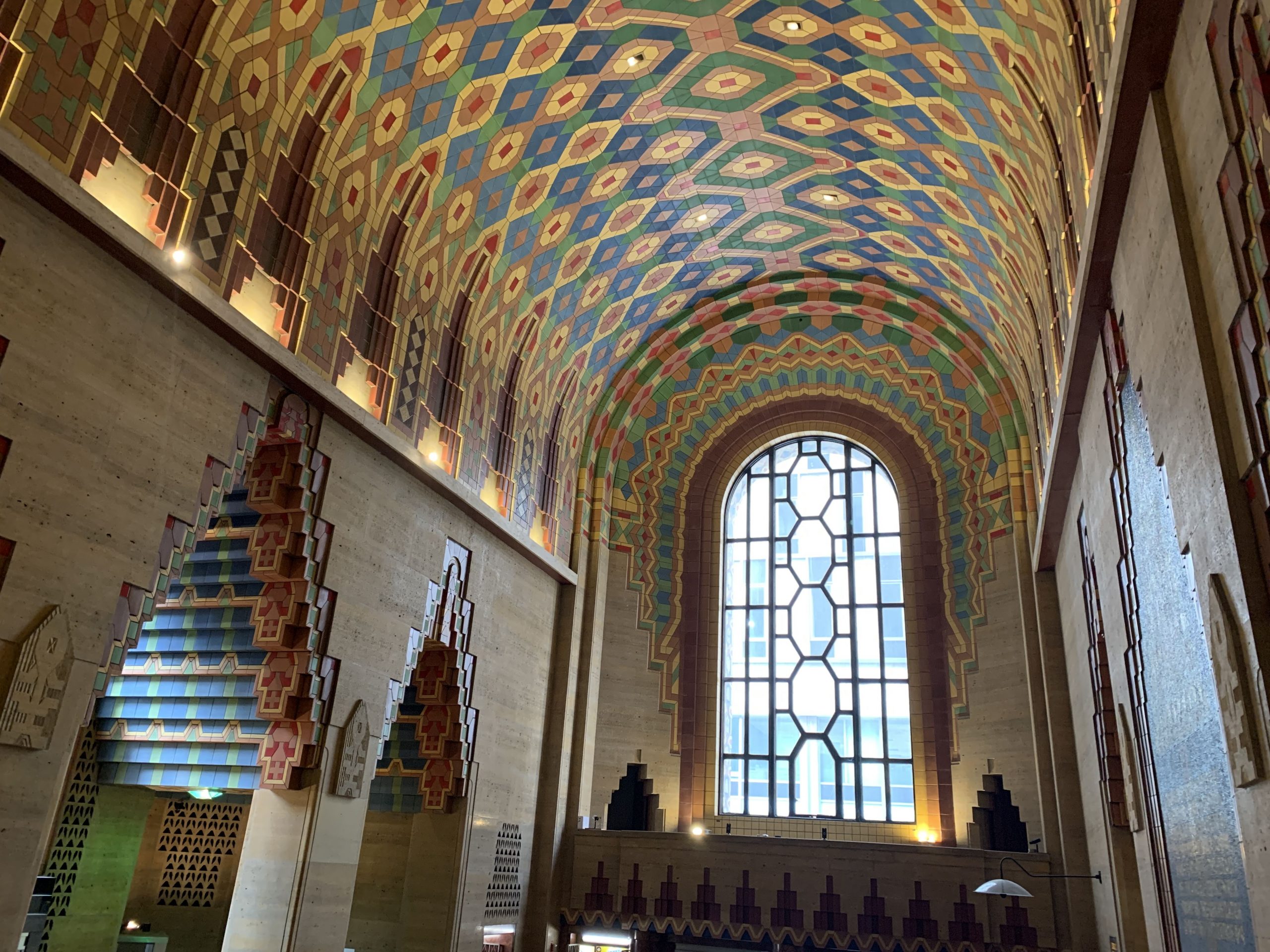 Inside the Guardian Building, built in 1929.

For one of our last stops, we swung through the heavy revolving door of the Detroit Public Library, Skillman Branch. (This particular library is renowned for its automotive collection).

As we walked through the stacks, past all the books, I wondered what it would be like to have written something worthy of being in here. Who would I even ask? Then, as I was looking through some Chevrolet manuals of yesteryear, my dad pulled a book off the shelf next to me. Without saying anything, he casually skimmed through it. “Hey Joey, see that?” he said, pointing to the page. “I wrote this section. This was my work.” We both smiled.

That moment will stay with me for as long as I live.

I hope you all can spend this weekend with the ones you love. Maybe you’ll be turning wrenches, or maybe you’ll be thinking about the good times you had with your dad. And to all you dads out there, happy Father’s Day. Thank you for all that you do.