Posted by Jive-Bomber on April 23, 2010 and filed under: Art & Inspiration

For the 1964 World’s Fair in New York, Henry Ford II & the Ford Motor Company asked Walt Disney to help create a display for them that would celebrate the gigantic Ford Rotunda and allow fair goers to experience the ride in actual ’64 Ford & Mercury (Mustang, Galaxie, Falcon, Monterey. etc.) convertibles, running on a track system. Moving along the “Magic Skyway,” guests were first taken for a bench or bucket seat ride through plastic tunnels around the outside of the rotunda for sweeping views of the fairgrounds, then right inside the exhibit building to the number of elaborate sets and displays within. With a narration by Walt Disney himself, passengers toured the earth’s past from the dawn of time, through the age of dinosaurs (now placed along Disneyland’s train ride), to FoMoCo vehicles of both past, present, and future. The massive undertaking took 3 years for Disney Imagineers to create, and used enough steel to raise a 22 story building. No expense was spared, and the final result was truly mind blowing in a time when the great American car companies had deeper pockets and a little less bureaucracy. 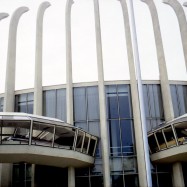 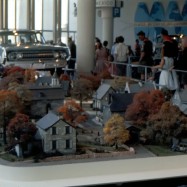 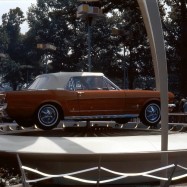 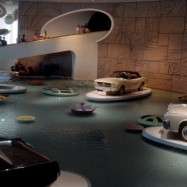 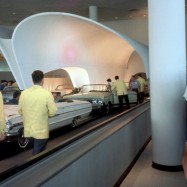 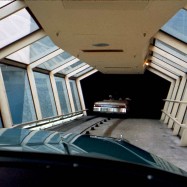 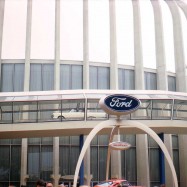 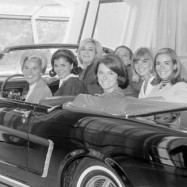 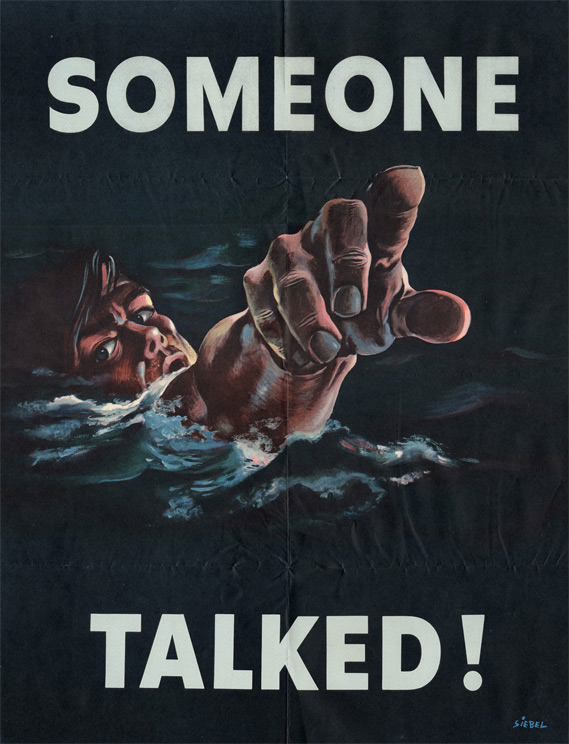