Given today is Martin Luther King day, I thought it was appropriate to feature one of my favorite racing books of all time. Racing While Black is the story of an African-American NASCAR team as written by Leonard T. Miller. The book details the trials and tribulations of Leonard W. Miller – a born hot rodder with a desire for speed and a punk rock sensibility that allowed him to ignore his surroundings, fight his own fight, and do his own thing – regardless of the bullshit around him.

If you are into underdog stories and fighting for the greater good no matter the odds, this book is your kind of deal. It’s truly inspiring.

All that being said, I think my favorite part of the book covers the early life of Leonard Miller. Growing up in Philadelphia, Miller was taken by cars at a very early age. This fascination was only amplified when he discovered Hot Rod Magazine and by 1952, he finally had a platform to lay his dreams on – a 1940 Ford.

Miller outfitted the ’40 with a stroked and warmed over flathead, a Zephyr geared tranny, and of course, loud pipes.

“I took a friend, Daisey Thomas, after church, on the turnpike and she became tense as I shifted through the gears toward 100 miles an hour,” recalls Miller, who’s now almost 90. “We hit close to 120mph before I backed off. And I’m talking about the days before seatbelts and airbags!” he says.

A few years later, he had a run in with another hot rodder not keen on brown skin tone. Ignoring the racist slurs from him and his buddies, Miller agreed to a race. The outcome is predictable and the story moves on to more organized efforts for speed and checkered flags – only interrupted by a stint in the United States Army.

From NHRA drag strips to SCCA road courses to NASCAR circle tracks to… Miller really did it all and did it with the kind of focused enthusiasm that was rare then and almost extinct today. Seriously, if you have any interest at all – buy this book. You’ll be glad ya did. 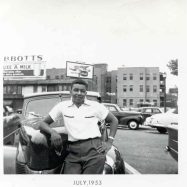 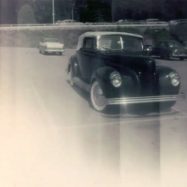 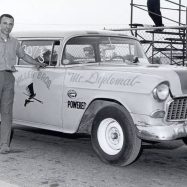 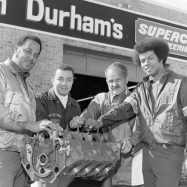 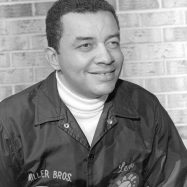