Posted by J.Ukrop on October 8, 2021 and filed under: Art & Inspiration, Hot Rods

Earlier this summer, I was in the Pacific Northwest on a work detail. That particular assignment brought me to the Washington State Fairgrounds. It was Friday and, like any red-blodded hot rodder at a car show, I naturally gravitated towards the swap meet. I had flown into town, so I knew I had to keep my shopping light.

As luck would have it, I didn’t have much money on me. Maybe $11 or so. This wasn’t ideal. Nonetheless, I poked around the rows upon rows of vendors. In every booth I’d look for treasures that the break-of-dawn crowd had somehow missed. I scoped out Strombergs and I picked up plaques. Nothing seemed to be a winner. Then, in one of the booths along the fence, I spotted a magazine that I had never seen before. 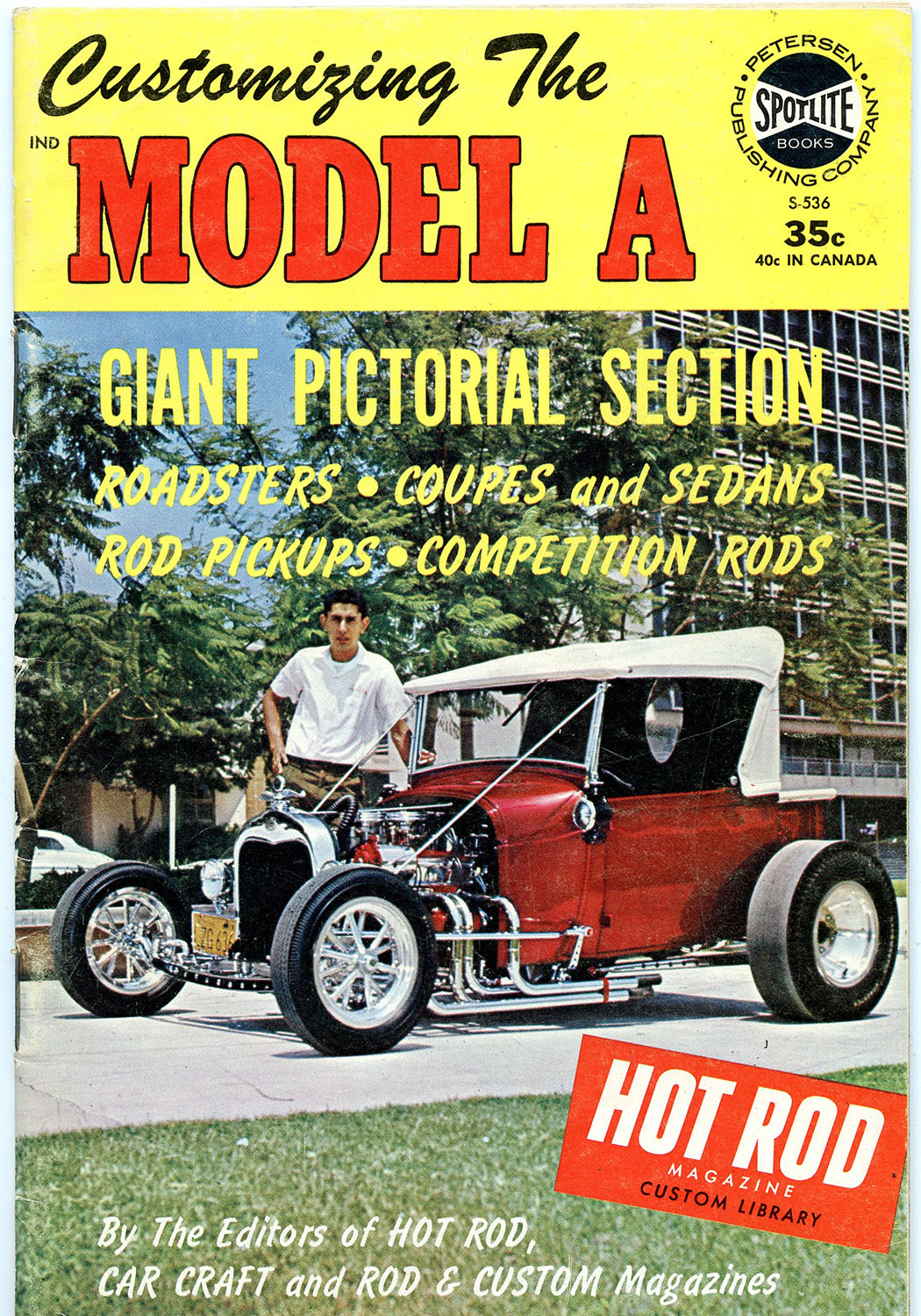 Customizing the Model A. Now that’s something I could get behind. It was tucked in plastic sleeve and marked with a little green sticker. $10. “Ten dollars?” I said to myself. “That’s almost all the cash I have.” Nonetheless, I played it cool and walked over.

“Quite the book you have here,” I said, pointing to the magazine. Its cover featured an abbreviated Model A roadster pickup with a hot smallblock, highly polished mags and piecrust slicks out back. The headline read: “GIANT PICTORIAL SECTION.” Before I slipped open the envelope, I knew I had to have it.

Well, I looked it over and spoke with the seller. He said he wouldn’t budge on price, seeing that it was in pristine condition. He had a point. As bad as I wanted it, I decided to pass—and that was that.

You know what happens next. The following day, I still had the magazine on my mind as I walked onto the fairgrounds. “Does he still have it?” I said, picking up my pace. Lo and behold, when I made it to the booth, the magazine was still there. I broke out the $10—no questions asked—and I was on my way.

While unpacking my gear from the trip, I simply slipped Customizing the Model A on the top of my “little pages” stack. A whole lot has happened since then. I certainly haven’t forgotten about it, but I also haven’t read it. Last night, I decided to break into it and see what it’s all about.

I’ll tell you what, it’s 64 pages jam-packed with the best Model A’s of the late-’50s and early-’60s. I plan to dip into these more down the line, but I figured I would share the feature of the car that made me say, “Oh wow!” on my initial leaf-through.

So, without further ado, I give you Roy Berger’s Model A sedan. 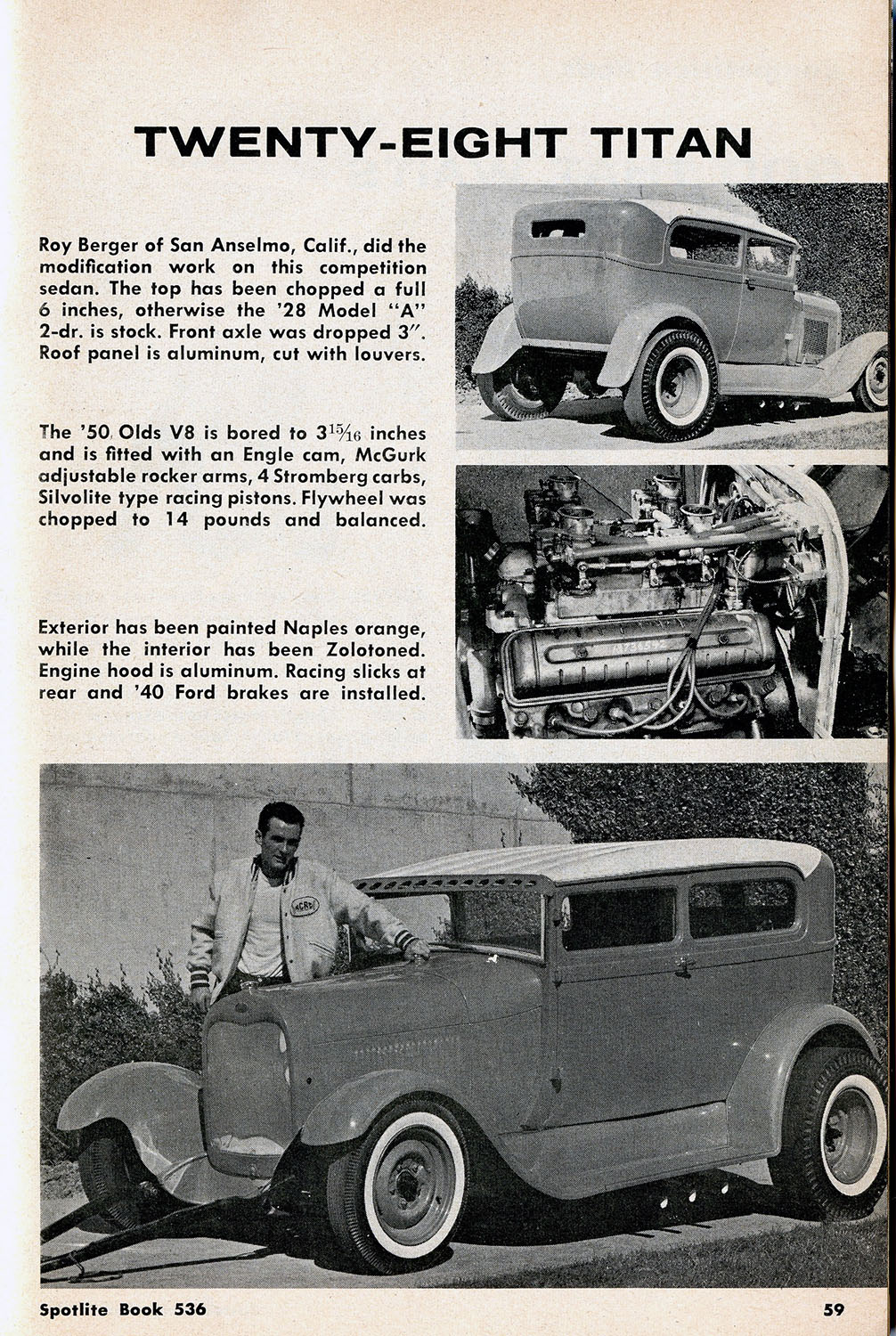