See Ya at the Drags!

Posted by J.Ukrop on August 16, 2019 and filed under: Event Coverage

As you read this, I’ll be en route to the H.A.M.B. Drags. Well, truth be told, I’ve been on my way to the Drags for the past few days. It all started with a red eye flight out of San Francisco on Tuesday night, which was followed by a short sleepwalk through the Denver airport before I woke up in St. Louis. I brought a book to read and some paper to draw on, but I didn’t touch either. Sleep was high on the agenda, because I knew I had a busy week ahead of me.

The H.A.M.B. Drags have become an annual pilgrimage of sorts, and even though there are a wide variety of automotive happenings this weekend—including one very special show on a California golf course—I knew Mo-Kan Dragway is the place to be. Last year, my St. Louis friends hatched a plan to head to the drags with as many vintage vehicles as possible. Hot rods, choppers, vans, trucks, you name it. Some parts worked out, some didn’t and, at the time of this writing, a big one is up in the air.

It’s been a thrash over at the Giacalone compound in western Illinois. In addition to my usual duties, I’ve spent the past two days helping clean up the shop, bolt things together, run to the local parts store and lend a hand wherever I can. We’re movin’, groovin’ and pushing to make it first to Springfield, Missouri, for the Ozark swap Friday, then Joplin later on. No matter how the chips fall, we’re having fun every step of the way.

That’s all for now. Look for us with the gray/orange ’39 Ford Standard Tudor and a gray Econoline at the drags! 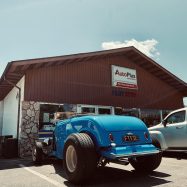 You never know what you’ll find at Part Stop. This four banger-powered roadster was the work of Bethalto’s Glen Wilson. 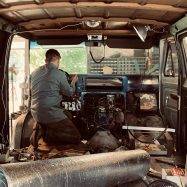 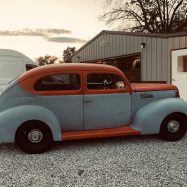 Michael Starr’s ’39 Ford Tudor. We’ll be driving this car to the Drags. 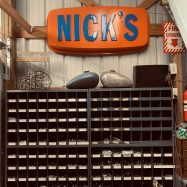 Nick’s is an organization with organization. This is a part of one of Nick Sr.’s original body shop signs. 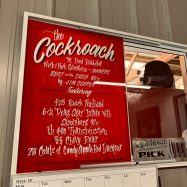 Nick Jr. and Senior brought back Jim Cooper’s “Cockroach” from a long slumber. The car currently resides in California. 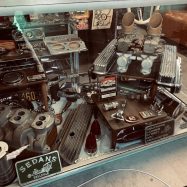