Posted by Ryan on August 27, 2006 and filed under: Feature Articles 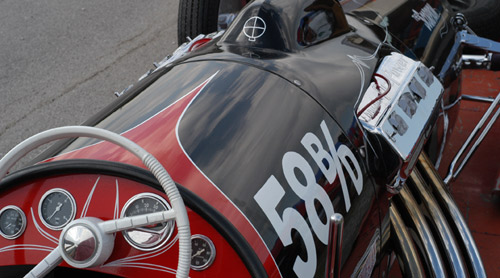 What started with hot sun and tons of beer ended with burning rubber and wet skies. The drags got started on Saturday just before 4:00pm and ended at around 8:30 when a bolt of lightening cut power to the track. It was almost as if it was a sign of sorts… This years drags fielded one of the most impressive line-ups of traditional hot rods and race cars that I have ever been around. I am absolutely humbled…

3 Things
As I sit here blurry eyed and exhausted from the weekend and following 11 hour drive, a few moments really stand out in my memory.

1. As we were setting up for registration, I ran into Steve Hendrickson’s dad and absolutely lost all composure. Steve had always talked about making the H.A.M.B. Drags, but never got around to it. When he passed, I thought about those conversations quite a few times. Meeting Steve’s dad at the drags was too much for me and I had to walk away before I completely broke down. If you are out there Mr. Hendrickson, thanks so much for coming…

2. About mid way through registration, the “Scorpion” dragster showed up (see lead photo). It was an honor and an absolute once in a lifetime opportunity to watch this exquisite early dragster make a full pass at MoKan Dragway. History.

3. “Flamedabone” has been at every H.A.M.B. Drags we’ve ever held. His Pontiac powered a-sedan is his daily driver and he has been on a 4-year quest to get into the 12’s at MoKan. This year, after once again driving his hot rod all the way from South Carolina, he took possession of a 12.60 time slip. In return, the Kontinental car club rewarded him with the Kontinental Cup. His reaction to getting the award absolutely made my weekend. 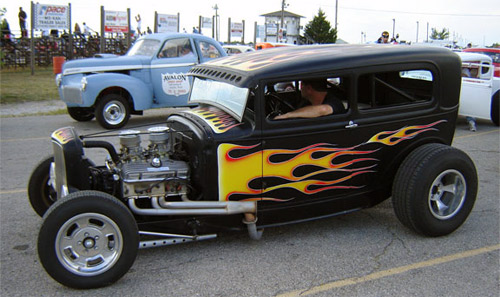 Thanks Are In Order
1. Marcie. My wife runs the show fellas. Without her, there would be no drags and we would all be worse off (me even more than you flunkies!). She’s a dream.

2. The Crew (Kristen, Katie, Jill, Ed). These guys run the tents and work their asses off for about nothing. They deserve a lot of credit for getting so many folks through the registration process so quickly. Rulers, the lot of em…

3. The Williams Bros. From building the raffle engine to selling the tickets to driving 5000 miles… Dedication man… I love these guys.

4. AHotRod. Glen donated a ton of parts to the raffle engine and made one hell of a drive to hang out with us.

5. The Entire LeGrange Family. Man, where do I start with these guys? They did so much… The 50/50 raffle, the poker run, the logistics of it all… Such nice folks and really dedicated hot rodders.

6. Stan292. The father of the silent auction. So silent, that I only saw Stan once. I can’t thank him enough.

7. Metalshapes. Alex does it all and builds one hell of an air cleaner, does he not?

8. Warbozz. He did one hell of a job on our trophies with his polishing machine. I only wish I could have met him!

9. Brush. His art was on our t-shirts. We sold every single last one of them. Hero.

10. Bob K. He man handled the hotels like no other. Next Stop? City hall!

11. Every single damn person that came. As always, H.A.M.B. folks made it happen.

And I know I am missing some folks here. I litteraly just got out of my truck from the roadtrip and my brain is fried… They will come to me in the morning I’m sure. 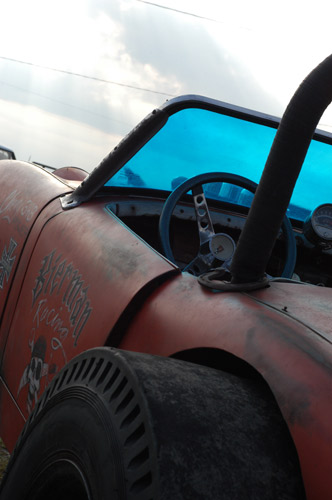 What’s next?
Since the rain cut our eliminations short, I wasn’t able to give out class trophies. I hope to get timing slips from the track this week and once done, I will announce and mail out the awards!

Stay tuned on the H.A.M.B. for tons of event coverage and photos!