Posted by Jive-Bomber on December 15, 2011 and filed under: Art & Inspiration

Widely regarded as one of the finest automotive poster artists of all time, Georges Hamel (Geo Ham) was born in Laval, France in 1900, demonstrating beautiful illustration skills from a very young age. His inspiration came from two events early in his life: First in 1911, when a biplane piloted by a local politician tossing out leaflets flew over Georges’ city, and landed there. Then in 1913, a race for motorcycles and cars was organized right in Laval. These two events hypnotized young Georges and fired up his passion for speed and starting his first sketches. At the age of 18 Hamel moved to Paris enrolling in the National School of Decorative Arts (Art Deco), and by the time he was 20, drew his first cover illustration for Omnia (French car magazine ) under the pseudonym of “Geo Ham”. He began getting his illustrations and fine art published on a regular basis by 1923, and by the 1930s was already established as the finest in his field. Ham was commissioned to create the now iconic Art Deco paintings, prints and posters for the Monaco Grand Prix, the 24 Hours of Le Mans and many other prestigious European Races. A highlight of his life was competing in the 1934 Le Mans race in a 2 liter Derby, and although fuel problems forced him to withdrawal, the experience only added to his passion for racing art. Geo Ham continued to illustrate cars, planes and motorcycles well into the early 1960s. 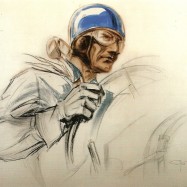 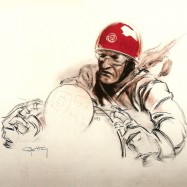 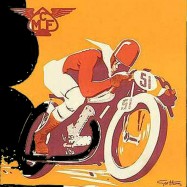 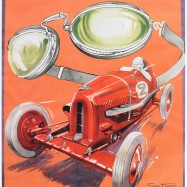 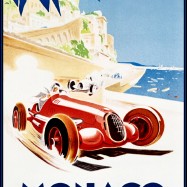 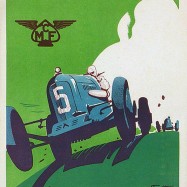 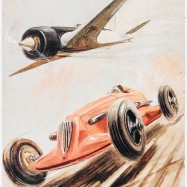 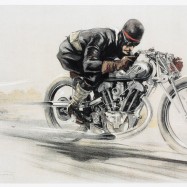 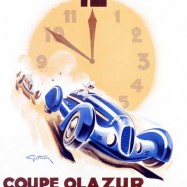