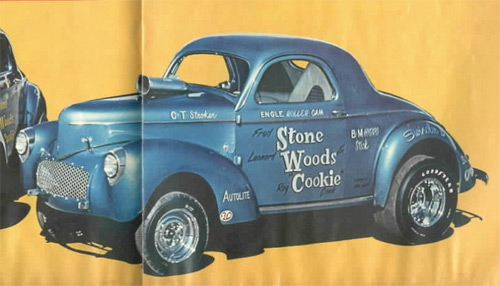 I was actually tooling around this guy’s blog and happened upon these photos. Ironically, I think he actually found the photos in the depths of the H.A.M.B. somewhere. Regardless, I’m in love with the candidness of them.

I’m guessing these photos feature Cook and his buddies although I am not sure who is who… Noticeably absent are Stone and Woods – both black men and both important Drag Racing pioneers. 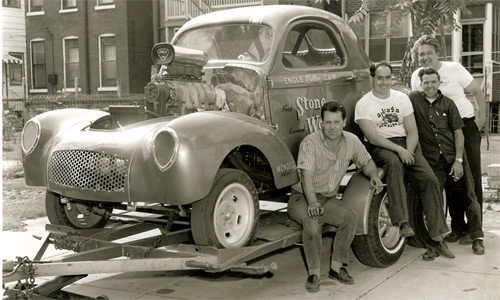 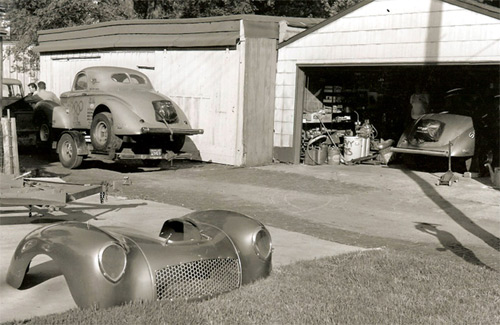 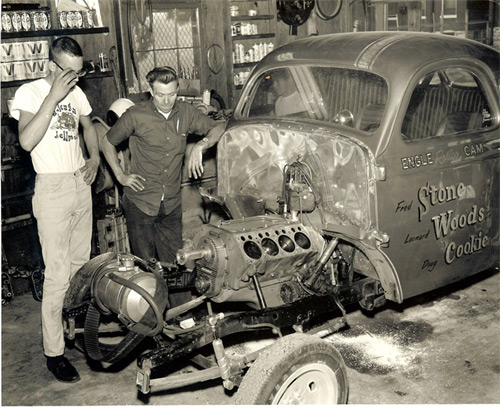 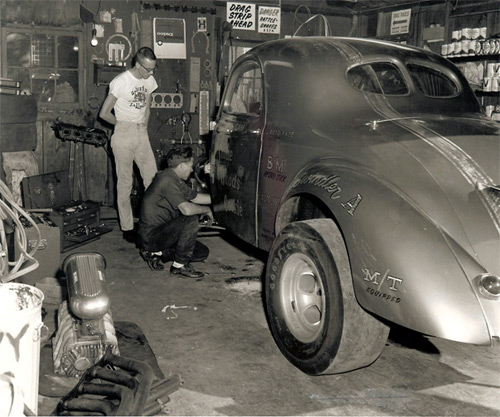 Coming from a drag racing family, I grew up around Stone, Woods, and Cook stories. Still, it wasn’t until a few years ago that I even realized that Stone and Woods were black. It’s a double edged sword… On one hand, I’m really proud of the heritage that doesn’t consider race. I like to think that Stone and Woods were hot rodders and that’s how their colleagues saw them back then. Race was something for the outside to deal with.

On the other hand, it saddens me that there is a significant absence of Stone and Woods in the historical media. You will often find photos of the Willy’s with Cook, but rarely (if ever) find published photos of the whole crew with the car. It could be a testament to the times… those battles have been fought… are still being fought… and this is the wrong forum for that discussion, but it deserves noting. Frankly, I believe it’s impossible for me (as a white guy) to report a fair assessment, so I won’t.

However, as a hot rodder I can tell you with 100% confidence that race cars and race teams don’t come much more important than the Stone, Woods, and Cook offering.