Stuart Hilborn first went to the dry lakes in 1938. He was shocked at the speeds seen and the experience changed him. At the time, he was working as a chemical engineer for a paint company. This pay check was enough to quickly put Stuart in a position to realize his new found dream, so it wasn’t long before he began an A-Roadster build of his own. It was while campaigning this car in 1939 that Stuart met Eddie Miller. Their personalities matched and the two found themselves talking about induction quite often.

Confident that he could do better than anything available, Stuart talked Eddie into helping him fabricate a manifold. Initially, he planned to use four large two-barrel Strombergs, but he simply couldn’t find any that suited him. Instead, he ran one large Buick Duplex carb and three Dodge D-7 carbs. The setup performed well and later found itself on top of the famous Hilborn streamliner.

Even so, we all know that Stuart Hilborn isn’t known for his carb mechanics. He’s known as the man that put fuel injection on the map. The idea came to him while he was in the Air Force during the war. He borrowed time at a machine shop in Mississippi (where he was stationed at the time), tinkered with theory, and teased his mind. It was an exercise of sorts – the benefits of which wouldn’t be fully realized until Stuart had saved enough money to buy his own equipment. He did so shortly after being released from the Air Force in 1946.

Stuart was obsessed and spent almost all of his waking hours on his fuel injection unit. By 1947, Stuart was back in California and ready to test his ideas in the field. The injection ran beautifully on his flathead powered streamliner and word spread quickly. Midget racers wanted Stu’s help.

Jim Travis and Frank Coon were having trouble setting up their Riley Carbs. Stu stepped in to help and installed one of his injection units on the 105 cc Offy motor. The motor instantly idled smoother, ran cooler, and showed much better characteristics at speed. Roscoe Hogan was the first to drive the car. After a test, he came back to the pits with a smile and said the Hilborn equipped car was the smoothest running race car he had ever driven. Roscoe went on to drive the midget to many wins across the state of California.

By 1948, the demand for Stuart’s injection was high enough that he was able to quit his job as a chemical engineer. One of his first projects as a full time fuel man was at Indy. Again, the Riley carbs were giving the big Indy motors fits. The first car to get Hilborn equipped was Jimmy Jackson’s front-wheel-drive car. Yet again, the motor ran smoother, cooler, and had much better characteristics on the track. By 1952, just about every car at Indy (even Ferrari) was using one of Stu’s units.

Still, Stuart’s passion seemed to be on the land speed courses. On June 5, 1948, Stuart drove his streamliner to 144.92 mph at El Mirage with an Eddie Miller intake. Later that year, the streamliner became the first to run over 150mph with Howie Wilson at the controls. Stuart planned to run the car again in August of ’48 with one of his injection systems, but fate changed all of that… During one of his first passes of the day, Stuart was running over 140mph when something went wrong. The car flipped. Stuart luckily escaped with only some skinned shoulders and a couple of cracked vertebrae, but that was it for his racing days… Stuart’s mom talked him out of ever getting behind the wheel again.

P.S. Next month will be a surprise… 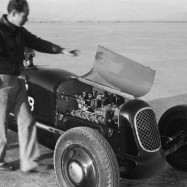 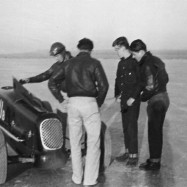 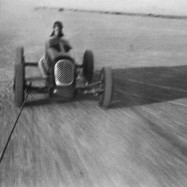 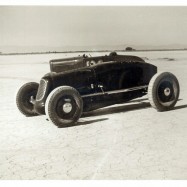 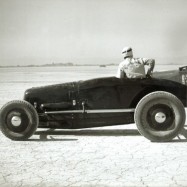 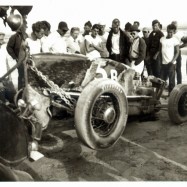 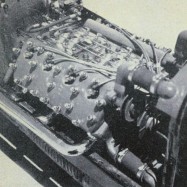 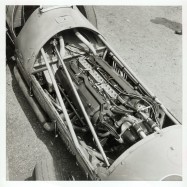 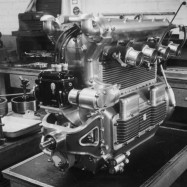