Indy With The Kelloggs

Posted by Ron Kellogg on March 12, 2010 and filed under: History

The Kellogg’s love of Indy cars started in the early 1950’s. I can remember laying in bed listening to the Indy race as it started around 9am in California. It was so exciting not only to hear the announcer’s voice for four plus hours, but also the sound of the Offy’s screaming around the track. It was a complete high for me. Moving forward half a century, I am still a racing fan. I still go to various events across California. And I still think about the great drivers from this state that always seemed to do well in the month of May.

I married my sweetheart of 52 years in 1957 and drove back to Indianapolis in 1958. We slept across the street in our 1958 Plymouth wagon, paid $10 for our standing room only seats, and even though the day featured a 16 car pileup and a death, my love for indy racing never succumbed. These were the days of drivers who risked their lives and made a difference on the track and the builders who worked as a team. If you had a shop, some ingenuity, and the drive, you had a chance to win Indy with a budget as low as $10,000.

Many years later, I started an automotive business focused around tires. The company did well and soon we found ourselves buying and selling millions of shocks, brake parts, and other items. One thing lead to another and my wife and I found ourselves “invited” to attend Indy. Gone were the days of the $10 cheap seats as we found ourselves perched in a suite next to the Hulman suite, and escorted there by police cars – often down the wrong side of the road to ensure we made the race on time. Damn lucky…

Next was the adventure of 1976 – our first Indy car. I saw an ad for an Indy roadster for sale in Hemmings. The car had finished 8th in 1960 while powered by a gorgeous Offy motor. I called and made an appointment to see the car. I had planned to trade my 300SL on the car, but the deal fell through. Months later I tried again and found the owner in Hawaii. Mr. Howard mentioned the car was in St. Louis, gave me a price, and I went for it. Not long after, my wife and I were pulling the dirty little roadster home to California. In Arizona, we were running close to 80mph when a trooper pulled along side us and gave us a thumbs up. I guess if you’ve got an Indy car, some highway laws just don’t apply.

In any case, enjoy the photos of this story. They were taken as we found the car in St. Louis, pulled it back to California, and began the reconstruction process with the help of Gordon Schroder. Gordon raced his own cars at Indy in the 1950’s and was a great man. He also introduced me to Sam Hanks – the ’57 winner. Sam would end up taking our car on parade laps at the Ontario Speedway in 1979. Of course, we are still great friends with Sam’s wife, Alice, and she still looks as good as she did the day won that great race in 1957.

These photos are being seen for the first time and I am pleased to have them for all of you as your all nuts like myself. If this excites you for the good ole days, next month I’ll do something on fuel injection and the engines that tried the STU Hilborn system in 1948 and after.

Regards and thanks again to Ryan for putting up with this old guy. 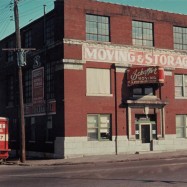 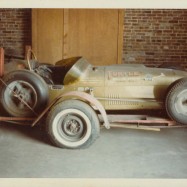 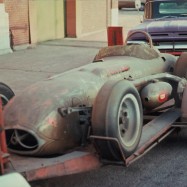 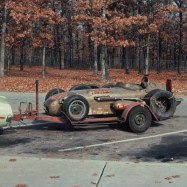 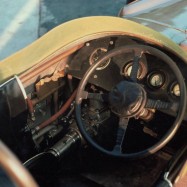 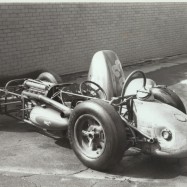 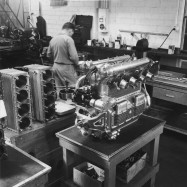 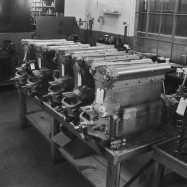 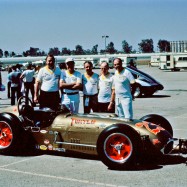 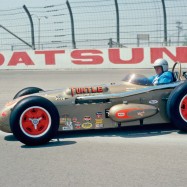 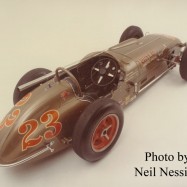