Posted by Ryan on November 23, 2022 and filed under: Feature Articles, Tech

I don’t do this very often… pimp other people’s wares… BUT, a few months back my buddy Curt had an idea and sent a text:

“Two things about quick changes are that you have to vent them, and that when refilling after a gear change it can be tricky getting oil to the fill hole without getting it all over yourself. So I sketched up a design for a mini tank that would mount in the trunk with a line running out the bottom and down to the rear so it would act as a breather, and also give you a place to fill oil after a gear change. What do you think? Viable?”

Viable?! Hell yes. And anyone that has filled a quick change with oil will tell ya the same damned thing. Fire up the printers and don’t stop ’em until you stop making quick changes…

So Curt did what he does… He created. And since he’s at Winters Performance now, he has the resources to get some real shit done. All it took was some sketching, a call to Chico at Moon Equipped, and presto – I am now holding an early production model of the Winters Remote Breather Tank.

It’s boss fellas… and if you are the owner of a quick change rear, you are gonna want one too.

Details here. They should be available for sale real soon and I fully expect Curt to drop a link on this thread once they are. Keep an eye out. 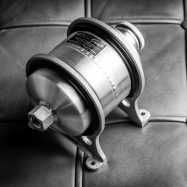 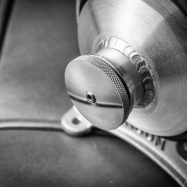 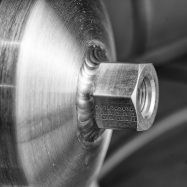