Last week, I got an email from Belgium in broken English describing an early Ford endurance racer built for the Mille Miglia. I was having issues deciphering the email and asked the sender (Willems) if he could send me some shots of the car. This is what I got back: 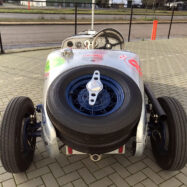 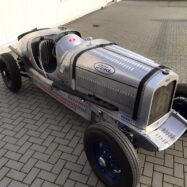 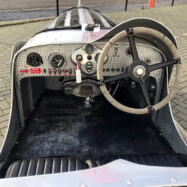 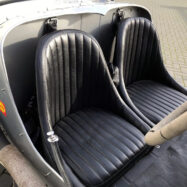 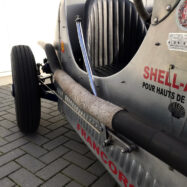 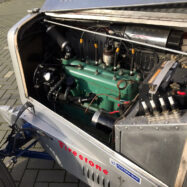 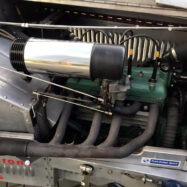 Now normally, I don’t go for Model-A roadster race cars with boat tails and cut down doors and… But this little racer has something to offer.  Obviously, it’s a modern build. There’s no age to speak of here. But, if you get rid of all the stickers and drive the shit out of this thing, I don’t think it would take long for the character to build.

Even so, I think it’s the details of this car more than the whole picture. Three things stand out the most to me. First is the engine turned dash. Rally clocks and rows of switches are both things that I love, but what I really like is the built-in “fuse panel.” I don’t know if I care for the implementation in this example, but I absolutely love the idea of accessible fuses on the dash. Add a little “spare fuse” panel and you got something.

Secondly, I really dig the spare spark plug rack. This is really common on European endurance cars of the era and I think it works really well here in support of the banger motor. Do your best to ignore the alternator.

And finally, you can’t ignore the liberal use of safety wire all over the damned thing. In practice, this would be a total pain in the ass, but the detail and texture it adds is almost worth it.

In any case, this isn’t a car I would typically stop and study. From 500-feet it looks a bit like one of those cars you’d see driven by an old fart who just spent $1500 on a speedometer so he could compete in the Great Race. But the closer you get, the more you start to see details and ideas that are actually quite relevant to what we do. I dig that kind of thing…