Bringing the Lee Titus Roadster Back to 1959: In Print

Posted by J.Ukrop on September 2, 2022 and filed under: Event Coverage, Hot Rods

I’ve said it once and I’ll say it again: I work with some of the best folks in the industry. Year after year, I get to be involved in some of the best projects that the hot rod and custom car world has to offer. Print, digital, video, podcast, you name it, I love it. Today, let’s wind down our Pebble Beach Concours d’Elegance coverage with a few words about my latest journalistic endeavor.

Earlier this summer, I was at home in Michigan when my phone rang. It was my good friend Roy Brizio calling from South San Francisco. Right off the bat, he hit me with a question that we both already knew the answer to. “Would you be interested in making a Pebble Beach Judges’ Book for the Lee Titus Roadster?” he asked. “Of course!”

It wasn’t long before I was sitting in Roy’s office collecting historic photos, magazines and books for research. My heart began to race as I imagined the black lacquered roadster sitting on the 18th fairway among the sea of world-class machines. We talked concept, layout, and format, and then I was on my way.

The next part is my favorite. Starting with a blank page and a pen, I made a rough sketch of how I wanted everything to look. I took inspiration from vintage magazines as well as some of my dog-eared books of yesteryear. As the scanner buzzed and the black-and-white images popped up on my computer screen, I thought about where they would have the most impact.

By the time everything was in place, I dove into my stack of documents. One by one, I wrote the captions, making sure to include just enough information without going overboard. With the deadline fast approaching, I buttoned everything up and proofed it more times than I can count. Before I knew it, my part of the project was finished. 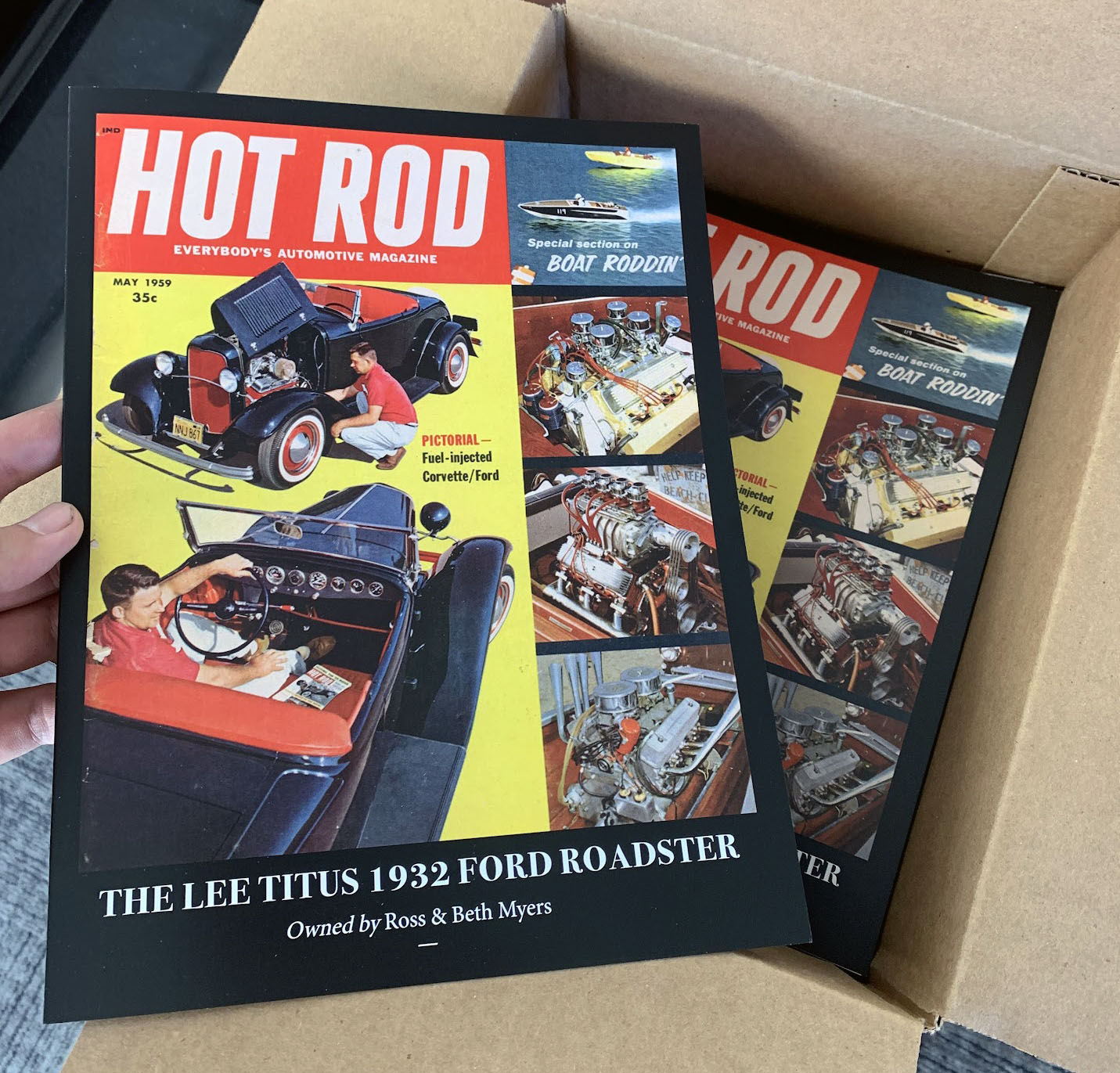 Hot off the press!

I’ve long been a fan of the Lee Titus Roadster. As I put together the book, I concluded that the car was—without a shadow of a doubt—way ahead of its time. The ’32 speaks for itself. Fuel-injected smallblock Chevy, full fenders, flawless paint, dropped axle, dash-full-o-gauges, show-level detailing—it was a contemporary classic when it was finished 1959.

Like so many other significant hot rods, the Titus roadster underwent a series of changes. Stylistically, it bounced around from the ’50s to the ’40s and then into the ’60s. It went through a string of well-known owners before finding its way to Ross and Beth Myers of Boyertown, Pennsylvania. They worked with the Brizio team to return it to its May 1959 Hot Rod Magazine cover form. The finished product is breathtaking, to say the least.

Even though I wasn’t able to make it to the Concurs this year, I watched the coverage closely on Instagram as well as the H.A.M.B. The Titus Roadster took home the Dean Batchelor award, which, according to the show, is given to the “most significant car related to our Hot Rod heritage.” A great honor for an incredible 1932 Ford. Congratulations to everyone involved!

For the complete Titus history, make sure to check out HEMI32’s excellent thread here 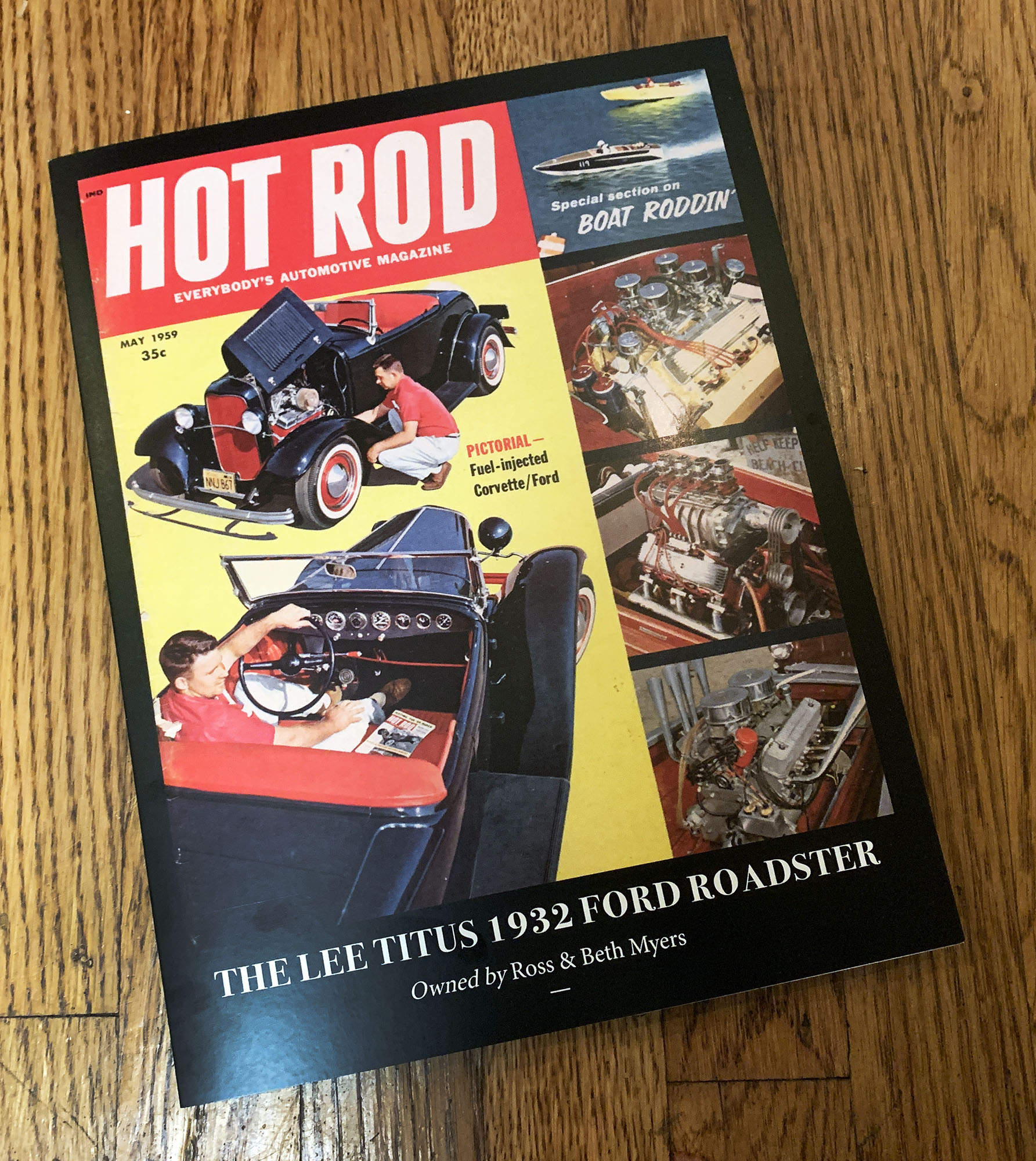 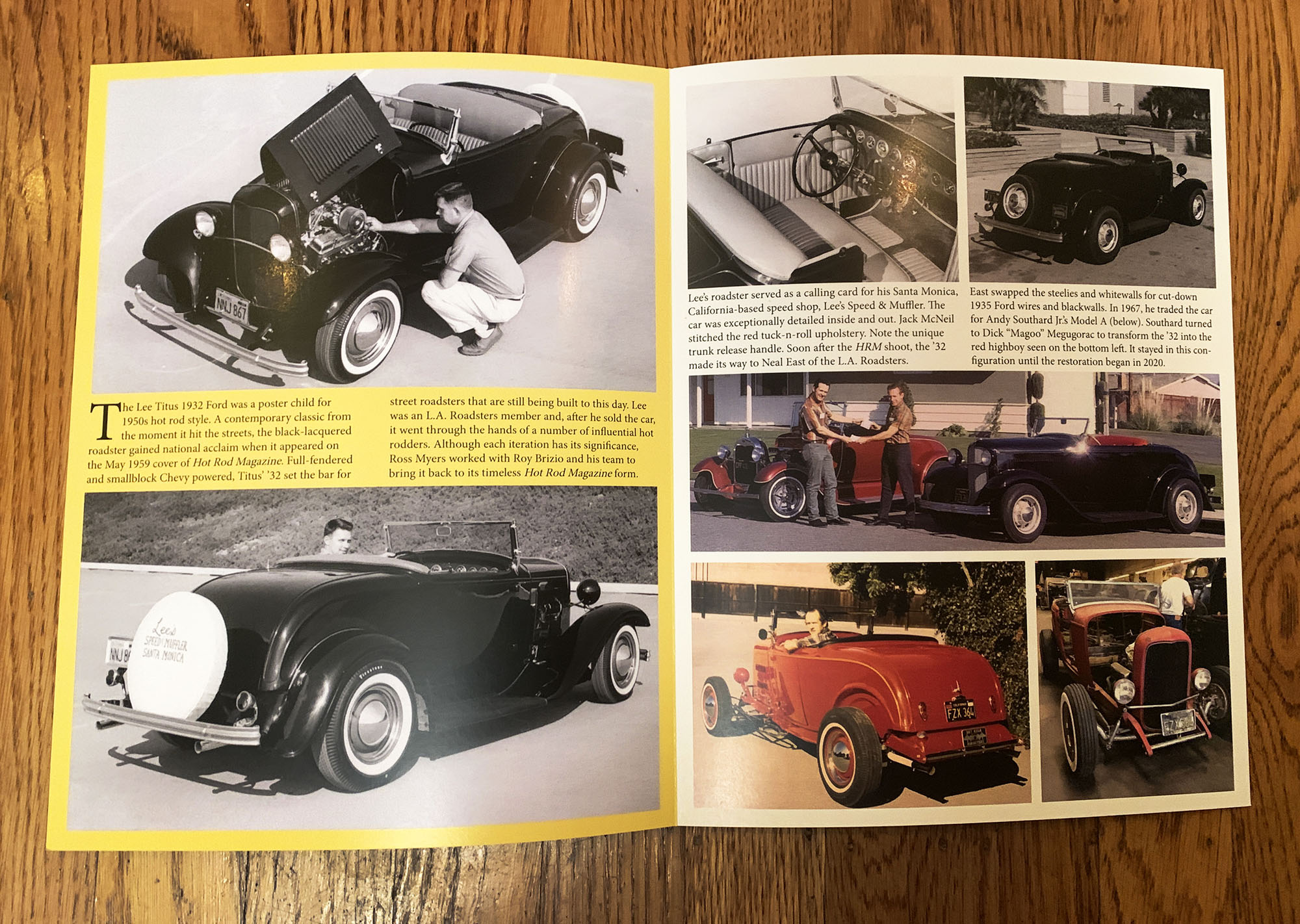 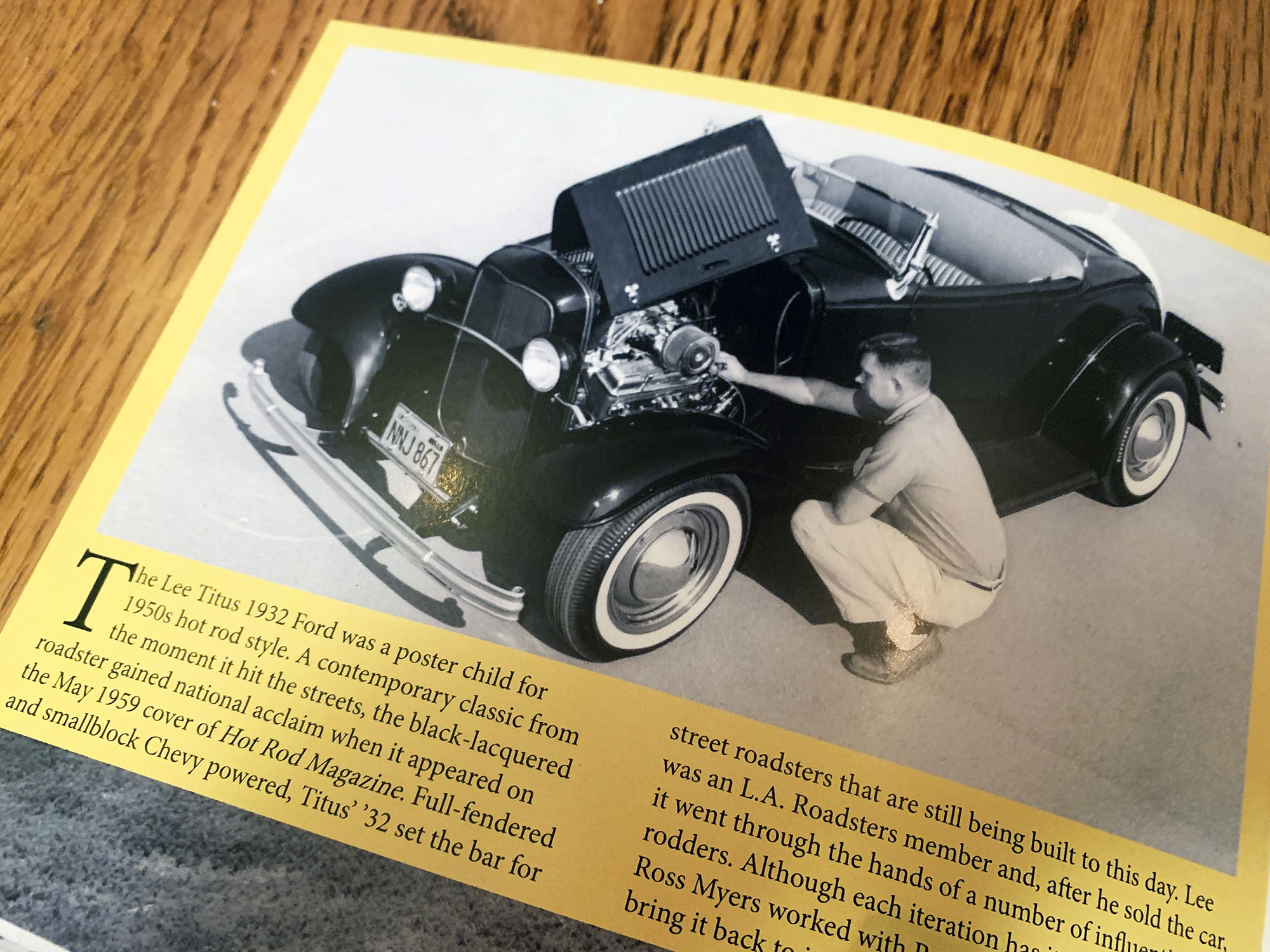