I’ve been in Hawaii for the past few months and it’s been an desperate struggle to not bore you guys with constant Hawaiian Hot Rod history all summer. I’ve been able to fight off the urge, but I head back to Texas tomorrow and just can’t fight it any longer… So, bear with me just a bit.

Last year, I stumbled upon an image of the Yokogawa Special in a 1964 edition of the Honolulu Times. The Special, owned by Dickie Yokogawa, was a simple Chevy roadster setup for drag racing. That’s all I knew from the image and caption, but I yearned for more.

This past evening, I sat down with a stiff a drink and plenty of time to search the Library of Congress for more information. I didn’t find much, but I was able to find the results of the race that the before mentioned photo and caption promoted. Dickie’s A-Modified Roadster went 11.833 at a 122mph… In 1964… On a fucking island in the middle of knowhere (spl).

That’s crazy to me. Even by today’s standards, sub-12’s are pretty quick. But in 1964 and with the limited resources Dickie faced? Damned quick.

Anyway, Dickie was part of the Hawaiian Hot Rod Association. The HHRA was first formed by the Poi Pounders Hot Rod Club in 1957. First known as the Territory of Hawaii Hot Rod Association, the group changed their name after statehood in 1959. The coolest part? Their logo – a piston set inside a traditional Hawaiian Poi Pounder. 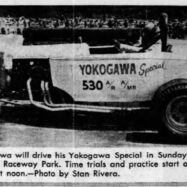 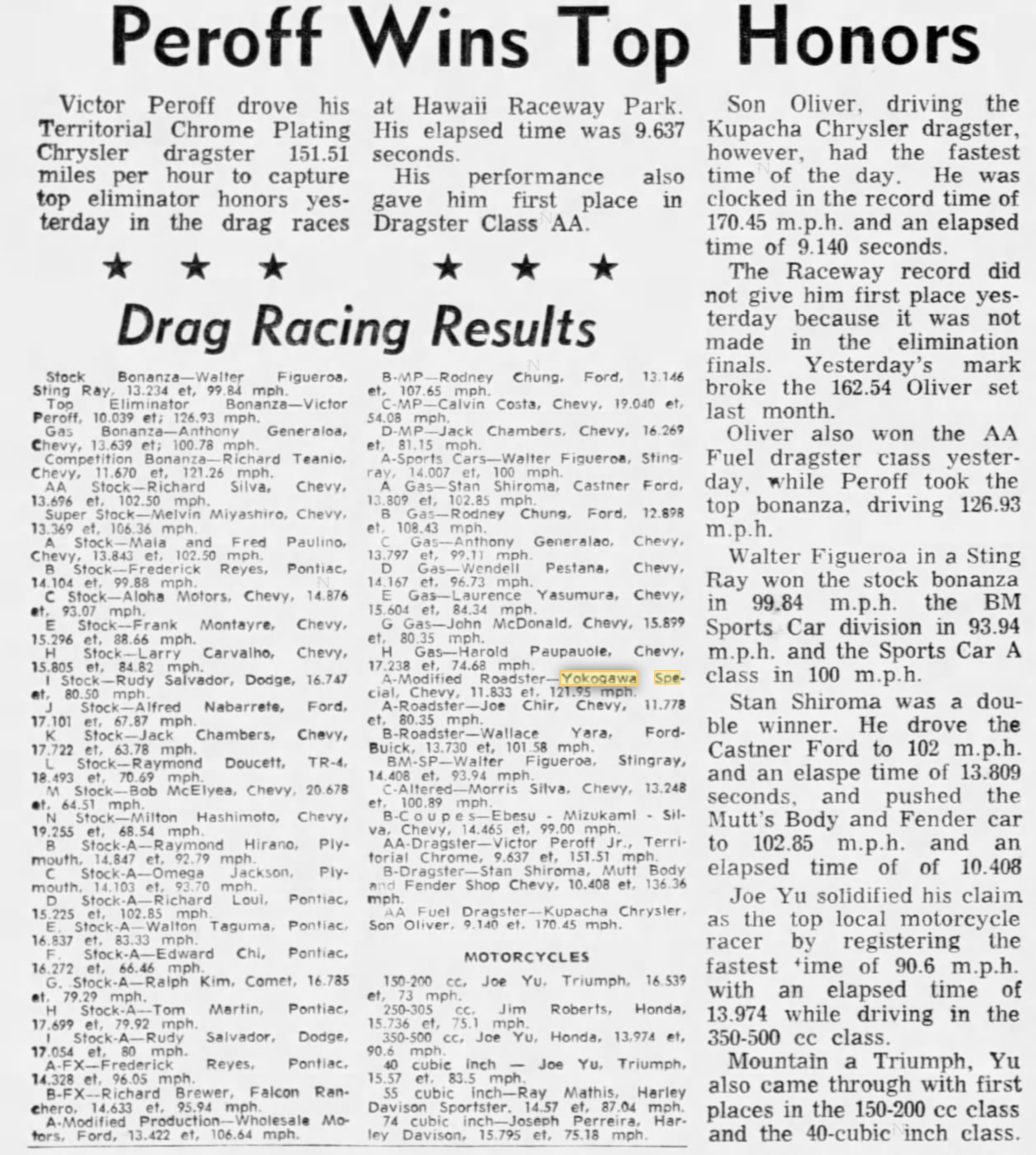 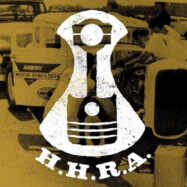