After Briggs Cunningham’s experience at Le Mans with the Cadillacs, he decided that it was time for a full send. If Detroit wasn’t going to build a sport purpose car, he was and he started by buying the Frick-Tappet Motor Company and quickly producing a prototype. The C-1 was a small roadster with a massive chassis fabricated from 3″ steel tubing and a large x-member that fortified both the front and rear crossmembers. The suspension was sprung by coils and fully independent. The power plant of choice remained the 331-inch Cadillac. 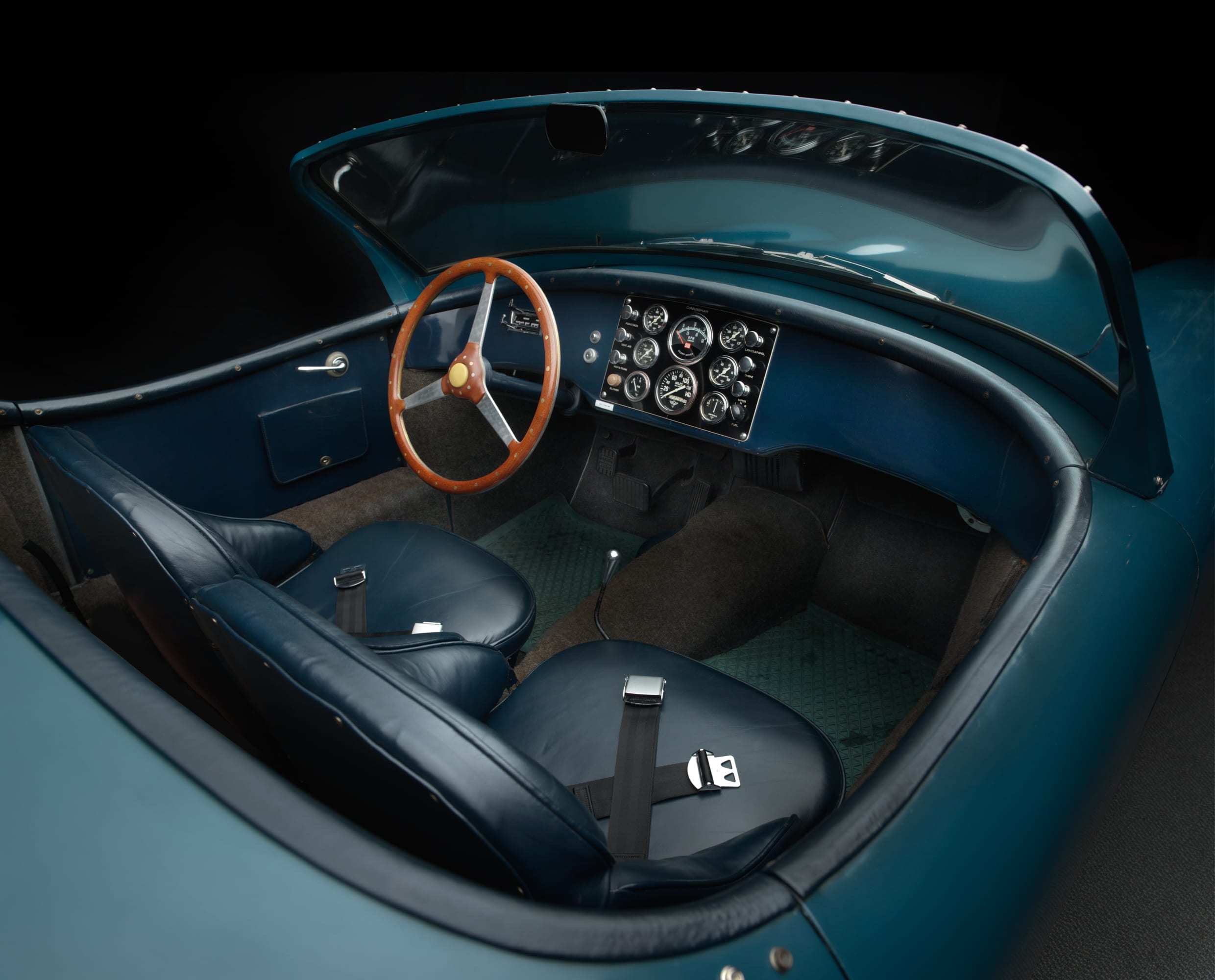 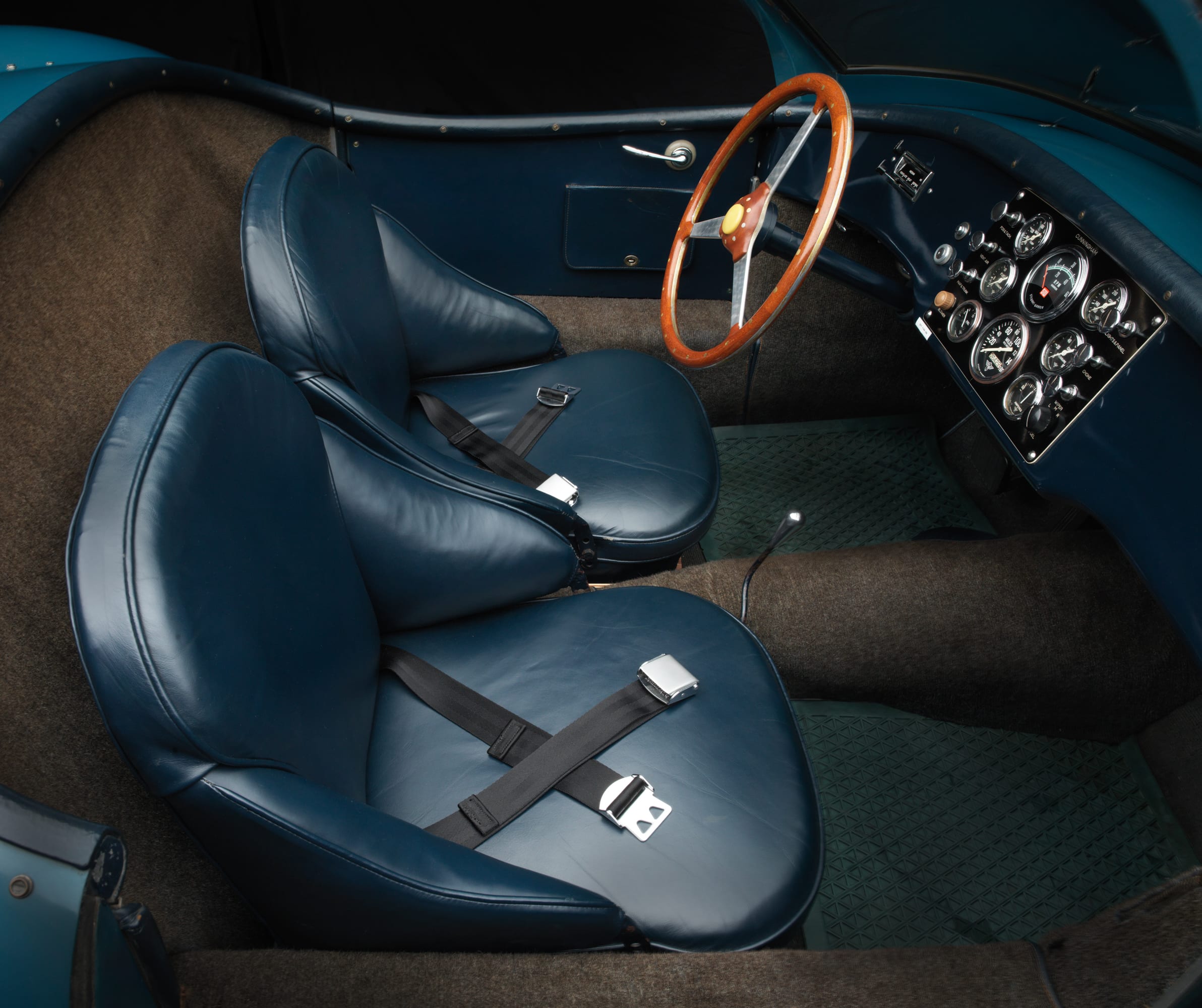 The C-1 concept showed potential and laid the foundation for the C-2R. However, early in production the relationship with Cadillac soured and Cunningham needed to find another supplier. He chose Chrysler and the C-2R was outfitted with a 331″ Industrial Hemi.

At Watkins Glen and Elkart Lake, the C-2R proved to be fast. But again, the car was just too heavy to be competitive at Le Mans. Tires, brakes, clutches… they were all over taxed when put to use for periods longer than a conventional race. 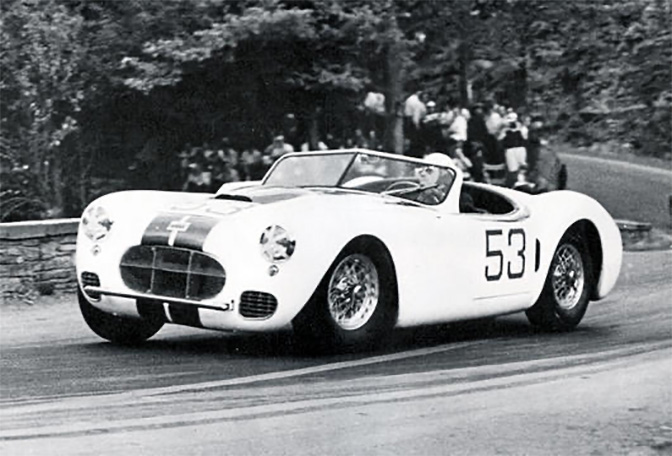 In 1952, Cunningham returned to Le Mans in the C-4R (roadster) and the C-4RK (coupe). These cars ran a significantly lighter chassis and Chryslers with power bumped to 325 horsepower. Three teams of two driver’s each took the flag, but two cars retired early. Cunningham drove the C-4R for twenty hours straight before Bill Spear brought it home in fourth place. 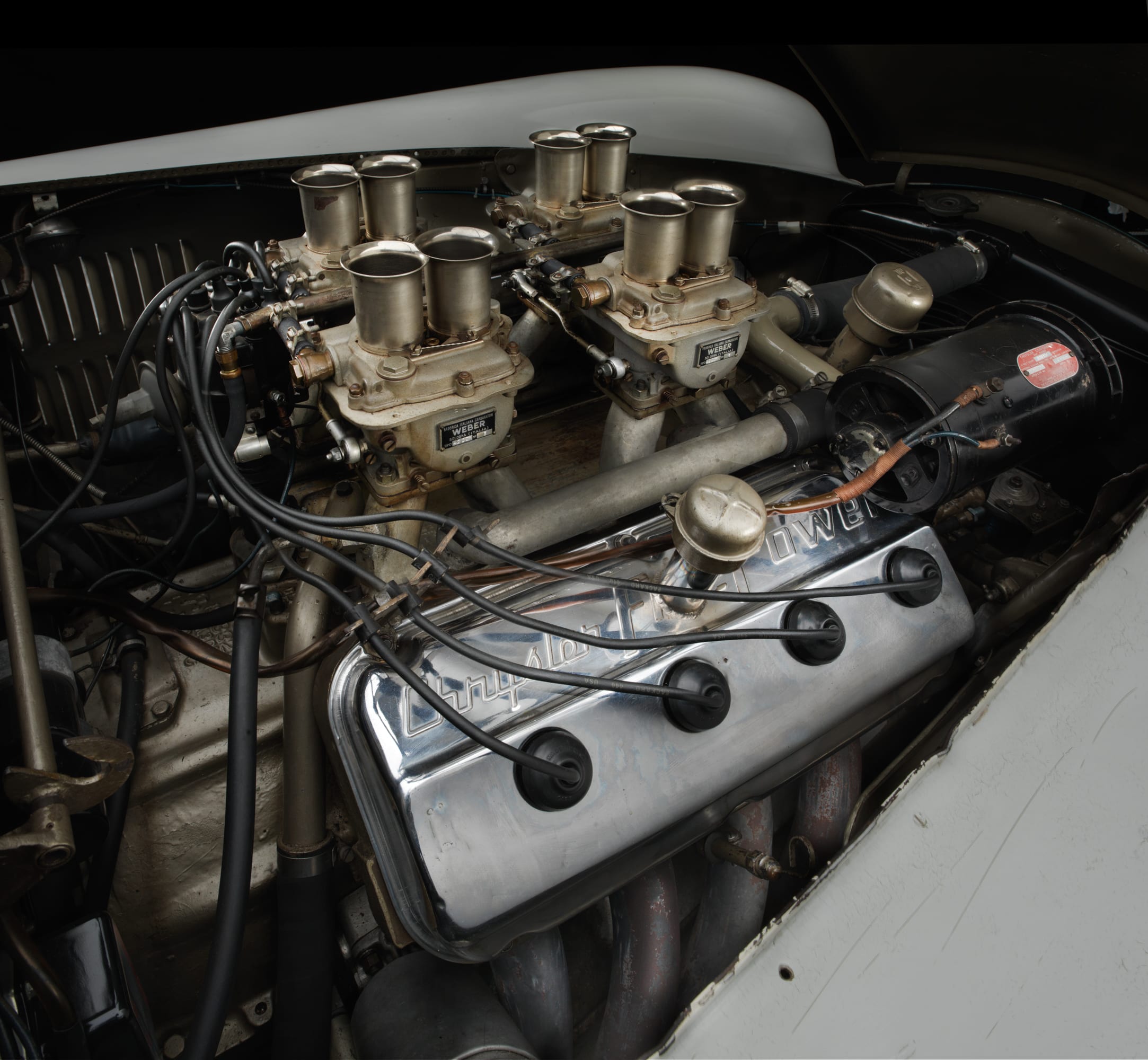 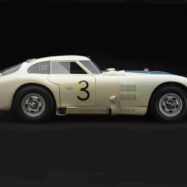 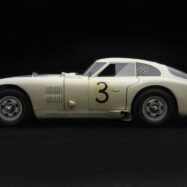 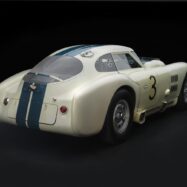 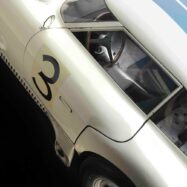 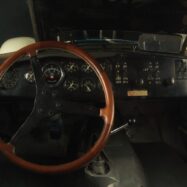 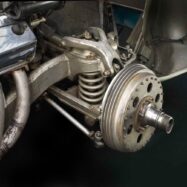 In 1953, the cars were further developed and finished seventh and eighth while the new C-5R finished third, behind two “unbeatable” Jaguar C-Types. The C5-R was an interesting car in that it took a step backwards in order to go forward. The state of the art independent suspension was replaced by live axles front and rear while torsion bars were used rather than coil springs. Those simplifications along with a new aluminum body (designed by Reid Railton) ended with a car almost as light as the European competition. To make up the difference, the C-5R ran drum brakes with an incredible 17″ diameter – the largest brakes ever fitted to a modern race car. 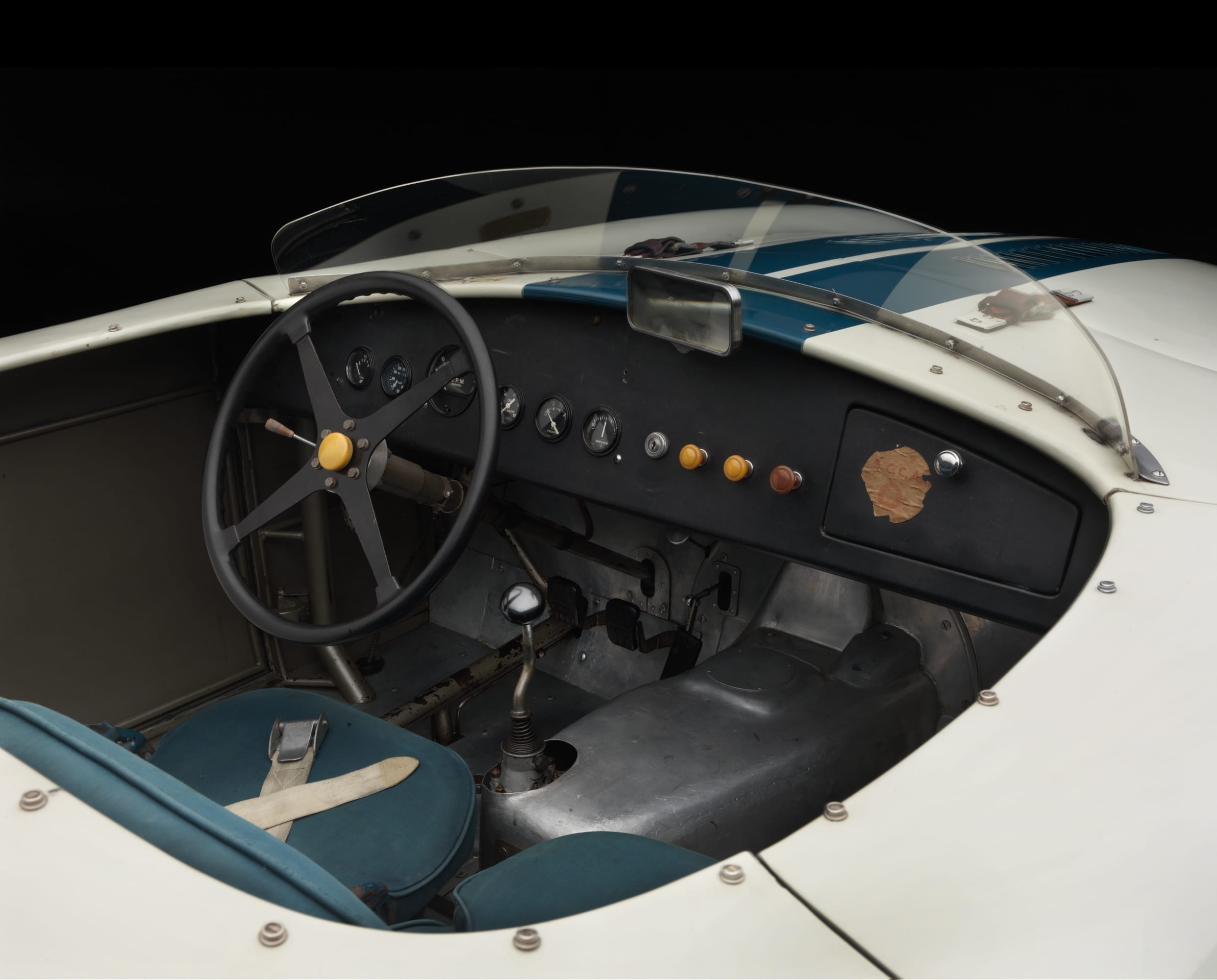 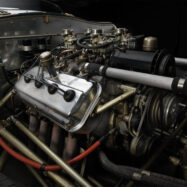 By 1955, Cunningham was fed up with losing and decided to start again from scratch with the C-6R. The new car was Cunningham’s first designed from engineering drawings and his first to put weight at priority one. The result was a European sized roadster built all from aluminum. For power, they chose the venerable 4-Cylinder Offy made famous at Indianapolis. The car was fast and competitive, but the Offy motor just wasn’t capable of delivering power over a 24-hour period. The lone C-6R retired from Le Mans after 18 hours. 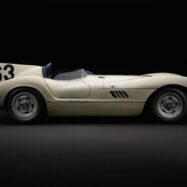 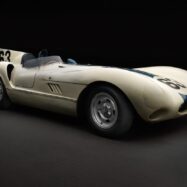 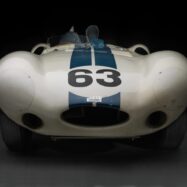 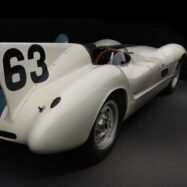 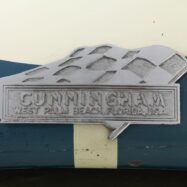 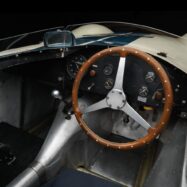 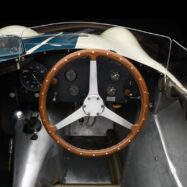 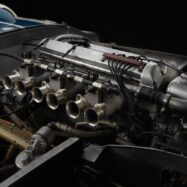 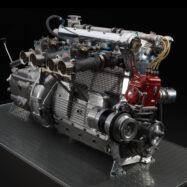 Around the same time, the IRS was starting to take notice of Cunningham and his race team. After deliberation, they determined that the Cunningham operation wasn’t actually a viable business or even an attempt to be one. Instead, it was a tax write-off for a rich man’s hobby. New tax burdens along with the tragic 1955 accident at Le Mans that changed racing forever, spelled the end of the B.S. Cunningham Company.

And you’d think that would spell the end of Briggs Cunningham at Le Mans, right? It wouldn’t… 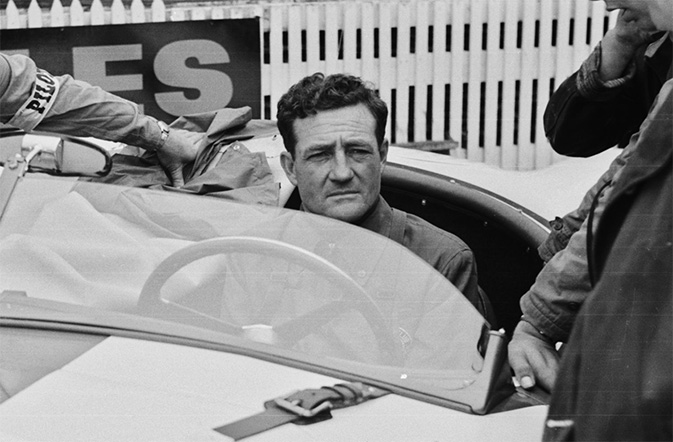