Bill Leonard is a philosophy professor and a lifetime hot rodder. He wrote a passage for a book I’m helping with and recently, this passage was edited out. I loved his perspective and asked the author if I could run it here. He agreed and…

Let’s first set the stage. It’s winter time in 1956. Daytona Beach is hopping. In just six short hours, the world famous Daytona Beach race will take place and thousands of eager fans have already swarmed to the area. And what better way to anticipate speed than to participate with it?

Bill Leonard was there. At the time he was just 17 years old, but he remembers it well. “It had become tradition. The week before the race, we’d get our hot rods out and cruise the streets. There might have been short blasts of speeds or burnouts, but there was no organized racing of any kind. None that I knew of anyway. The streets weren’t long enough and the congestion with people and cars made that sort of thing impossible.”

“That year (1956) was no different. My brother had a 1928 Ford Roadster with a stock flathead. The double deuce intake was just for show and the open exhaust was for effect. We just drove around in a big loop and revved the motor whenever we saw a pretty girl or a like minded car.”

“It didn’t seem any different from years prior. No more cars. No more people. But suddenly, a line of cop cars closed off the loop. As traffick back up, cops started pulling people out of hot rods and taking them away. To avoid the hassle, guys starting hopping curbs and driving around the road block. Then, there was a lot of smoke. You couldn’t see a thing and all you could hear was screaming, shouting, and loud bangs.”

“My brother took an alley and then a back road and parked the car at our parent’s house just a few blocks away. We walked back towards Atlantic Ave to see what was going on. By then, the National Guard was there and people were hurling rocks, beer bottles, and anything else they could get their hands on.”

“There was a really nice 1934 Ford Sedan. I remember it well, because it had an Oldsmobile motor and at the time, overheads were a big deal. A police officer was using the car for high ground – standing on the top and swinging wildly at everyone around him. We waited him out and once the crowd around him dissipated, my brother helped him off the now destroyed top of the ’34.”

“As soon as he got down, we could hear a NASCAR official on a loud speaker trying to talk the crowd into calming down. The police officer turned and put my brother in cuffs. I ran like hell and never looked back.”

“That night, my parents were able to pick my brother up. We explained to them what happened and our mother was able to talk my dad out of his anger. But the next day, the newspapers started running stories about riots and our dad took the hot rod away.”

“Disorderly conduct was the charge. Worried about being punished for something he didn’t do, my brother decided to leave Daytona. He moved to Santa Barbara and went to the Santa Barbara College (Now UC Santa Barbara). I followed a year later and our parents moved west about five years after that.”

“My brother and I were still into fast cars. There was a significant difference in the hobby between Florida and California. In Florida, hot rods were admired until something went wrong. The fingers always pointed to the ‘criminals’ in fast cars. But in California, it didn’t seem like people had nearly as many pre-conceived notions.”

“I’ve often read about America’s car culture and how California is largely responsible for it. And when I do, I think about the ‘Hot Rod Riots’ of Daytona and our experience with it. I’m older now and have spent a lifetime with hot rods as well as a career studying both philosophy and group dynamics. Fear vs. acceptance.”

“Hot rods on city streets were a relative new thing in Florida. The public feared the unknown and pointed fingers towards things they didn’t understand.”

“Conversely, hot rods and hot rodders were a known commodity in California. Hot Rodders were your local grocery bagger or gas station attendant. Kids of parents you knew and maybe grew up with.”

“In 1960, my bother and I drove up to the Grand National Show. Saturday night of the event, we all met up at a drive-in to check out the local scene. By nightfall, we were cruising the streets – revving motors again, chirping tires, that sort of thing… Before long, a kid in a 1932 Ford crossed the line and made a full pass from one light to another where a police officer was in waiting.”

“I was in a 1957 Corvette and remembering Daytona, I immediately pulled into a grocery store parking lot and started walking. But instead of a riot, I saw the police officer take the kid’s keys away. He then walked the kid across the street to a diner where they called his parents.”

“By the time the kid’s parents arrived, a full crowd had formed. They laughed and joked as the young man’s father took him off by the ear – leaving his Ford parked on the side of the road and the police officer holding his keys.”

“I don’t know what ever happened with that kid or his hot rod, but I know what didn’t happen.” 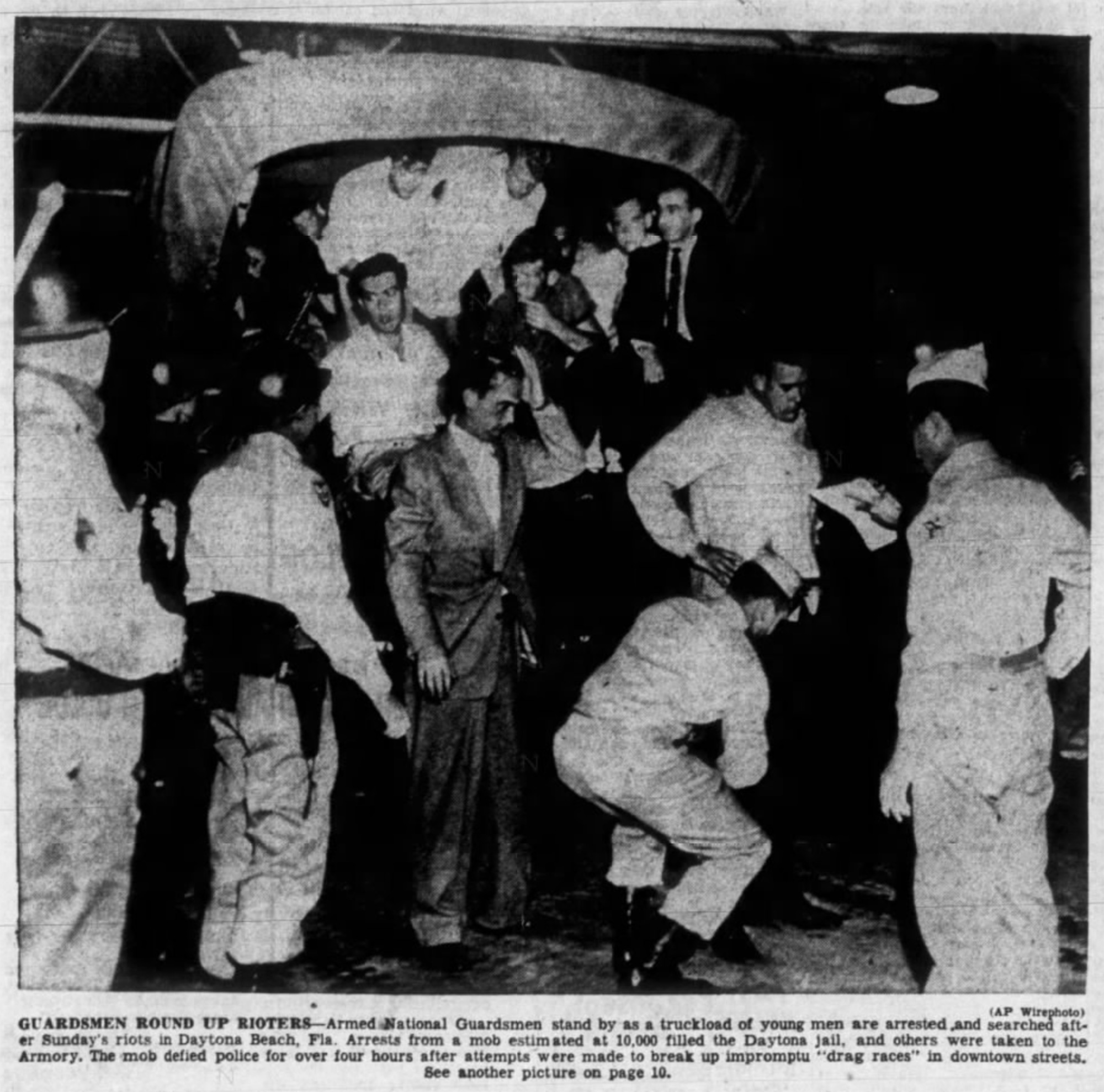 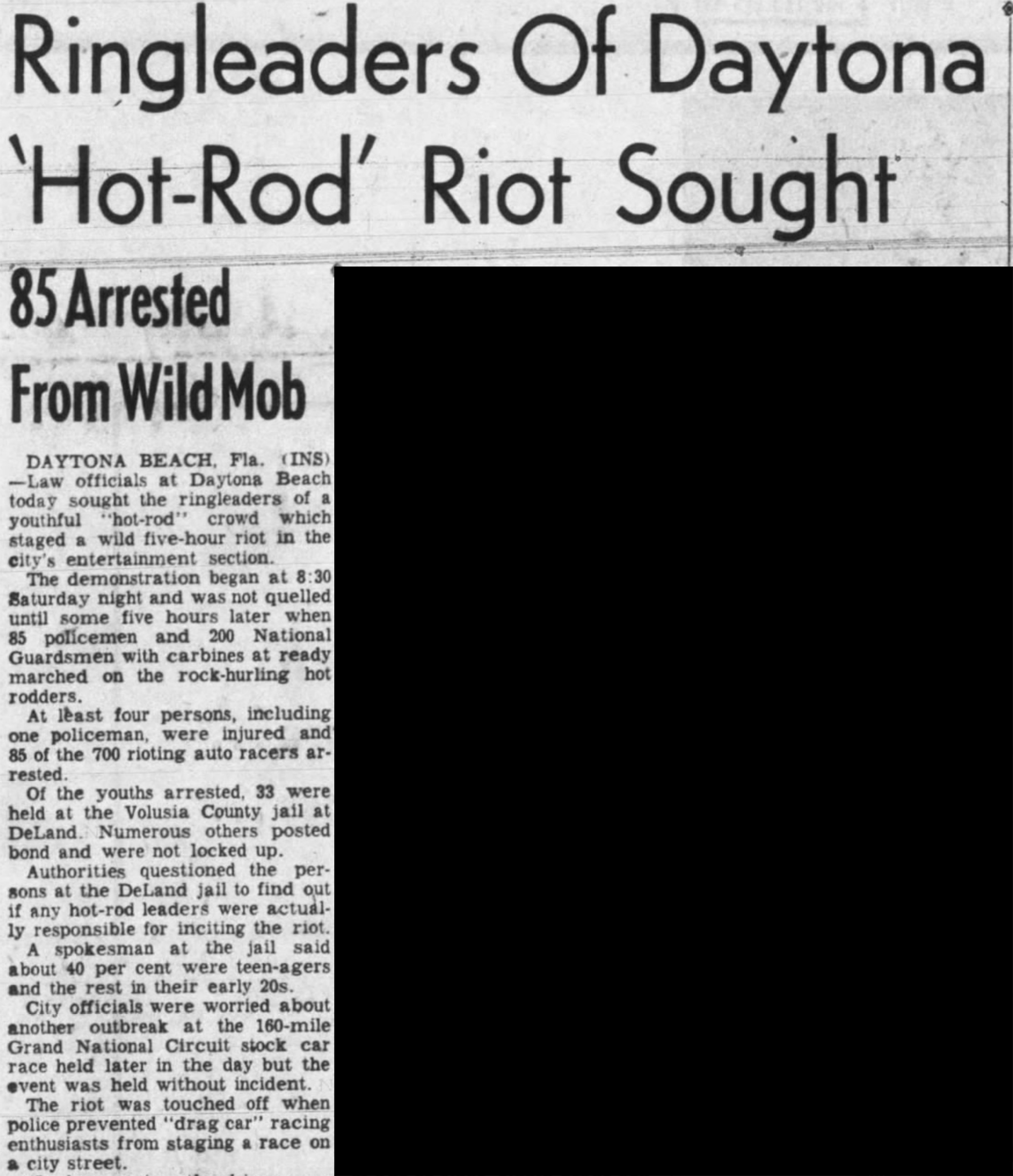 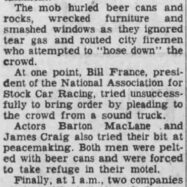 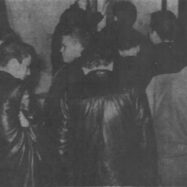 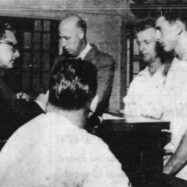 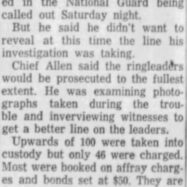