Tom McMullen made me do it. Well, sort of. I never met the guy, but that hell-raising, large-cat-wrangling, magazine publishing mogul certainly changed the way I looked at hot rods and, more specifically, quickchange rearends. Even though the car I’m building has almost nothing to do with his famed, flamed 1932 Ford, I’m the first to admit that it’s been a favorite of mine since day one.

When I originally set out to build my Model A roadster, I envisioned a channeled, unchopped ’30 on Model A rails. It was going to be a low-buck, East Coast-style car with cycle fenders, whitewalls, steelies and smallblock Chevy power. In theory, that all made sense. Yet, as I tried to slip behind the wheel of my friend’s heavily channeled A, I realized that it simply wasn’t going to work. I’m 6’ 3”, and anyone who has ever sat in a Model A knows that they’re not the most spacious cars in the world.

So, what did I do? I bought a 1932 Ford frame. As I went to pick it up in Oregon, I was already dreaming about the next steps. Four-inch dropped heavy axle, unsplit ’32 wishbone, flathead, ’39 trans and, if I played my cards right, a quickchange. Why? To be perfectly honest, it’s 90% about function and 10% about form. 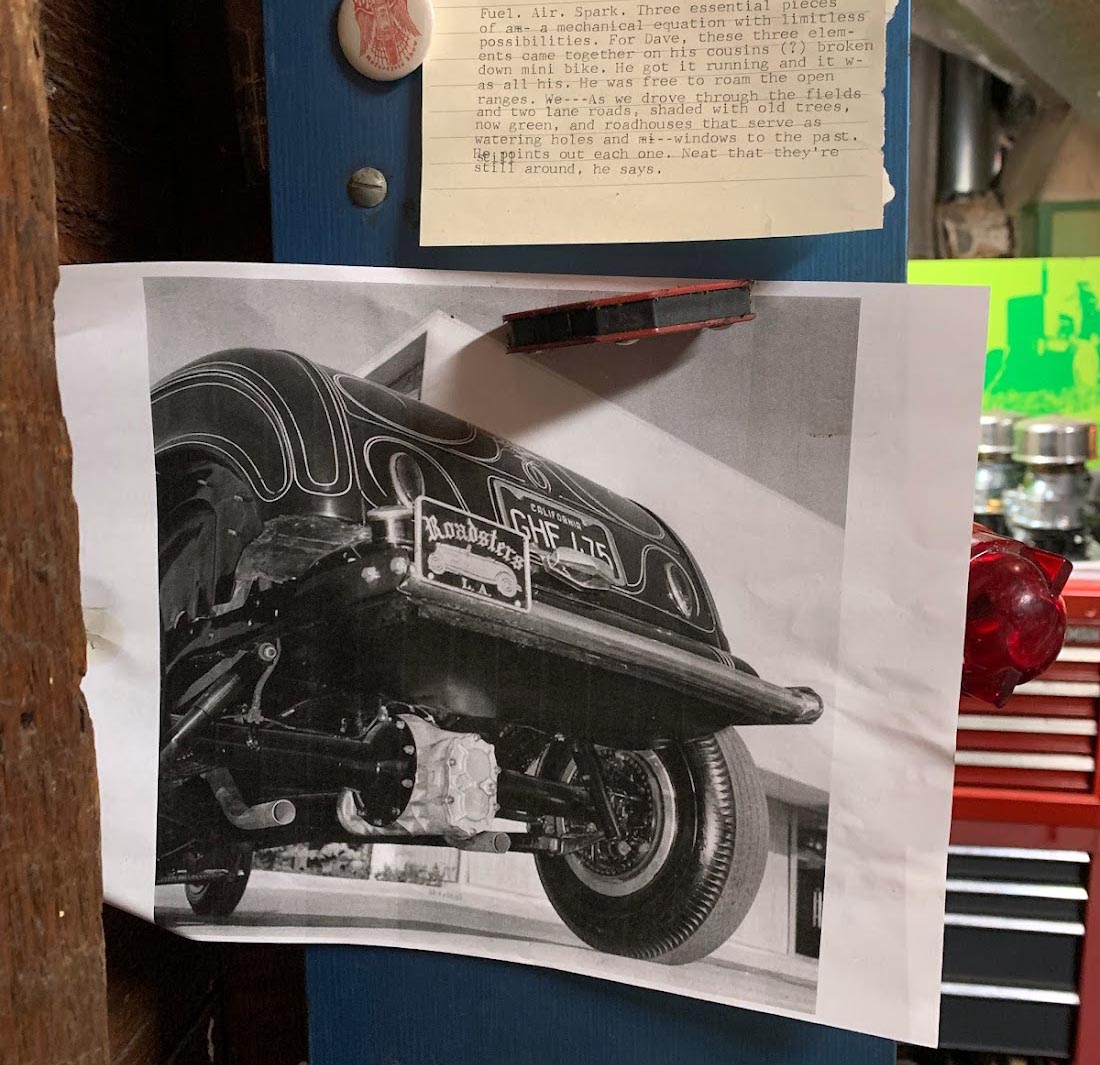 I’ve had this image stuck in my head for the better part of a decade. I now have it stuck to my cabinet for inspiration.

When you only have one hot rod, you build that car to do it all. That’s what Tom McMullen did with his ’32. By the time it appeared in the April 1963 issue of Hot Rod Magazine, Tom had driven it 151mph at the dry lakes and dipped into the mid 11s at 127mph at the drags. Best of all, it was his daily driver.

For me, it’s less about racing and more about streetability in a wide variety of situations. Living in San Francisco, it’s appealing to have a gear set for climbing hills and bombing around town. Then, when it’s time to hit the freeway for an extended road trip, it’ll be nice to switch the rear gears to keep the RPMs down. (Whenever I think of cross-country hot rod adventures, my mind always skips to Jim “Jake” Jacobs, Bud Bryan and Ron Weeks driving from L.A. to Memphis in 1971 in their flathead-powered roadsters, all of which had quickchanges. But that’s a story for another day…)

Dreaming of a quickchange is one thing; running one is a completely different story. Last December, I launched a full-fledged investigation. Interviews, questionnaires, charts, graphs, tarot card readings—anything and everything was on the table. By February, I had made my decision. I called up Hot Rod Works in Idaho and ordered a brand new Rodsville 201 quickchange. I then looked to Ben Thomas of Rancho Deluxe to put the pieces together.

Using a 1940 Ford banjo as a starting point, Ben stripped, cleaned, and prepared the axle for the aluminum centersection. The axle features a 3.78 ring and pinion, and it’s outfitted with new Winters gears. Ben is a master of his craft, and I thoroughly enjoyed watching him build it from halfway across the country. Here’s a quick behind-the-scenes glimpse into his process. 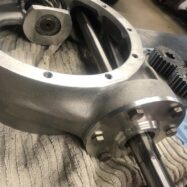 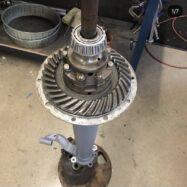 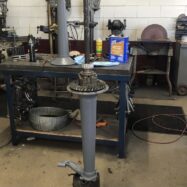 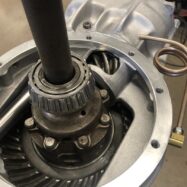 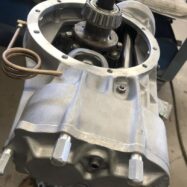 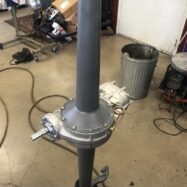 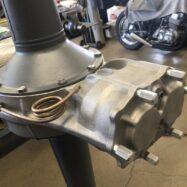 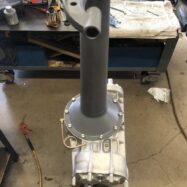 As you read this, I’ll be standing by my front window waiting for the FedEx truck. Per their last email, the truck will be arriving in the early afternoon. It’s hard to believe it, but I’m finally getting my first quickchange. I’ll keep you posted as things progress.