Rajo Jack was one of America’s first black race car drivers. He raced stock cars, midgets, motorcycles, and anything else he could get his hands on… and he won a ton of races up and down the west coast during the 1920’s, 30’s, 40’s, and 50’s. But how many races he actually won has been up for debate for half a century. Some say he was just merely successful while others claim he was absolutely dominant.

But why all the mystery? Why did it take more than 50 years to understand just how good Rajo Jack was? The answer is both embarrassing and fascinating… See, most racing organizations of the period didn’t allow “coloreds” to compete. So in order to race against the best, Dewey Gatson lied about both his name and his origin for almost two decades.

When Dewey entered his first race at a Northern California fair, he told the promoters his name was Jack Desoto and that he hailed from Portugal. The cover worked and Dewey raced his ass off for years under different names and different aliases.

In fact, the cover was so successful that eventually he was hired by Rajo Motor Manufacturing to sell their heads and speed kits. His sales skills earned him the nickname of “Rajo” and so his new alias was born – Rajo Jack.

He was also successful with a wrench. Dewey grew up in Texas and just had a natural knack for the mechanical. This came in handy in the pits – not just on his own race car, but on other’s as well. Before long, Dewey got to be pals with the other white drivers and slowly, his story started to leak.

Real hot rodders don’t see color. They see speed and power. And so it was only natural that when Dewey won over his white colleagues, they became some of his biggest allies. After one event in the midwest, Dewey and the other drivers hit up a diner for dinner. The owner refused to serve Dewey, but the other drivers weren’t having it and walked out with him.

There are more stories like this. They seem oddly charming with more than fifty years to blunt the point of the spear, but they are actually terrifying to think about. Dewey’s life was incredibly dark with bright spots of hope and I don’t want to give it all away as there a book that does it better than I ever could:

In it, Bill Poehler documents Dewey’s journey from Tyler, Texas to the pits of Oakland with years and years of research that finally lays to rest Dewey’s track record of success. It’s a tough book to read, but I dunno if you can fully appreciate the origins of hot rodding, racing, and American ingenuity without suffering through it.

Dewey’s last race came in 1954. The Honolulu Chamber of Commerce sponsored the AAA-sanctioned sprint car event and insisted that Dewey compete. By that time, he was riddled with injuries due to racing accidents and was even blind in one eye, but still managed to give a showing. More importantly though, he raced as himself.

He passed away of heart failure in 1956. 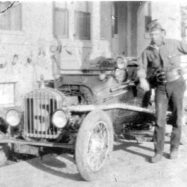 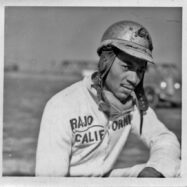 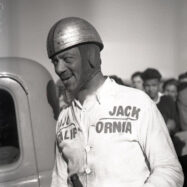 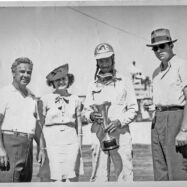 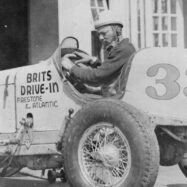 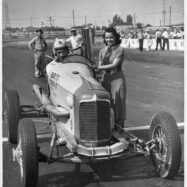 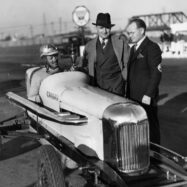 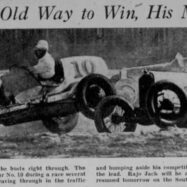 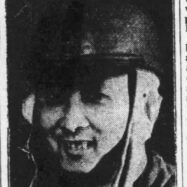 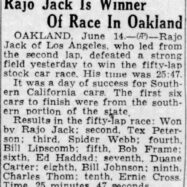 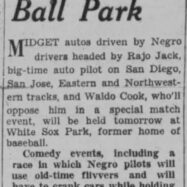 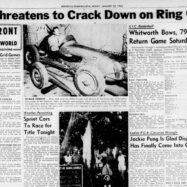