As part of my previously mentioned research with the Library of Congress, I’ve been tasked with finding the origins of the word “hot rod” as it pertains to the news media. Now, this might seem easy enough – just use the power of technology and search strings and… presto, there’s the article – right?

It hasn’t been easy. It’s been hard. I kind of hate it… I mean, why in the hell did so many journalist have to use the term “hot rod” in the 1930’s while covering the industrial revolution? There are millions of search hits that have nothing at all to do with fast cars or hot women and each takes time to vet and clear from the list. It’s a true pain in the ass with little gain to speak of.

But, in the process I have found something pretty interesting. It’s an article in the February 28, 1946 edition of the Los Angeles Daily News. And thus far, it’s the first instance I’ve found of a newspaper addressing the classic argument of whether or not a publicly funded race track would put an end to street racing. Even better? The writer, Charles Gesner, brings to light a number of different terms that I now love.

First, he leads with one of the best all time feature graphics – Two roadsters tearing around the coliseum with the headline of “Hop Ups.” It’s the kind of thing that belongs on the cover of an early Hot Rod magazine and not the cover of the Daily News while flanking an article describing hot rodders as “squirrels.” That’s right. According to Mr. Gesner if you are young and on the hunt for speed, you are in fact, a “squirrel.”

I’m trademarking that shit right now. Who’s up for a heads up racing event called the Piccadilly Circus Nationals? Those squirrels must be remembered and honored! 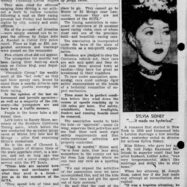 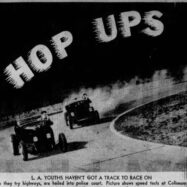 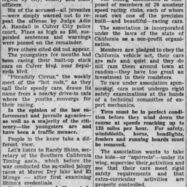 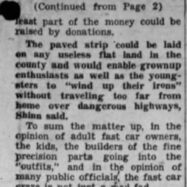 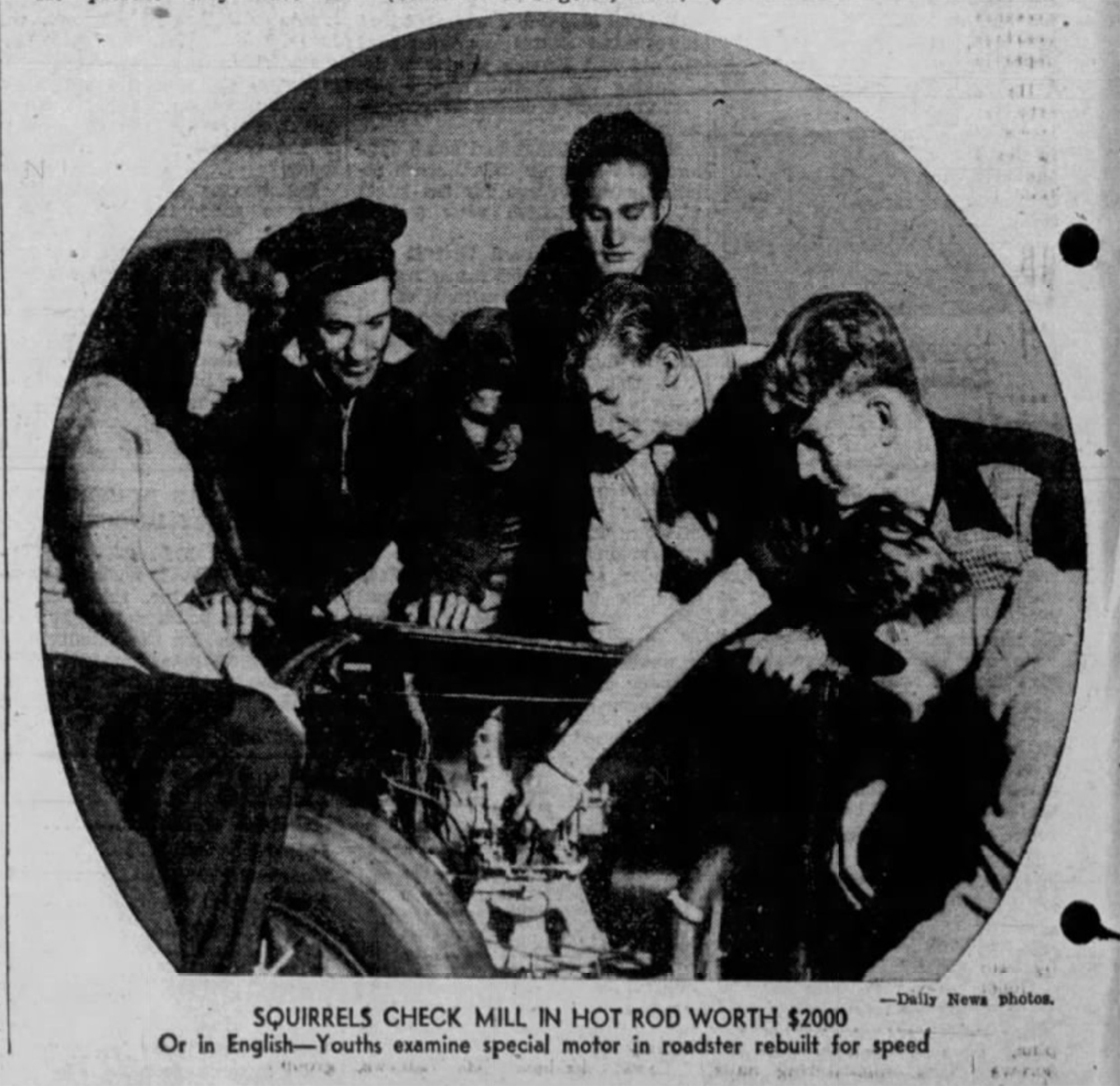