Posted by Ryan on November 8, 2021 and filed under: Event Coverage, History

Back in March of ’54, Austin was hosting the 2nd annual National Sports Car Races at Bergstrom Air Force Base. Essentially, the Air Force closed down the runways and created a 4.9 mile road course with cones and hay bales in order to host the race. Once they were done, however, they had an unused taxi way that was just about long enough to hold a 1/4-mile drag race.

What to do with such extravagance?

Colonel Don Blakeslee was put in charge of the event and from day one, he was worried about attendance. The year prior hadn’t gone as planned – the weather was bad and attendance was light. And while the race wasn’t particularly expensive to host, there were costs involved and the last thing Blakeslee wanted to do was turn in another red balance sheet. He needed a way to ensure local Austinites were interested in coming out to the base.

And what better way to do that than to recruit a few motivated youngsters from the local high schools to promote the event for him? As an exchange for services, Blakeslee figured an open hot rod race would be more than enough to wet their beaks.

After a little research into the local hot rod scene, Blakeslee was able to recruit Bill Lindig (Houston guys will recognize that name) with his ’27 T, Henry Henze with his ’40 coupe, and Bobby Raatz with his ’32 coupe. The idea was to bill these kids as drivers of the three fastest hot rods in Austin… and using the base’s spare asphalt, they would figure – for once and for all – who was the fastest.

Not satisfied, Blakeslee continued to work on other side events. Added to the lineup was some sort of a “jet race” as well as a race between Hornet (the fastest quarter horse in the state of Texas), Allen Lawler (billed as Texas’ fastest sprinter), and Rocket Gregory in his “$11,000 Jaguar.”

By the time the Colonel was done promoting, every damned newspaper within 500 miles was calling the National Sports Car Race a “must attend event.” Hell, even Jimmy Stewart made his way to Austin… where he had to be disappointed by the long bathroom lines and lack of parking, right? I mean, if Helen Burges was to be believed in her letter to the editors of the Austin Statesman:

“The National Sports Car race was an embarrassment to the state. Traffic on the unorganized parking surfaces, thirty minute wait times for the washroom, and food lines that were too long to stand. We can and need to do better in representing Austin.”

That old bag sounds fun to party with, right? In any case, one must wonder if she took the time to watch the actual racing. If she had, she would have seen Bill Lindig take the title as the fastest hot rod in Austin,  Rocket Gregory smoke a quarter horse as well as a sprinter, and whole shit ton of other speed festivities.

Man, they knew how to throw a party in Austin back in the day… 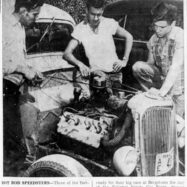 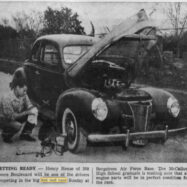 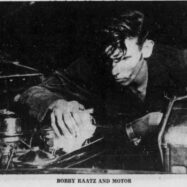 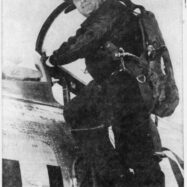 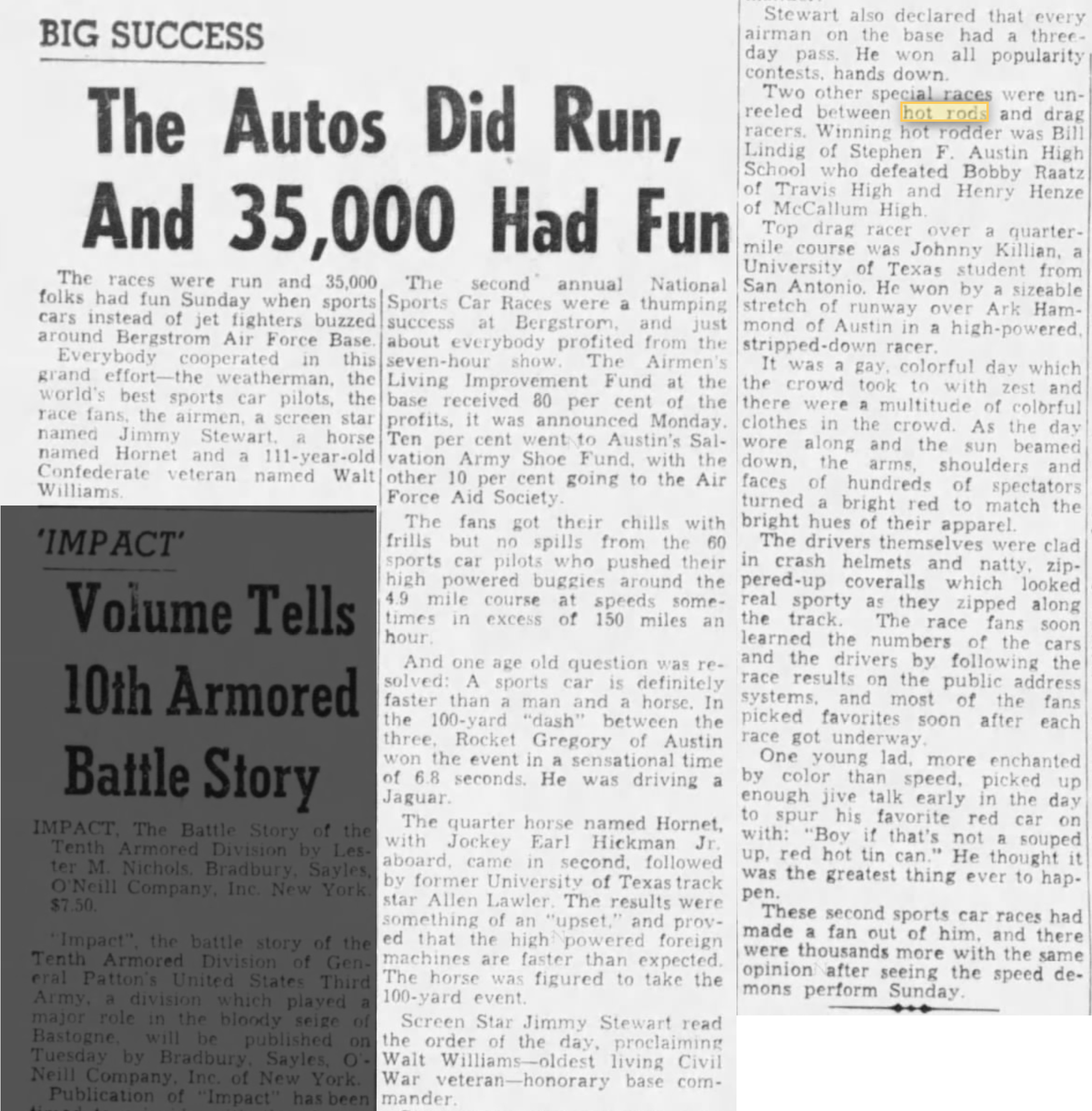