The Hirohata Mercury is For Sale… (Next Year)

Posted by Jive-Bomber on September 8, 2021 and filed under: Customs

You might have already heard the word that the one and only real Hirohata Merc is going up for sale at Mecum’s Kissimmee Florida sale in January.  It’s hard to fathom, but this car has been with the same family since 1959 when a 16 year old Jim McNiel bought it off a used car lot (in its ‘Running Wild‘ configuration) for $500. After years of ownership on a young man’s limited budget, and then being a newlywed, the car was stored in 1964. The mighty Merc might have never been brought to life if it weren’t for Saint Pat Ganahl reached out to Jim in the late 1980s and offered to have Rod & Custom document the restoration… and subsequently cover the cost to do so. To Jim’s credit, he wanted the car put 100% back to the original 1952 Kustom version, including fresh paint by Hersh ‘Junior’ Conway. The freshly restored Hirohata Mercury (sans-interior) was shown at the Oakland Museum for the 1996 exhibit ‘Hot Rods and Customs: The Men and Machines of California’s Car Culture’… and I was there! Unfortunately Jim passed away in May of 2018, and after many years on display at the Petersen Automotive Museum, his family is ready to let the car go.

The Mecum auction has highlighted the bullet points of why this particular custom Mercury is so important, including: 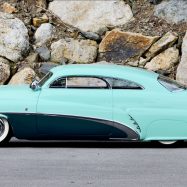 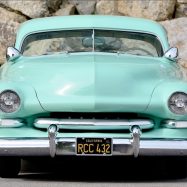 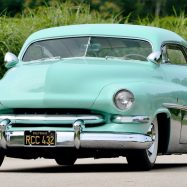 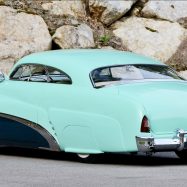 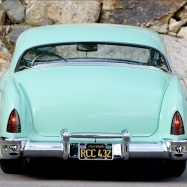 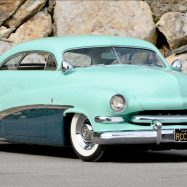 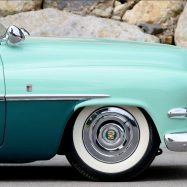 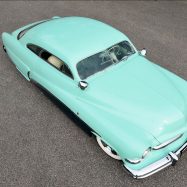 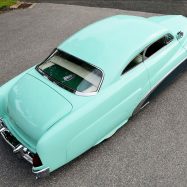 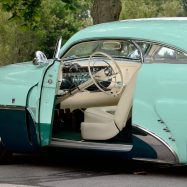 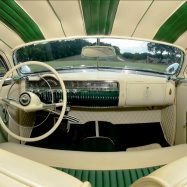 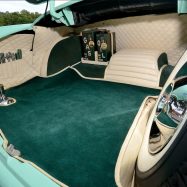