Posted by J.Ukrop on April 2, 2021 and filed under: Art & Inspiration, Customs, History

The best images stick with you. Regardless where you see them, they work their way into your head and take up residency for days, weeks or maybe even longer. Last month, I stumbled upon one of those shots within the depths of the internet. It came in the form of a scanned Ektachrome slide of a vibrant Northern California scene from nearly 70 years ago.

More often than not, these old images require a great deal of conjecture. Much to my surprise, this one was the total opposite. Here’s what the poster, Paul Penna, had to say:

“Our 1948 Hudson parked on Fifth Ave. in San Rafael, California, in late 1953. You can just make me out in the middle of the front seat between my mother and, at the wheel, my father. 2-1/4-square color transparency taken by my big brother.”

There’s no denying that the shot is well-composed, but it’s the color that grabbed me. The Hudson’s green is so rich and full (and opalescent, per the factory literature). Even though it was five years old at the time of the photo, the chrome gleams and there isn’t a dent, ding or scratch on it.

Although Hudsons have made their mark in the hot rod and racing world, this two-door stocker has an undeniable custom look to it. Check out the tube grille, flowing bodylines and overall sleek profile. From this angle, it almost seems chopped, doesn’t it? Combine that with the lower rocker trim and rear fender skirts and you have yourself one ultra-modern automobile.

Beyond the Hudson, the rest of the scene is a snapshot of mid-century Americana. The 76 station is crisp and clean, and their 1937 Ford truck has been finished to a similar level of detail. (I would like to think the board on the front is to push-start their dragster.) Either way, it’s a great addition to the shot.

The world is a much different place than it was when Paul’s brother captured this moment in time. We can’t change that. We can, however, take a moment to enjoy the simplicity of a good looking family car parked on San Rafael’s Fifth Avenue.

Photo from the Paul Penna collection 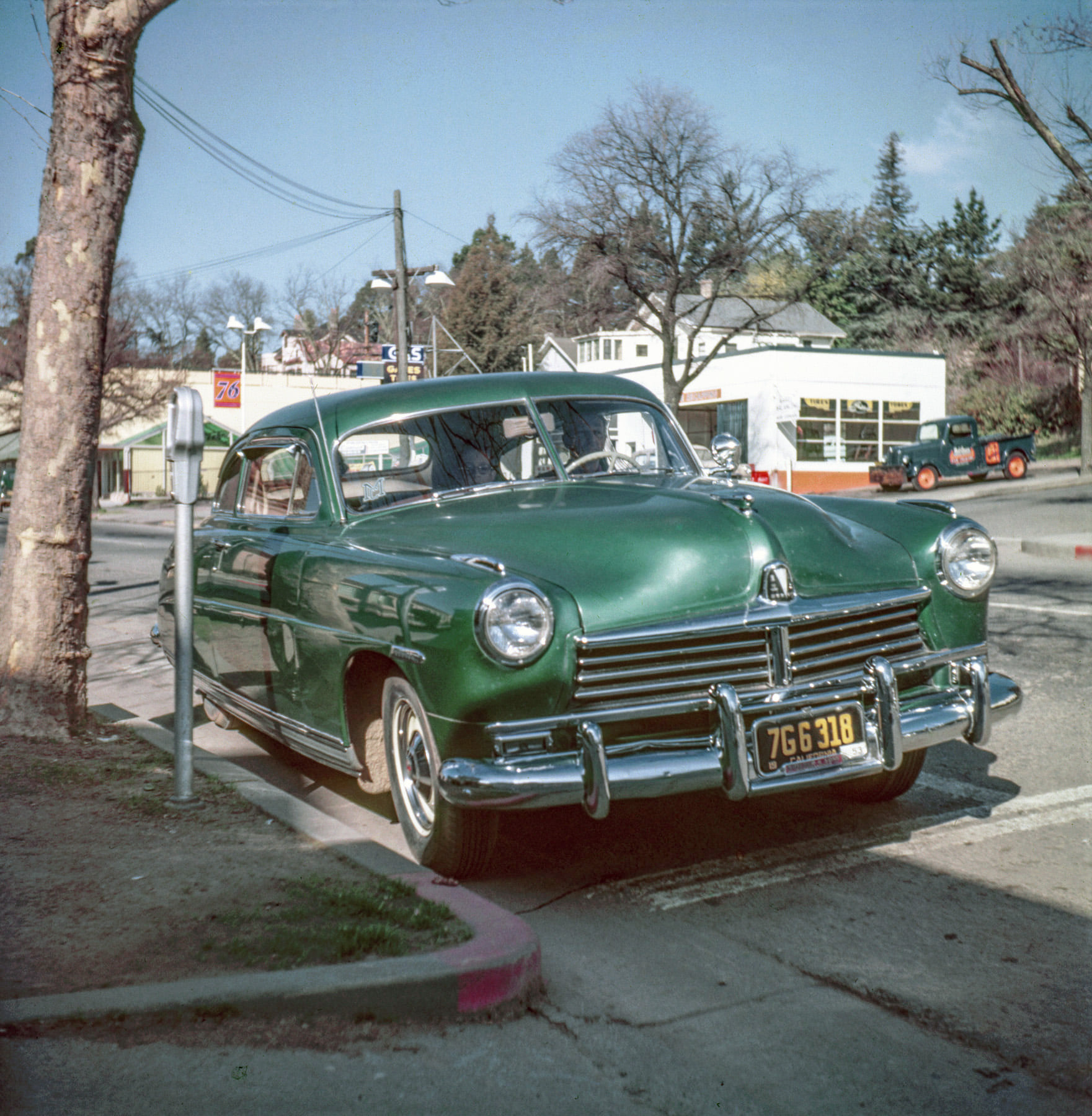