I really wish I knew more about this little bomb for so many reasons, not to mention there were only a handful of mid-engine belly tanker drag cars in the 50s. The Motor Reco Special participated in the very first NHRA National Championship Drag Races at Great Bend, Kansas, which is cool enough, but add the fact that it was raced by AJ Foyt, the only time he drag raced! Some articles mention it was owned by Ray Harrelson of Houston, while others stories claim it belonged to Bob Saunders of San Antonio. It ran a Mercury Flathead for 1955-56, but I found a picture of it with an early Hemi in ’57. That’s where my trail goes cold, and I’m hoping someone can fill in the blanks of where this very special piece of hot rod history ended up. 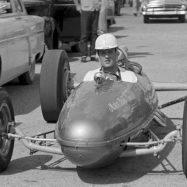 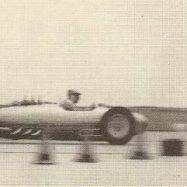 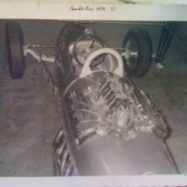 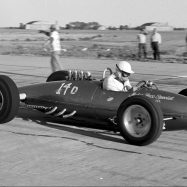 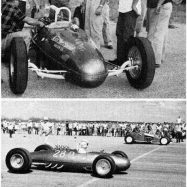 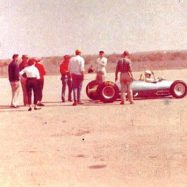