Yesterday was weird. From the minute I rolled out of bed, everything seemed just a little bit off. Perhaps it was the stars, the planets, work or maybe the leftover chili I ate for lunch, but whatever it was, it had me in a funk. It was a funk that, as far as I could tell, wasn’t going to go away. That’s just how things are sometimes.

Yet, at six o’clock everything changed. I loaded up my tools, bought some dinner and drove south to my buddies’ shop in nearby San Bruno. We had a project to work on, and last night was the night to make it happen.

Walking through the front gate, my friend Yama was getting his Harley Shovelhead chopper ready to fire up for the first time. Pyrotechnics soon ensued. Mike was across the room grabbing some towels to clean up a minor oil slick from his cycle that we exhumed from a dusty basement in the Haight-Ashbury last year. Both greeted me with smiles, and it wasn’t long before the wrenching—and bullshitting—began.

My project was a pretty straightforward one: whip up a headlight bar for my Model A roadster (which I haven’t officially announced that I’m building here on The Jalopy Journal, but will sometime soon). There was one hurdle: it involved welding. I know some of you may be thinking, “So what?” and I completely get that. But in my mind, that made it a challenge.

At this point in my life, I’m not a great welder. To be perfectly honest with you, I haven’t picked up a gun since my roommate and I tried making belt buckles one hot summer night back in 2012. (We were not successful). In high school, I opted to take a five-day welding course at the local community college rather than attend yearbook camp. I know the basics, but I have been apprehensive to get back into it. Why? I’m not exactly sure.

Well, now that I’m building a car, there’s no holding back. I decided last week that I would be the one welding the headlight bar for my roadster. Yama has a nice Hobart MIG machine, and he was more than happy to give me a quick refresher course.

And so, as he and Mike wrenched on a 1969 Honda Trail 90 that they just picked up, I geared up, sat down and got going. “Welding!” I’d holler from beneath the hood. Pzzzzzpt. Pzzzzzpt. Great cosmic flashes of white and the smell of molten metal filled the air. I’d flip up the hood and inspect my work. Not great, but not bad.

Yama had given me some sample pieces. First rectangular tubing, then two pieces of 11/16ths steel rod that he had chamfered. This proved as a great practice ground for the headlight bar. I tacked. I worked on my speed. “Now weld them all together,” Yama said. I did. And then I was ready.

Earlier in the day, I had built a jig for my light bar using a 2×4 that once supported a bulletin board in our old apartment. I then transferred it on to the biggest piece of steel we owned—the very same piece that I had used as the jig for my Triumph chopper’s sissy bar two years ago. Since the piece was so large, I did my initial welding on the floor. 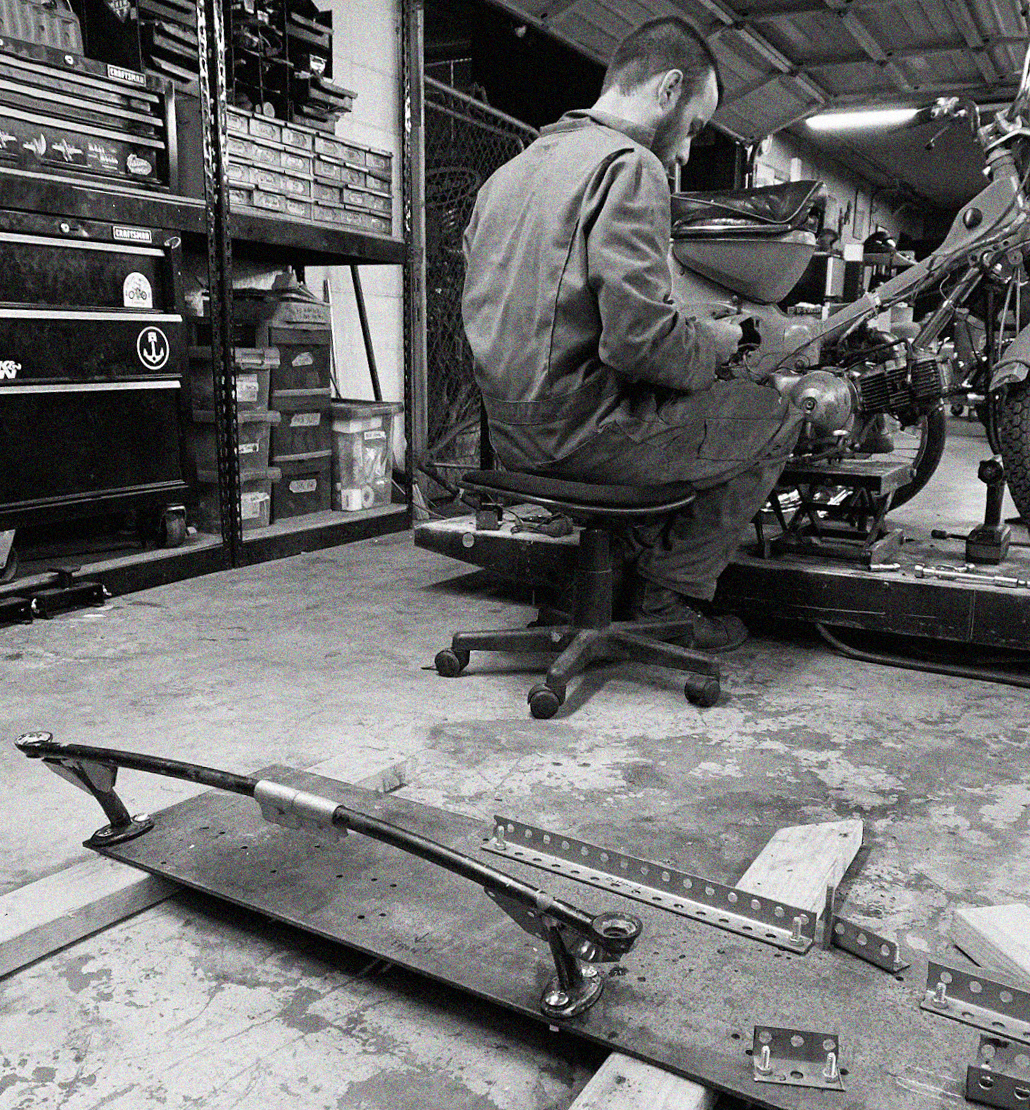 When it was all said and done, I asked Yama to inspect it. He thought it looked passable in most places. “There’s one thing though,” he said. “It has to pass the drop test. Throw it on the ground.” Without hesitation, I did exactly that, pitching my work right onto the concrete. It bounced—but did not break. Success.

From there, I cleaned up my welds with the grinder, making sure not to take off too much. Once that was finished, I tried to break it in various mildly athletic ways by stretching, throwing and dropping it. Truth be told, it seems pretty darn sturdy. Yama volunteered to TIG it if it cracked at any point down the line.

The three of us spent the remaining portion of the night working on the little vintage Honda, which we believe is a carb rebuild and a battery away from kickin’ the dust up. Soon.

I’m sharing this story today for a number of reasons. In my mind, the most important is that hot rods were never meant to be perfect. Are there perfect ones out there? Some would say yes. But so so many of the cars we now consider iconic were built by everyday people like you and I who don’t know everything. The important thing is that we try, and we’re excited to go out there and learn. And it doesn’t get any better than doing that with your friends by your side. Every time I look at my Dietz 820s mounted on that light bar, I’m going to think about that night in San Bruno that helped turn things around.

Note: the total cost for this project was $5.25. The headlight bar came with the car, and I just had to buy hardware. I do owe the guys some pizza and beer though! 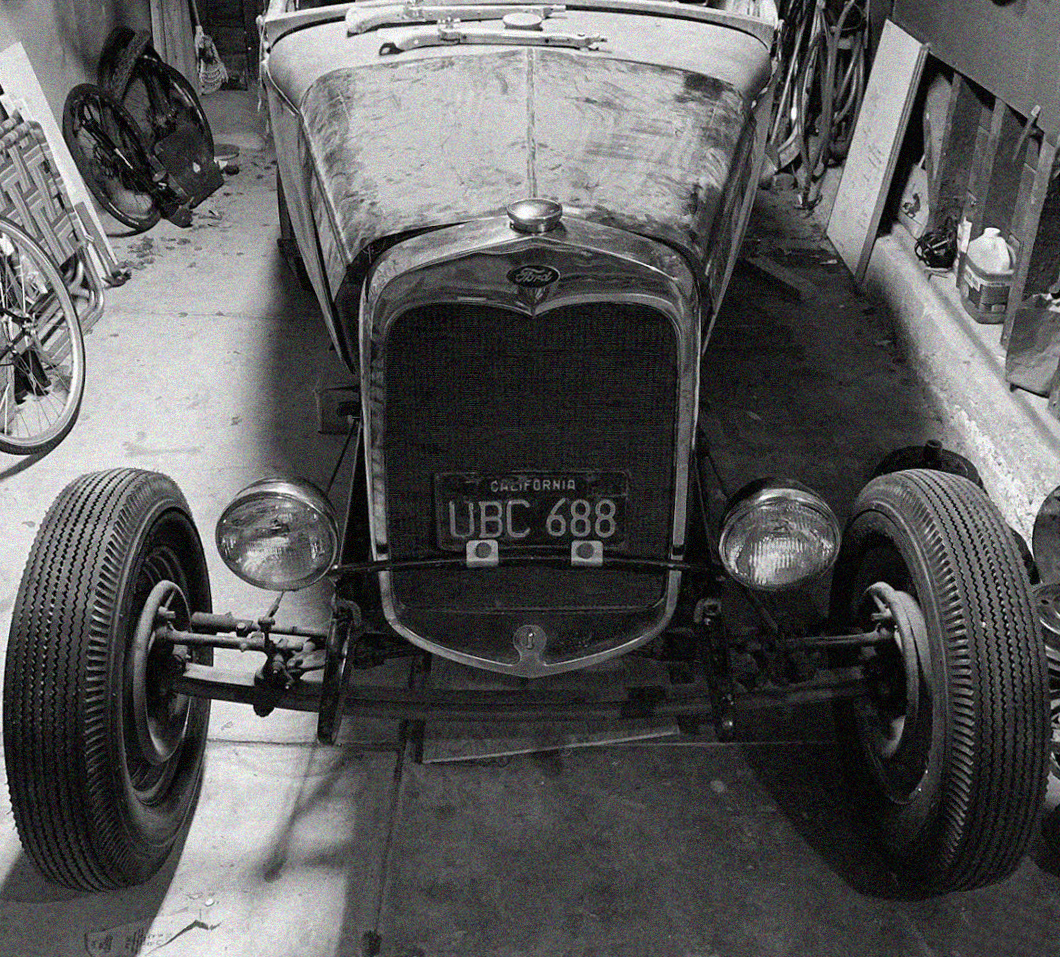 This weekend, I’m going to line everything up correctly. This was a quick, late night mockup. 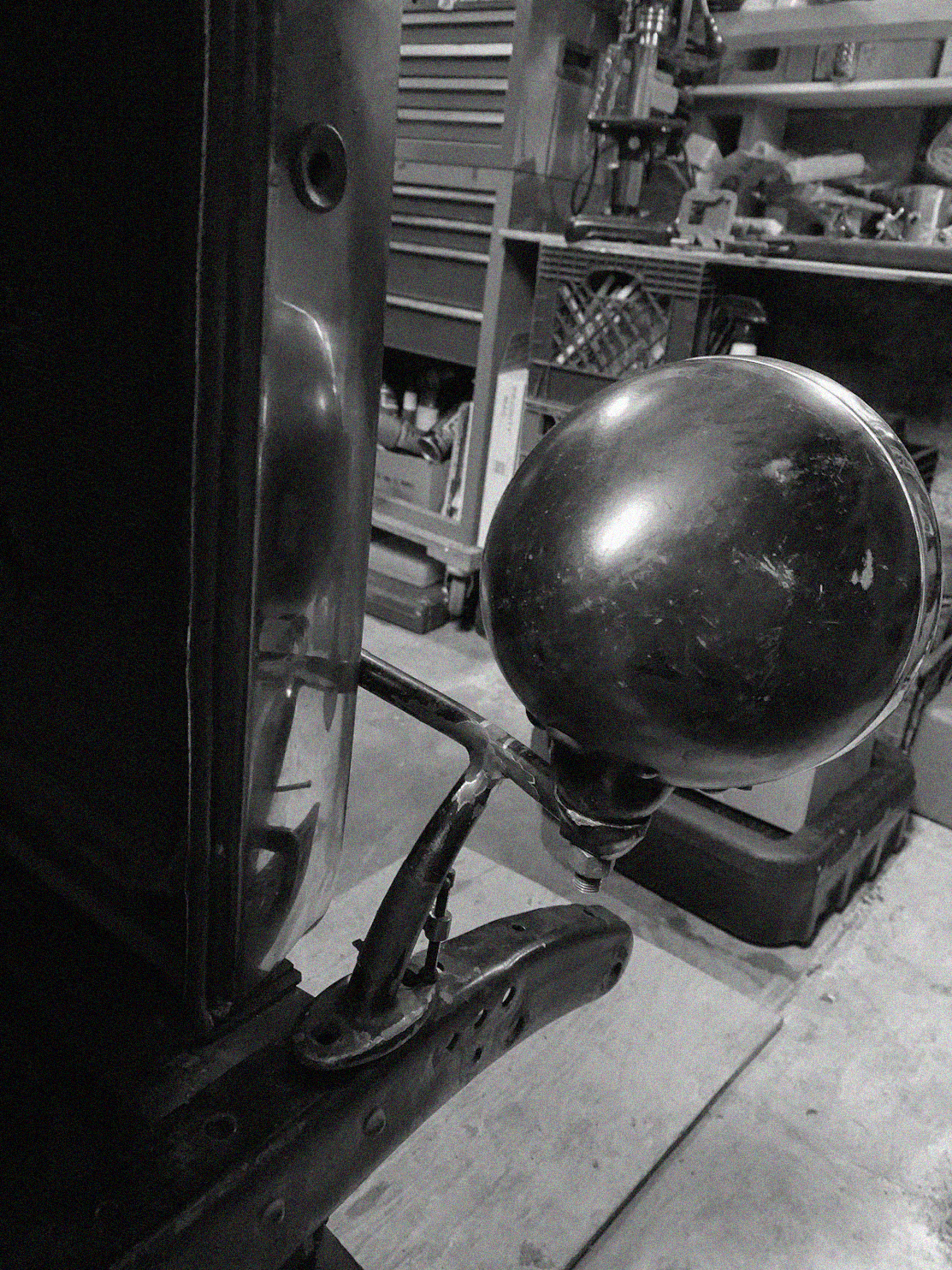 Can’t wait to get some primer and paint on the bar. I’m going to cut rubber pads to help with vibration. Carriage bolts will be used to keep everything in place.