Posted by Jive-Bomber on October 20, 2020 and filed under: Customs

When I was a young kid in Kansas City, there were two car shows that stood out in my mind as the best in town: The Cowtown Nationals and The World of Wheels. There were also two names that were local car-building heroes to me: Our neighbor Doug Thompson, and Wichita builder Darryl Starbird. The Bubbletop legacy began for Starbird with his super radical ‘Predicta’, which made a smash debut at the Oakland Roadster Show in 1960, changing the custom car scene forever. However, there was a tasteful, mild custom built at the Star Kustom Shop right before his Plexiglas Predicta that is often forgotten – Starbird’s personal 1959 Buick Invicta. I was looking at the cover of the March 1960 issue of Hot Rod and there it was, in its original Oriental Blue candy lacquer paint. Sometime after the Predicta premiered in her Plymouth Blue, the ’59 Buick was then resprayed in a dark copper color, most likely to help set the two cars apart. Starbird actually trailered the Predicta to the 1960 Kansas City AHRA National Drag meet that September using his Invicta as a tow vehicle, and then proceeded to drive the Hemi-powered show car down the strip with the bubble top still in place! 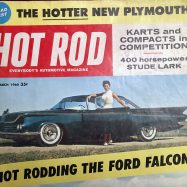 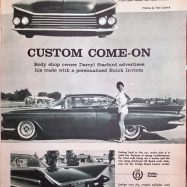 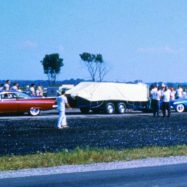