Posted by J.Ukrop on October 2, 2020 and filed under: History, Hot Rods

While packing my bag at my parents’ place in Michigan, I realized that not everything was going to fit. Rather than overstuffing my hiking backpack, my folks graciously offered to ship a few boxes of things back to San Francisco. What I thought was just going to be a couple books and a flannel shirt quickly grew into a mountain of treasure ranging from car parts to a very robust 1950s vise. On the top of the stack sat two issues of Rod & Custom. I thanked them and flew back without incident.

Earlier this week, the boxes arrived. Upon initial inspection, there was no broken glass or ripped pages. Everything appeared to be intact. Naturally, I grabbed the R&Cs and started leafing through them. That’s where I found today’s feature car: “The Bluegrass Bomb.”

After a little bit of reading, I discovered the car was the pride and joy of Kentucky hot rodder Don Conrad. Based on a 1931 Model A, Don didn’t hold back when he gave it the full 1950s hot rod treatment. With a dropped axle up front and a stepped frame in the rear, he got the stance dialed in right off the bat. According to the article, he channeled it four inches, because anything more would render it too impractical for regular use. According to R&C, it was merely a “mild channel.”

In his quest to build a serious double-threat machine, he installed a ’50 Olds V8 between the rails. It was backed by a ’41 Ford transmission and stock Model A rear. A single four-barrel remained atop the engine and the headers were custom-made. The project took nearly three years to complete, but the finished product was nothing short of impressive.

Although Don followed the hot rod formula we now consider classic, there are a handful of elements that make this car stand out to me. They are, in no particular order:

Best of all, this car was a driver. Don road-tripped it from Kentucky to Bonneville and back in the early-’50s. It doesn’t get any better than that. Does it? 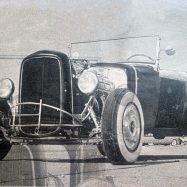 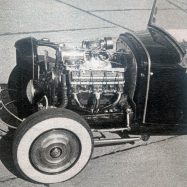 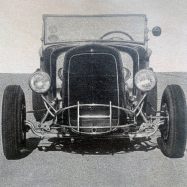 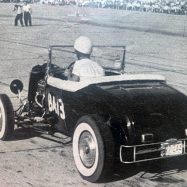 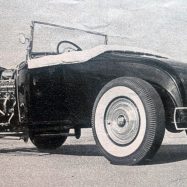 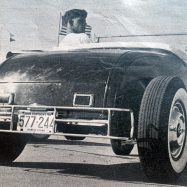 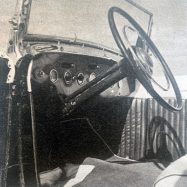