Posted by Ryan on September 30, 2020 and filed under: History, Hot Rods

I feel like more issues of the October, 1958 issue of Rods Illustrated were printed than any other in the 1950’s simply because this cover follows me everywhere. I don’t know that I’ve been to a swap meet where this magazine wasn’t on the top of some stack on some card table. Even in antique stores… if there’s a box of old car mags, this one is usually in it.

Thankfully, it’s a good one. I love the goldenrod shade behind the red and white checks… And who can argue with Herman Rost’s ’28 RPU? It’s perfect.

Let’s start with the basics:

All pretty conservative parts choices given Herman started with a channel that was damn near a foot in depth. You can imagine that if he was anything over 5′ tall, his belt line probably lined up nicely with the belt line of the Ford body when he was driving it. Not choice… but typical of a 1950’s hot rod.

To me though, where this thing shines is the flathead. It’s full house and bad ass – Bored and stroked ’48 Ford block, Edelbrock 3-pot, aluminum flywheel, Harman and Collins dual coil, 404A camshaft, etc… 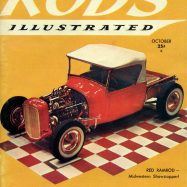 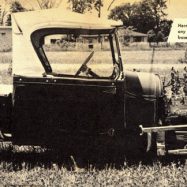 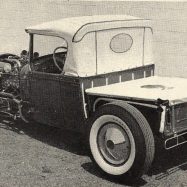 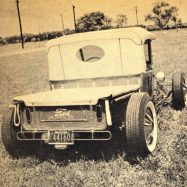 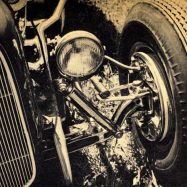 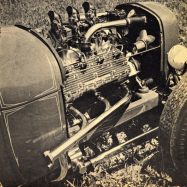 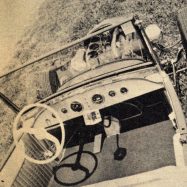 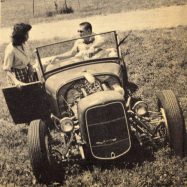