Have you ever wondered what a historic hot rod or custom would look like if it were a different body style? What if Bob Hirohata started with a Shoebox Ford instead of a Merc? Or if Bob Tindle’s “Orange Crate” was a ’34 Ford? What if “Ohio George” Montgomery raced a Pastoral Blue ’41 Willys instead of a ’33? Or if the Greer, Black & Prudhomme team went to Indy instead of the drags? The possibilities are endless.

It’s fun to visualize these. Some would be neat. Others, not so much. Today, we’re going to focus on a Deuce sedan that bears a striking resemblance to Doyle Gammell’s famed ’32 Ford three-window. Built by Lupe Serrato, a painter from Ontario, California, in the early-’60s, the Tudor is a classic example of clean street machine for the era.

The closer you look, the more similarities to Gammell’s coupe you’ll find. Both Deuces are full-fendered and sit with a pronounced rake. Polished American Racing five-spokes (albeit different styles) are used on all four corners, and both cars boast Corvette engines with Rochester fuel injection units stashed beneath the stock hoods. Other points of interest include undropped headlight bars, factory bumpers and black Naugahyde interiors with buttons. No frills, no problems.

The Gammell coupe, as seen on Pat Ganahl’s blog.

There’s no doubt that the chopped tops define the cars. Serrato purportedly removed 3-1/2 inches front and rear, giving the sedan a sinister appearance. Nowhere as radical as the one on Gammell’s ’32 (which wasn’t Doyle’s doing), but good nonetheless. To finish things off, Lupe sprayed the ’32 with Candy Ox Blood lacquer. Unlike Doyle’s coupe, there was no evidence of a front-mounted Moon tank.

So what became of this well-built Tudor? The only place I’ve ever encountered it is the May 1965 issue of Popular Hot Rodding, and I hope that it still exists. Maybe you’ve seen it? Either way, it’s worth a second look. 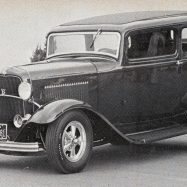 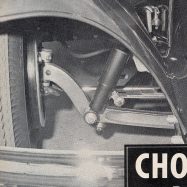 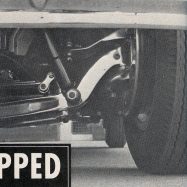 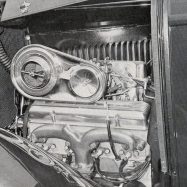 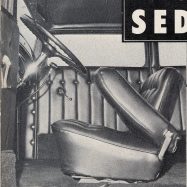 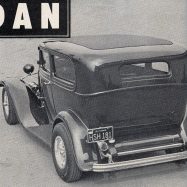