An Ax to Grind

Having an opinion is as traditional as our hobby itself. In some eras and areas, the line between rodding and customizing blurred. Yet in others, the divide was clear. During the latter part of 1962, one particularly hardcore hot rodder from the Empire State wrote to the editor of Popular Hot Rodding with an ax to grind. Here’s his two cents…

I agree completely with reader Bud Boyd’s letter about excluding custom cars from a hot rodding magazine. These chromed, molded, spangled atrocities resemble fugitives form a Broadway musical. Such sheet metal crimes should all be stored away and should not be inflicted on the public. The odd shapes which turn up at “custom” auto shows are certainly not pleasing to the eye and I don’t think these miscreations should be exhibited all over the country in a magazine.

I am sure the majority of your readers would be happier if you stuck to drag racing and rodding in general.

You’ve got a fine magazine. Keep it that way.

Wow. That’s a lot to take in. I’m sure there there’s a story there. Maybe for another day? Reading it again, I have a feeling it may have been a fictious letter that the staff threw in just to stir things up. At that point, PHR was only four issues old and still finding their way. Interestingly enough, they eventually drifted away from customs as the spotlight shifted to drag racing and high-performance machines.

All that aside, PHR featured a custom in that September issue—26 pages after Mr. Pearce’s correspondence, to be exact. The subject at hand is Ron Adley’s 1958 Impala and, for all intents and purposes, it is the antithesis of the cars that John dreaded.

It doesn’t take much to customize a ’58 Chevy. In Ron’s case, the process involved shaving some trim, installing a tube grille, and lowering the car two inches all around. The interior was stitched with black leather and the engine compartment was detailed with paint and chrome. For the final touch, the Chevy was treated to yellow lacquer with bright red seaweed flames.

Despite the high contrast of the yellow and red, the car was a standout. It’s just custom enough without going overboard. It’s a clean mild custom that’s a world away from a “Custom Car Atrocity.” 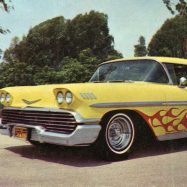 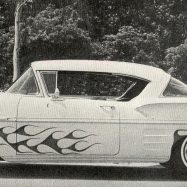 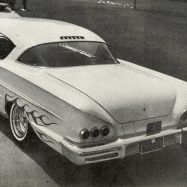 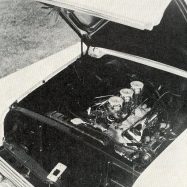 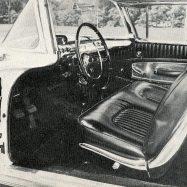 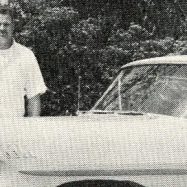