A few months back, Jive-Bomber featured the Jim Hinds Roadster as featured in the March, 1957 issue of Hot Rod Magazine and wondered how such a sweet little car could stay somewhat obscure for so many years. Fast forward a few months and I get this email:

“I stumbled across your posting of my dad’s 29 hot rod from the March 57 Hot Rod magazine. I do have more pictures of the car that never made it in the magazine if you’re interested in seeing more. My dad did tell me that all the pictures in the magazine he took himself and submitted…they weregood enough that they didn’t send out a photographer.”

I didn’t think much of it, but replied that I’d love to see the images. It’s not really until they showed up in my inbox that I realized what Gary Hinds (Jim’s son) had sent me… These might be the best pre-1960 hot rod photographs I have ever seen. Check it out: 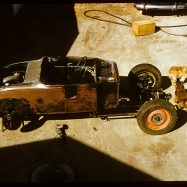 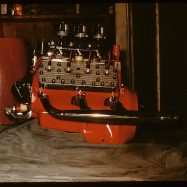 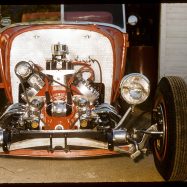 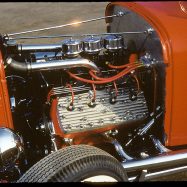 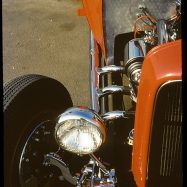 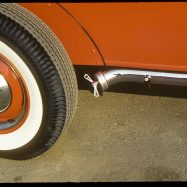 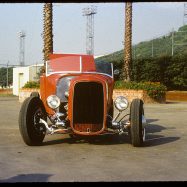 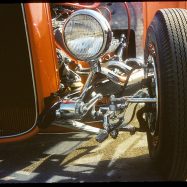 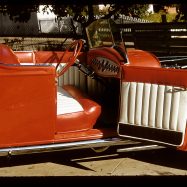 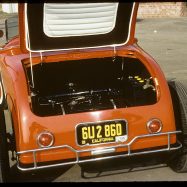 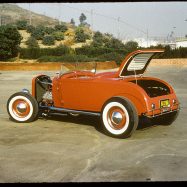 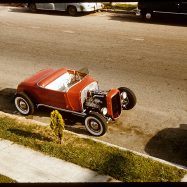 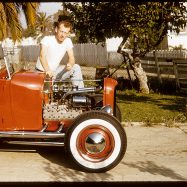 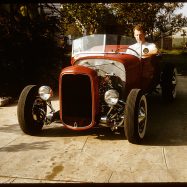 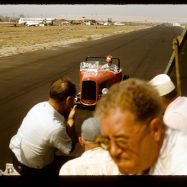 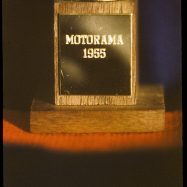 The dynamic range, the grain, the color, the depth of field, the composition, etc… These shots almost feel modern to me. Obviously, Jim knew how to use a camera and had an eye for light. What I see here is better than 90% of the hot rod images published in the 1950’s… and frankly, it’s not even debatable. They are incredible.

Just as impressive is the car. Simple. Understated. Fast. It’s a complete roadster with all boxes checked. And yet, I don’t know that I had ever paid much attention to it until Jay brought it up a few months back. He was right – it’s fascinating that such a well done car can stay under the radar for so long.

I’m hoping that this amazing photography changes the story a bit. This car deserves the recognition.