We don’t cover a lot of boats here and I don’t plan on making it a habit, but Stevo sent this over yesterday and I just couldn’t help myself. It all started in 1955 when Jim Street ordered a very exclusive 21′ Cobra from his local dealer with a strange option box checked – motor delete. He then took the boat over to Henry Meyer and had the sprint car legend build and install a blown Cad motor.

From there, Jim delivered the boat t0 George Barris where some major interior tweaks were mixed in with some surprisingly tasteful exterior modifications. By 1961, it was polished enough to be shown with the Golden Sahara at the Bakersfield Motor and Boat Show. 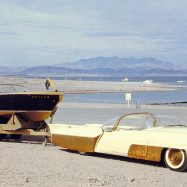 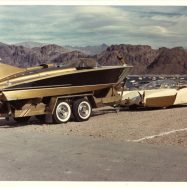 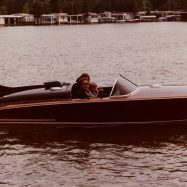 There rest is just history… Jim’s boat went on to become probably the best known Chris-Craft of the era. And… it’s about to be up for auction with it’s original trailer and a shit-ton of documentation.