Posted by Ryan on April 1, 2020 and filed under: Customs, History, Hot Rods

For years, this car was actually known as the Al Marx roadster mostly because Al entered the car in the first annual National Roadster Show in 1950. However, the original owner of the car was actually Wes Collins. Wes was a hot rod guy, a Road Runners member, and a wrench for Vic Edelbrock.

Anyway, pictures of this thing have bounced around for years. Whenever someone argues that pre-1935 Fords can’t be customs, someone always drops a shot of Wes’ roadster right before they drop the mic. I mean really…  in my opinion, that’s how this car became known.

Ironically though, I don’t know that I would call it a custom car? It’s kind of a cross-over… Like one of those country singers that ditches his boots for a pair of Vans. He’s still country, but he’s got an edge to him. To me, that’s the Wes Collins roadster.

And you know what’s super rad??? Skip is doing a tribute build. 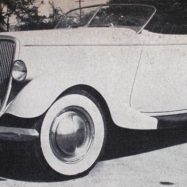 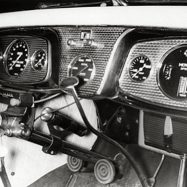 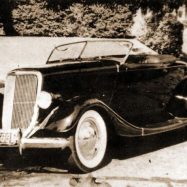 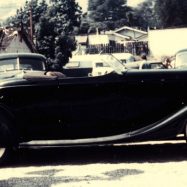