No Surf in Nevada

Posted by J.Ukrop on February 21, 2020 and filed under: Event Coverage, Hot Rods

Rattling down Interstate 80 in Western Nevada, I caught a glimpse of an old car parked in a corral on the side of the road. I only saw it for a second, but I quickly noted three things. One, it was a 1955 Studebaker. Two, it was red and three, it was custom. I glanced up at the sky, then back over to my co-pilot, Lindsey. We wanted to make it back into California before sunset and, with the temperature dropping, we knew time was of the essence.

At this point, we were already 300 miles into our weekend road trip to pick up an engine for one of my ongoing projects. I slowed down, hooked a U-turn and made my way towards the mysterious Stude. A two-tone cabover guarded the entrance to the lot, and a sign on the flatbed read: “COUNTRY II EQUIPMENT FOR SALE” in bold Western letters. Near the window, a plaque indicated that the Truckee-Carson Irrigation District used the truck for official business years ago. I parked near the gate, strolled over to the office and knocked. Nothing.

I studied my surroundings. Next door, there was the “Trading Post,” which looked as if it was pulled off a Western movie set, minus the bins, barrels and miscellaneous wooden crates that were sprinkled among the arid scrub. The Country II corral wasn’t all that different; it was unpaved and practically empty. And yes, there was tumbleweed.

Then I started looking closer. In the back of the lot sat an 1953 Dodge Meadowbrook wagon. No, not the usual four-door. It was a two-door! “What are the chances of that?” I said to myself. For the most part it was stock, from the ram hood ornament and understated side trim to the brown vinyl interior. But there were two custom touches: chrome spider caps on the steelies and a pair of surfboards on the roof. “It looks very Dana Point,” Lindsey said. They wanted $7,500 for it.

So, what was this neat little surf-mobile doing out here in the Nevada desert? Your guess is as good as mine. While walking around the car, I noticed a faded San Francisco street parking permit affixed to the rear bumper. Strangely enough, it was for the zone less than a mile from my house. Could this have been my neighbor’s car in a different life? I’d like to think so.

The Meadowbrook was a great surprise, while the Stude wasn’t everything that I’d hoped for. At first, when I spotted the reworked grille, I thought it was some sort of long-lost Bonneville competitor, retired drag car (a la AMT’s “Mr. Speed”), or even a mild custom from back in the day. From what I could see, that wasn’t the case. Instead, it was a tired Studebaker President that was last registered in 2012. It did, however, have a rebuilt 305 cubic inch smallblock Chevy under the hood. The price? $6,500.

Unplanned stops are my favorite parts of road trips. From ghost towns and vintage tin to old signs and more, you never know what you’re going to find. Needless to say, I’m glad I got out of the car to investigate.

Note: The boat was a one-off custom that could be yours—with trailer—for $100. 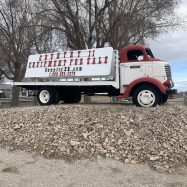 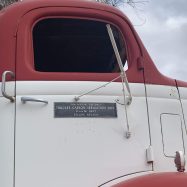 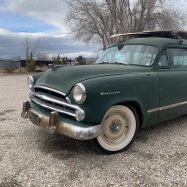 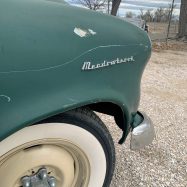 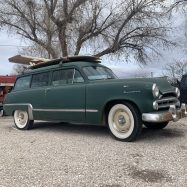 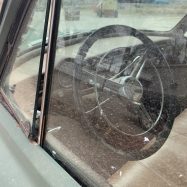 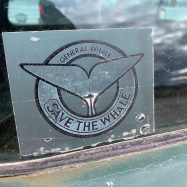 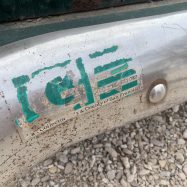 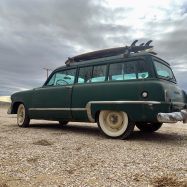 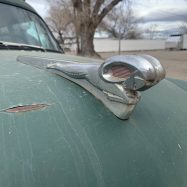 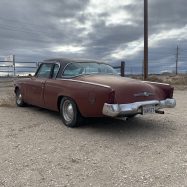 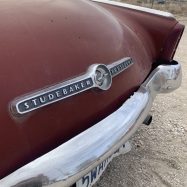 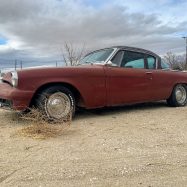 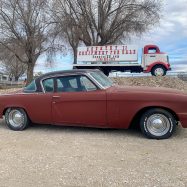 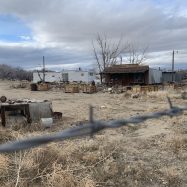 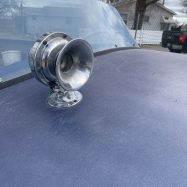 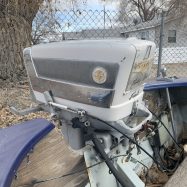 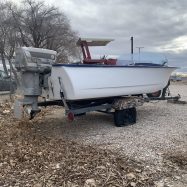 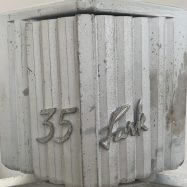 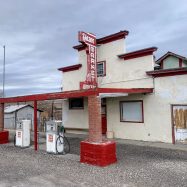