There’s nothing quite like pushing limits. You learn about yourself, what you can do and how far you can really take something. This applies across the board, and it most certainly rings true when it comes to cars. Today’s subject rides the line of what I would consider a traditional hot rod, and I’m sure there are some of you out there will shake your head and say, “Absolutely not.” That’s okay. It’s a standout in my book, and I feel that it deserves a closer look.

The car in question is Tony Martinez’s 1929 Ford. Back in the 1950s, he was working at a gas station in San Leandro, California, and was already hooked on hot rodding. He bought the A for $25 and had dreams of building it from the ground up and winning the big nine-footer at the nearby Oakland Roadster Show. Well, the project evolved, and by the time he finished it the year was 1969—and the end result was state of the art.

At first glimpse, nothing seems too radical about this one: it’s an early Ford on Deuce rails with dark paint, a chrome-laden engine compartment and American Racing mags on all four corners. But upon closer inspection, you’ll see that Tony decked out the A-V8 with a wide range of Corvette components. Up front, he installed a set of ’Vette discs on his dropped axle, and the engine is a healthy, 2×4-fed 396, likely from the same source. The ’64 Corvette steering wheel is different, but the real engineering took place out back. Rather than running a traditional solid-axle setup, Tony spliced in a complete ’65 Corvette rear frame section with discs, IRS and more.

The rest of the modifications are pretty standard of the mid-’60s timeframe, from the louvers and bobbed fenders to the big’n little Goodyears and the white top. When I first stumbled upon this car in Rod & Custom, I gravitated towards the profile shot. My first impression is that it sits like a Hot Wheels car—high enough to be functional yet still maintaining a nice rake. I dig it.

Even though Tony’s Model A isn’t loaded with early hot rod unobtanium, it’s right at home here on the H.A.M.B. Want to hear the best part? Rumor has it that he still has the car sitting in his garage. If that’s not hot rod history, then I don’t know what is.

Photos from R&C, April 1974. For more on the car, check out this thread here 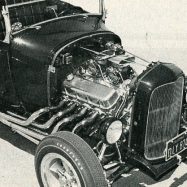 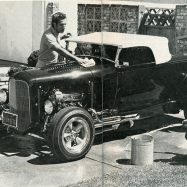 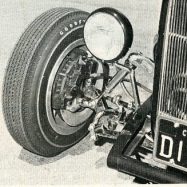 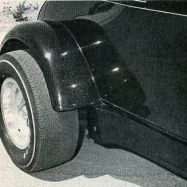 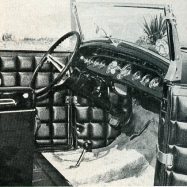 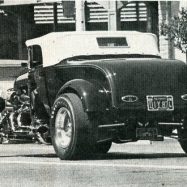 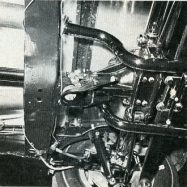 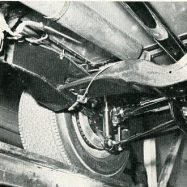 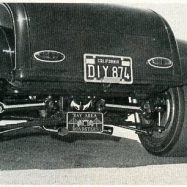 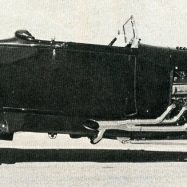