Posted by Ryan on November 14, 2018 and filed under: Feature Articles, History, Hot Rods

In 1955, Kansas City was quickly becoming one of the hottest scenes for illegal street racing. Shit was going down… and it was going down on the regular. It got so bad that Gene Pond, the chief of traffic detectives, decided it was high time to flex his muscles on the problem.

His first solution was to hire more motorcycle cops and up the patrol count. All this did was play to the sport… The menacing hot rodders of the area took the move as a challenge and out running one of these coppers became a badge of honor.

With that failure under his belt, Pond decided that if he couldn’t beat these young punk ass kids, he’d join them. He began holding a series of meetings with the delinquents. The idea was that if he could open up communication lines with the kids, he might be able to figure a way that allowed them to race and endanger their own lives, but not those of the innocent people around them.

As was common for the time, the public decided the only real solution would be to provide the kids with a drag strip. The Kansas City Southern Lines offered up a piece of land for $2 a year, a city loan of $70,000 was tendered, and a local contractor agreed to build the track for half price. As the track was coming together, the Kansas City Timing Association was born to support it.

This is all pretty par for the course given the era and the emergence of hot rodding not only in the KC area, but nationwide. Really, all Gene did was follow the protocols already built by guys like Wally Parks and others. But it’s what came next that was pretty unique.

Now, I wasn’t around in 1955 to know for sure, but I’ve always assumed that the gender equality movement wasn’t exactly at full bore at that time. I mean, this is the same year that the media was in an uproar over Lucille Ball continuing her work on “I love Lucy” even though she was “handicapped” by her pregnancy.

So, it’s kind of surprising to me that the women of Kansas City didn’t take this whole “Let’s build a drag strip” thing sitting down. Screw that. They wanted in… The Dragettes were born.

You could argue this was all for publicity. I mean, they did get Life Magazine to send a photographer out and document the girls. But, at the end of the day, who cares? The photography. The idea. The girls. The cars. 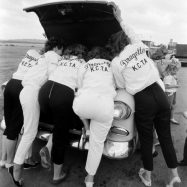 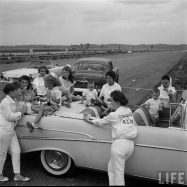 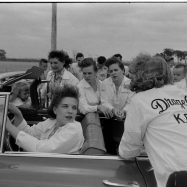 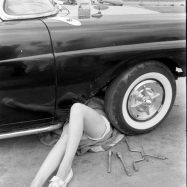 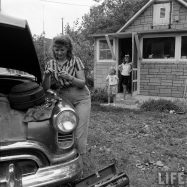 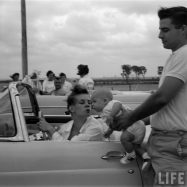 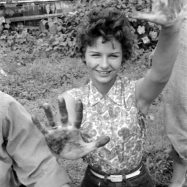 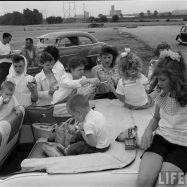 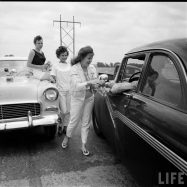 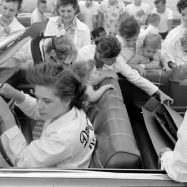 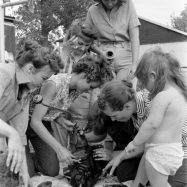 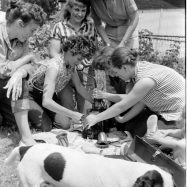 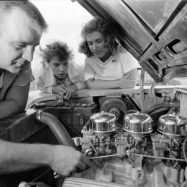 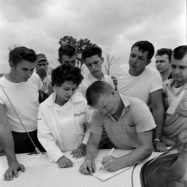 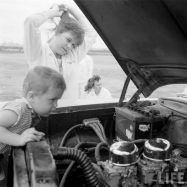 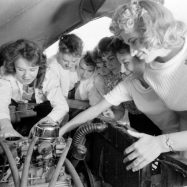 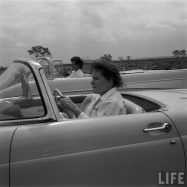 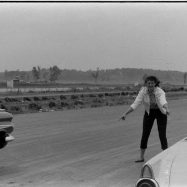 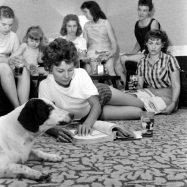