Posted by Ryan on August 13, 2018 and filed under: Feature Articles, Hot Rods

John Helmuth is a partner in crime of sorts. The obvious rationale behind that thought is simple – John shoots a lot of cars for The Jalopy Journal. But there’s other reasoning for that label. See, he shares another passion of mine as well… and it’s one that’s quite possibly even more financially ludicrous than hot rods – vintage film cameras.

Old cameras and old cars share a lot of intricacies. Both, obviously, are old… Both are finicky. Both are obsolete and perform to a different matrix (some would say lesser) than their contemporaries and do it at a price point most would consider down right irresponsible for a family man to even entertain.

Just as an example, one of John’s historical setups is a Leica M5 that was originally manufactured in 1971. For glass, his standard lens is a 35mm Summicron that could have been made anywhere from 1951 until today and cost anywhere from a thousand dollars to five thousand dollars depending 0n the serial number. All together, John could easily be shooting some shitty old car using a shitty old camera that set him back well over $2,000.

Image quality from that setup? A modernist would say that a $500 point shoot made last year would out resolve this old setup without so much as breaking a sweat.

The best way I can think of to explain this to a bunch of car guys is to use the hot rod as an example. Let’s say you gotta go to the store to pick up some booze. In your modern daily driver, you are just stupid human mush rolling down the road with no further thought to it. Once you get to the store, you have no remembrance at all of the light on 21 and Lewis – right?

Now, take the same trip in your hot rod. Chances are, you remember every little intricate detail of the drive. You remember the skirt waiting to cross the road on 21 and Lewis as well as the fellas shootin’ dice a couple of blocks down from that. You drove better simply because you were more aware of the circumstances of which you were in. You were enjoying something that otherwise would have been mundane.

Shooting an old camera has the same effect on the photographer. He’s more aware, his senses are on edge, and he’s having more fun. As a result, often times the photography is elevated and the final photographs somehow show the passion it took to make them.

Anyway, John recently took his own hot rod out for a shoot. The results are what you see here. Ironically, given my lead in to this story, John didn’t shoot film. Instead, he used a Leica M9 digital camera. The M9 is a ten year old camera that uses sensor technology developed even years before that. Put simply, it’s as antiquated as a useable digital camera can be.

Used examples often sell for over $2,500 simply because the M9 was the last real camera ever made. It was designed and developed as a digital camera made for fellas that want to remember what was going down on 21 and Lewis. In reality, and this is no bullshit fellas, it’s the only digital camera ever made that can match a film camera in regards to capturing both natural light and color.

And this is all relevant because the M9 also closely mirrors the rationale behind John’s own coupe. Take a look at his shots below. This model-a feels feels pretty damned traditional – right? Now, take a look at the spec sheet also listed below. Aside from smartly appointed details and the body, what you are looking at is an essentially new car – SBC, overdrive, 9-inch, disc brakes, repro frame, etc…

Like the Leica M9, John’s car was built using new parts but with a solid understanding of what it is that makes the things of generations past feel so special. And, as a result, the car is special.

So now the question becomes – what are the elements that make something new feel old/tacticle/special?

I think the answer is different for everyone. But for me, and I’d bet John as well, the secret is in simplicity. Old film cameras didn’t have many options or automatic controls. They just simply took pictures. And because that single action is all the engineers of the day had to focus on, the rest of their efforts went into build quality. As a result, the end product mirrored John’s coupe in a lot of ways:

Simple, clean, straightforward, intelligently transparent, and most of all – uncomplicated. 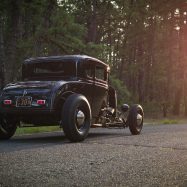 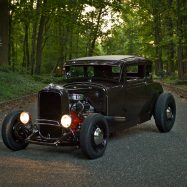 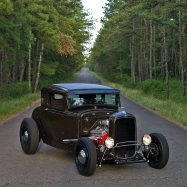 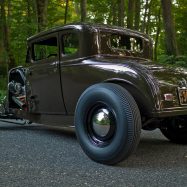 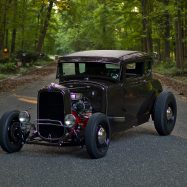 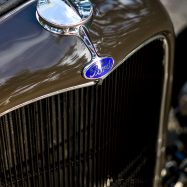 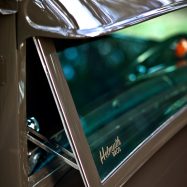 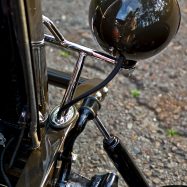 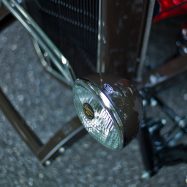 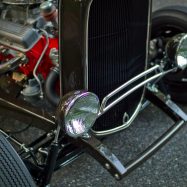 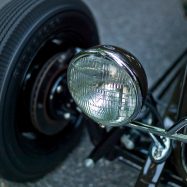 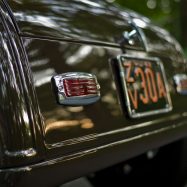 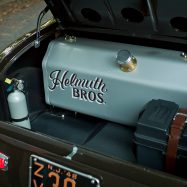 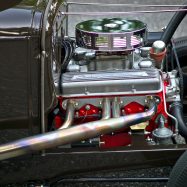 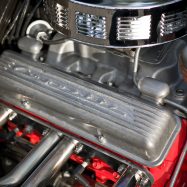 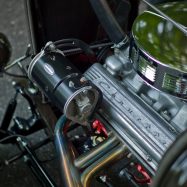 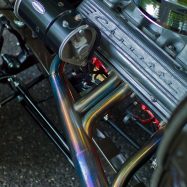 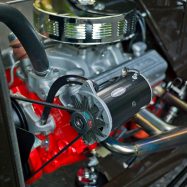 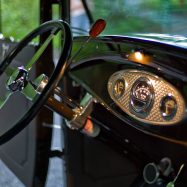 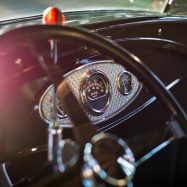 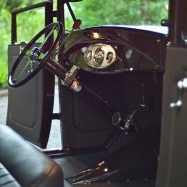 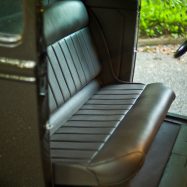 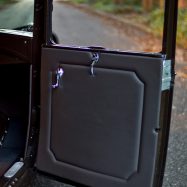 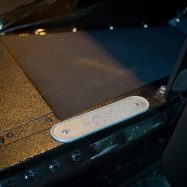 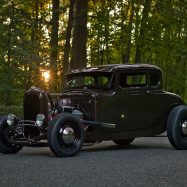 A Story From John:

This was the first Hot Rod I built from the ground-up with my Dad in my parents 2-car garage. My Mom’s part-time hair salon on the right side of the garage, and my Dads 37′ Chevy parked on the other side. We built the Model A right in the middle. We documented the entier build from Day-1 on The Hamb under the “Helmuth Brothers Coupe“. It was about a 6 year build in total. I dedicated the name of the car to my Dad and Uncle. They are the main reason why my cousin and I are into this hobby.

The lettering on the gas tank is painted by “Tuki” in the style that my Dad and Uncle had their last name painted on the door of their flatbed Chevy racecar hauler back in the 70’s. The body was found on the Hamb 10 minutes from my parents house from MantuaJohn. The chassis was also found on the Hamb from 1Lucky1. The fabrication was done at my parents house over the first 4 years.

I had Jerry McCarthy from Delaware do the chop and rough in the body work. Then it went to Dennis Fox’s shop for the paint and bodywork. From there we went a few miles down to the road to my Uncle’s garage for final assembly, which took about 9 months.

The very first show we brought this to was the Jalopy Showdown. My Dad and I drove the 2.5 hour drive out to Latimore Valley by ourselves on a whim and had a blast. All in one day. I drove the car the rest of the summer with no interior. This past winter I had Vince Jackson finish off the interior top-to-bottom in an original Model A style.

After waiting almost my entire life of hanging around my family and their friends with their Hot Rods I’m finally able to join them with my own car. Its a very surreal feeling. It’s been to the past two TROG events on the Wildwood beaches and we were invited to last years (and hopefully not THE last) Jalopyrama indoor show. At the Jalopyrama we took home “Best Hot Rod” and “Top 10” awards. It was a show I was able to experience with my family and it’s something I will never forget.

I’m already planning the next build.