Posted by Ryan on June 4, 2018 and filed under: Feature Articles, Hot Rods

A number of years ago, a museum in California advertised a 1922 Ford roadster for sale in Hemmings. The picture caught my eye and I asked for more information. What I got were photos of what might be the most well preserved early dirt track car I had ever seen. The car was built by Tommy Garland in the late 1940’s, raced into the 50’s, and then sat untouched in storage for decades.

I’m not sure how the museum ended up with the car and their asking price was way out of my league, but I fell in love with the thought of getting it back onto the dirt. A couple of months later, I noticed the ad was gone and figured it was sold. I was right… Vintage race car collector and all around swell guy, Jack Boxstrom, bought the car and added it to his collection.

In 2015 or ’16, Jack decided to liquidate part of that collection to fund his racing habit. The ’22 went up on the Sotheby’s auction block at Monterey and, by chance, I found the listing beforehand. My thought was that most of the Monterey crowd was there to bid on the more “sophisticated” vintage race cars and that there was a chance this little roadster would be under-valued. On a hunch, I did something I’ve only done once before – I registered as a buyer.

Sotheby’s had optimistically valued the car between sixty and eighty grand. I knew the car wasn’t going to bring that kind of money even under the best conditions, but I had hoped the auction folks had misinterpreted their audience and this little roadster would go unnoticed and ignored. Again, I was right… sort of…

I bid everything I had – $18k. When I dropped out, only two bidders remained and if I remember correctly, they bid themselves up to somewhere around $25k and the winner went home with a bargain. Now, in the hot rod world this car is worth maybe half that in parts… I give you that. But in the vintage race car world, a car with such provenance is worth a multitude more than the sum of its parts. This thing was an absolute steal.

In any case, I haven’t seen the car since… And I stumbled upon my folder full of these pics this weekend and began to wonder about whatever happened to it. Obviously, this is a great museum piece. I get that… But I also deeply believe this is one that needs to be raced again and hope like hell it is out there somewhere kicking up dirt. 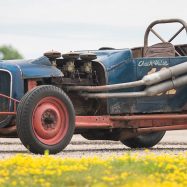 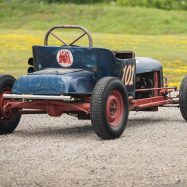 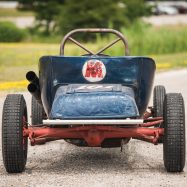 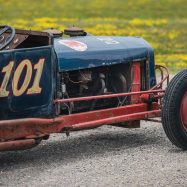 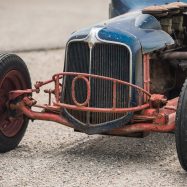 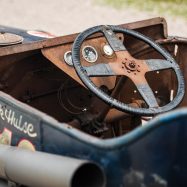 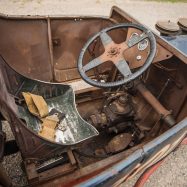 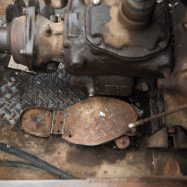 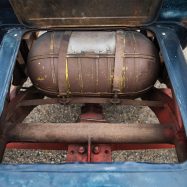 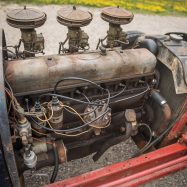 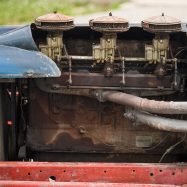