King Ranch and The Cadillac

Posted by Ryan on August 30, 2017 and filed under: Art & Inspiration, History

“Most people don’t know this about me, but weapons are my REAL business. You name it and I know it: guns, bombs, gas, fire, blades, missiles, and everything and anything else… In fact, only a rare few know more about weaponry than I do. I’m an absolute expert on demolition and ballistics and everything else capable of causing damage or death to man, beast, or structure. This is my profession… my bag… my trade… And I’m the best there is.”

I wrote that paragraph a few years back as a joke. See, I’m not really a gun guy at all… Which is ironic, because I actually do own enough weapons to make a small guerrilla force green with envy. My dad left them all to me when he passed away and they’ve been gathering dust in a gun safe ever since. But last year, a good friend of mine decided we needed to dust them all off and go hunting – never mind the fact that I have absolutely zero interest in shooting a living being that isn’t shooting back at me.

I actually had a lot of fun, but what I found the most interesting about the whole trip was our hunting vehicle – a 1941 Cadillac.

After WWII, the legendary and Texas based King Ranch saw an opportunity to provide a hunting experience to a public that was freshly educated about firearms and eager to use them with their newly found free time. They started offering hunting adventures using modified luxury vehicles as the foundation for the dream they were selling. The first was a lifted 1946 Ford. Based off the success of that car, they went on to outfit Buicks, Cadillacs, Lincolns, Packards, and all sorts of other long wheel-based luxury barges.

Pretty rad, right? What’s even cooler is that most of these hard worked vehicles are still in service. King Ranch sets aside a large annual budget to maintain each and if you are some rich dude that’s blood thirsty for Bambi, you can still commandeer one to this day. Through the years, each has been further modified and “upgraded” to modern mechanics. Things like crate motors, chassis swaps, etc… are the norm. Even so, the very idea these trucks are still being used and abused is incredible to me.

Anyway, back to the ’41 Cadillac… See, my buddy’s father-in-law actually managed King Ranch for a number of years. And this ’41 Cadillac is a direct descendant from the original King Ranch hunting vehicles. The body is now sitting on a lifted 80’s era 1/2 ton truck chassis, the motor is a simple crate 350, and I think it’s running a TH350 tranny hooked to a Dana rear. It runs and idles all day long in Texas heat. It climbs river banks with ease. It takes out small trees and brush as if they weren’t even there. It’s as good and as nimble as any Jeep I’ve ever driven. And it’s a 1941 Cadillac… Sort of…

One evening during our hunt, the sun was setting perfectly and the light was golden. My buddies all headed out to a field in an effort to shoot birds while I hung back with my preferred weapon, a camera, and shot the Cadillac. I have a stack of undeveloped film still sitting next to me… some months later… So essentially, today’s feature was purely written in an effort to motivate me to get off my ass and get busy in the dark room. As soon as I’m done, I’ll post those images as a comment to this feature.

And yeah, I know this is all pretty off topic to The Jalopy Journal… But I thought you guys would find it interesting. Here’s some shitty cell phone shots of the Cad: 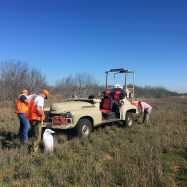 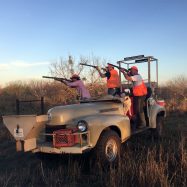 And here’s some historical shots of the originals: 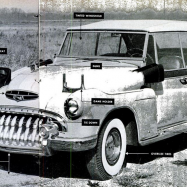 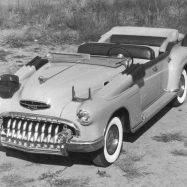 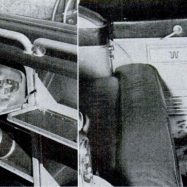 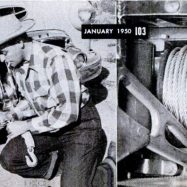 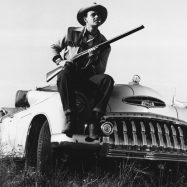 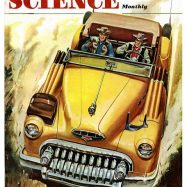 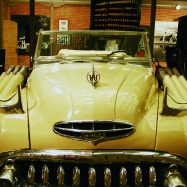