Posted by Ryan on October 15, 2014 and filed under: Feature Articles, Hot Rods

The sounds from the beaches of Wildwood were pretty consistent on the weekend of October 3rd. Flathead engines of various sizes and cylinder counts roared across the sand with the regularity of a Swiss watch. Every now and then, however, this invariability was interrupted by the very distinct sound of an overhead – more specifically, the sound of eight hemispherical combustion chambers igniting gasoline at a rate much different than that of your typical flathead Ford.

Something was a miss.

The first time I heard it, I couldn’t get atop of a sand dune quick enough to judge the culprit. I was more prepared on the second go-around and was surprised to find that the sound came from a car that I had admired at great length only a week prior at The Rodder’s Journal Revival. It was the Jerry Laboranti ’32 3-window (Barn find thread here and the build thread here).

In fact, someone asked me after the Revival if I had a favorite car in attendance. Without hesitating I mentioned Jerry’s car and I did so for a few different reasons.

First and foremost… I’ve gone over my carnality for the “casual” hot rod ad nauseam as of late and I don’t want to beat this to death, but dammit man – that’s exactly what this car is. There’s nothing femenine or vain going on here at all. It was built to be driven and not admired as it sits behind satin ropes. It’s just my kind of hot rod.

Secondly, the engine detailing on this car is really smart. You’ve seen that Eddie Edmunds ad that features him leaning over a fully dressed Hemi, right? (Editor’s note: Could someone post this for us? I can’t seem to find it.) Jerry’s motor bares a striking resemblance. The obvious call out here is the mint set of Edmunds valve covers. I say “mint,” because they haven’t been over polished through the years and they still have really sharp lines. And like the matching Edmunds intake, it looks as though Jerry just bolted them on in “as found at the swap meet” condition. The restraint it must have taken to keep this aluminum from the polishing wheel really pays off in my opinion.

Oh, and those Edmunds air cleaners? Those aren’t the widely available (and really nice) reproductions. Those are originals… Given to Jerry by Ken Gross. Ken was so impressed by the rest of the Edmunds details on the motor, that he pulled the super rare cleaners off his shop wall so that they could rightly sit atop this motor. They too are in “mint” condition.

That same kind of texture rolls through the rest of the engine as well where Jerry used simple materials mated with fine craftsmanship. For a further example, check out the hydraulic lines – nothing fancy, just perfect bends and a symmetrical look from master cylinder to master cylinder. The same look is mirrored through the cleanly ran fuel lines, a clever “Marvel” top-end oiler, and wiring that doesn’t draw your eye. This is how a well kept hot rod engine should look.

And then, there’s the chrome grille shell. Ultimately, it is here where you find what is probably the car’s calling card. It’s certainly what drew me in initially. Bolting a chrome grille shell to a 1932 Ford is risky fuckin’ business. You can’t just call up Brookville, order a new shell, send it off to the plater, and then throw in a reproduction grille. The end result would be something that felt too contrived, too bright, too… much.

Jerry’s grille shell was actually already plated when he found the car. There’s literally no telling how long ago it was dipped, but enough time has passed that the chrome has some soul to it. While not as bright and shiny, old chrome has more depth than new and, in my opinion, almost always has better texture. And it works so well with this car simply because it’s not framed by a plastic paint job. Jerry was able to pull that off by adding 75% flattener to a single stage paint system. The end result is a car that has a “finished” surface, but not one that looks as though it came from the latest and greatest environmentally friendly HVLP gun. Again, texture.

The vintage feel doesn’t stop there either. Old chrome and other forms of age given personality can be found littered throughout. There’s the split ’34 bones, the f-1 shock mounts, the tube shocks, the brake backing plates… all dipped long ago and still serving well. Step back and look at the sum of the parts – you’ll see a car that feels as though it was built many years ago and simply kept up by someone full of love and compassion.

Now, I’ve seen guys pull off this vintage look on new builds (without it coming across as labored) plenty of times in the past, but the plan often falls apart when you open the door and peep the interior. Not in this case. Jerry was actually able to find an interior out of an old hot rod and repurpose the materials inside his own. Those honest textiles combined with the ’46 Lincoln steering wheel, the ’33 Plymouth dash panel, and the Merc hardware create a sort of timeless environment – one that gives no hints to the fact that this car has only been on the road for a year or so.

And now that I’m writing about it, I’m realizing that there really aren’t too many cues on the car at all that give away the period in which it was built. There’s the later Chevy truck master cylinders, the 4-speed, and the ’57 Olds rear (all excusable as drivability additions) that date the car a little later than the very early 50’s appearance, but really the biggest giveaway is a pretty spectacular one.

If this car was built in 1952, someone long before me would have written this article. A car built with these parts and with this type of craftsmanship would be a historical gem inline with cars like the Niekamp roadster, the Chrisman coupe, and the like… It would have graced magazine covers, been in Eddie Edmunds ads, and would probably be sitting in some high-falutin’ collection right now. So, the fact that none of this happened is the biggest give-away that Jerry’s coupe is a recent build.

Not bad, Jerry… Not bad at all.

I originally wanted to shoot this car at The Rodder’s Journal Revival. However, I never could find Jerry to set it up… and frankly, I was probably too intimidated by the real photographers that were in attendance anyway… The week between the Revival and TROG, I was able to hookup with Jerry through the HAMB and we met under the boardwalk on Saturday evening for this shoot. Given the mood of the weekend, I shot with film. This is the Cinestill stuff that I shot the Kansas Tornado with and while the lighting wasn’t quite as favorable this time, I think the tones fit really well with this car. 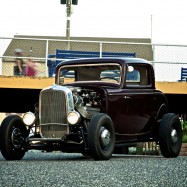 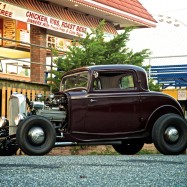 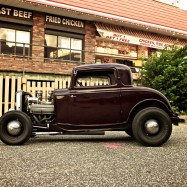 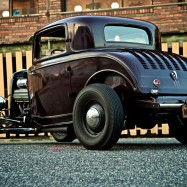 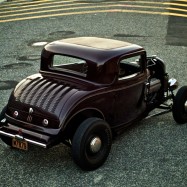 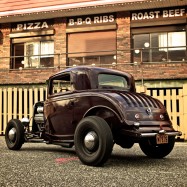 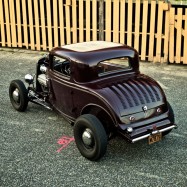 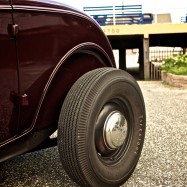 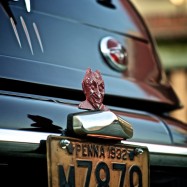 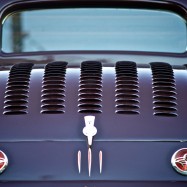 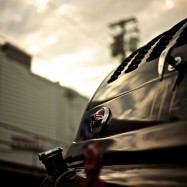 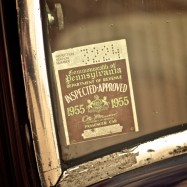 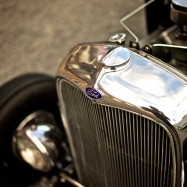 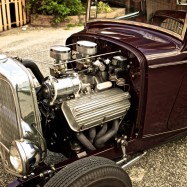 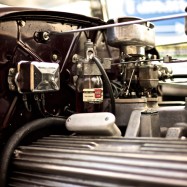 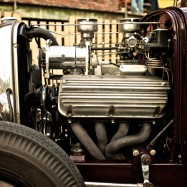 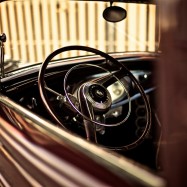 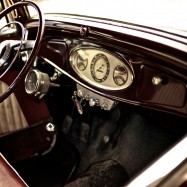 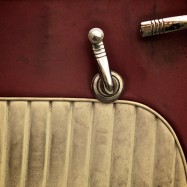 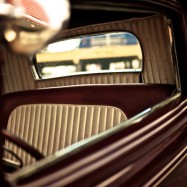 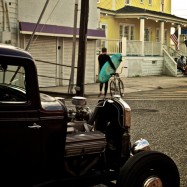 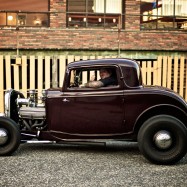 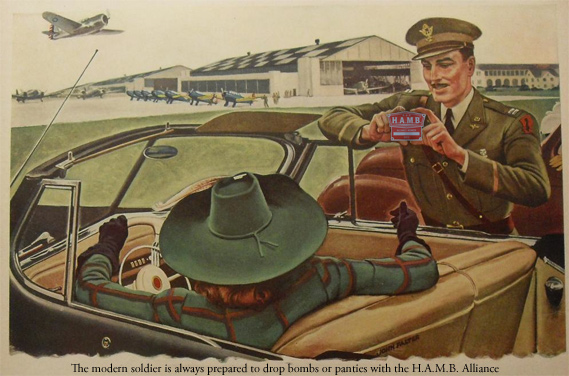