When early July rolls around, I like to take my time as I drive through the historical downtown just minutes from my home. Like all small towns across the country, the streetlamps and storefronts are adorned with an array of American flags during this season. The combination of classic Victorian-era architecture and the Stars and Stripes coincide beautifully, just like red, white and blue and the lines of an American machine.

With the exception of the iconic Pierson Bros. coupe, not a whole lot of patriotic paint schemes made their way onto hot rods in the early years. Sure, there were cars that were red, white and blue, but full-fledged Americana didn’t surface on a larger scale until the mid-‘60s.

Although the Sox & Martin 1964 Comet was among the first to jump on the patriotic paint trend, Bruce Larson’s all-fiberglass B/XS 1966 Chevelle stands out in my mind as the catalyst of the movement. Doug Thorley and the American Motors team soon followed suit in their tri-tone Javelin floppers shortly thereafter. It wasn’t long before entries ranging from Jr. Stockers to Fuel Dragsters proudly wore the colors of our nation on their flanks. From the tastefully two-toned 1955 Chevy C/Gasser of Butch Thuney to the psychedelic stars and stripes of Mike Mitchell’s 1933 Willys, there have been many interpretations of this classic symbol of freedom on the street, strip, show and salt. Check out plenty of examples on Kiwi Kev’s thread here.

Wherever you may be this Fourth of July season, remember our roots as not only a patriotic nation, but also as one hell of a patriotic hobby.

Photos collected from around the H.A.M.B., Draglist.com and the Hot Rod Magazine archives. 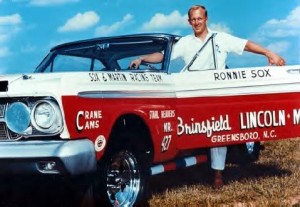 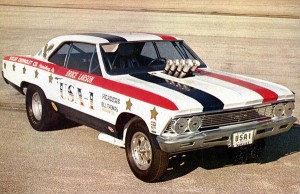 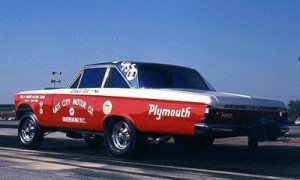 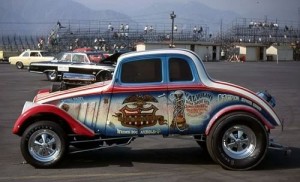 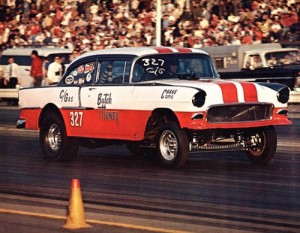 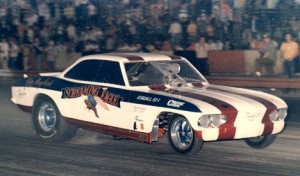 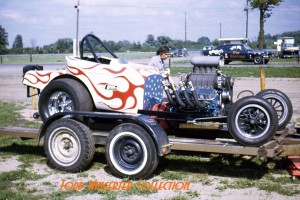 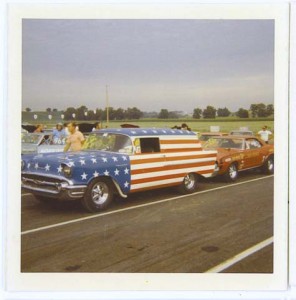