When I first started building my ’38 coupe, the original intention was to go racing. In fact, I was pretty far along building a race car when I decided to transition the build into a street car. So far along, that once the car was finished it still had a race car DNA – namely, the monster small block that powered the car to low 12-second quarter miles at over 120mph on smokey 7″ recapped slicks.

Admittedly, a 12-second time slip isn’t all that impressive these days… But back then, it was quick enough to take home the lowest e.t. at the first couple of H.A.M.B. drags and shut down many a modern super car on the street. And that sort of set the personality of the car – sure it was a bit too embellished to be considered a “traditional” hot rod, but it hauled ass and that more than made it for it in my eyes.

For almost a year a now, Keith Tardel has had the car in his shop and we’ve been slowly rebirthing it into something more traditional and less confused without losing it’s performance personality. From day one of this rebuild, Tardel had his eye on a radically warmed over Y-Block as the foundation for the beast. Originally, we were thinking of doing a tri-power on top of a stroker motor and then one thing lead to another and I ended up with a really nice 4-71 blower that was looking for a new a home.

Of course, a blown Y-Block sounds nice in theory but there were all sorts of hurdles to clear. Namely, what were we going to do about both an intake and a blower top? Each were made in limited numbers by a couple of different speed part manufactures, but they are as rare as a nun in a bikini and equal to a few gold bars in cost when you do find then. I’ll get to the intake on a later post, but today I figured I would give you guys a look see at how we handled the blower top.

I spent months looking for a Weiand 4-deuce 4-71 top and came up blank. And then Aaron Von Minden caught word of my search and came up with a solution. At one time, he was reproducing a 6-deuce top for 6-71 blowers and figured we just might be able to cut one down to our desired specs. So he sent one over to Tardel and Keith got busy on the mill. Two hours later and we had ourselves a real rarity.

And then at the Round Up last year, Keith and I ran into Clive of Stromberg-97 fame. We told him about the project and he was immediately interested.

“Would you send that top to me?” He asked in his British accent. “I want to make the linkage.”

Clive mounted four 97’s to the top and noticed right away that there were going to be a number of issues to work around – the carbs sat so close to each other that the accelerator pump rods were touching, the throttle shaft extensions from the right-side carburetors were hitting the jet plugs on the left-side units, and on initial inspection it looked to be almost impossible to build a linkage that would open all the carbs at the same time.

None of that shit bothered Clive though. He just went at it with that engineered mind of his and essentially designed a custom built set of carbs to go along with a custom linkage that makes it all work. The end result is breathe taking and Clive says she snaps back like a mouse trap.

In any case, I figured this long-term project was due for an update and also thought you guys might like the photos… Enjoy: 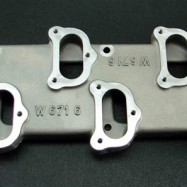 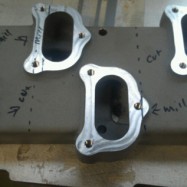 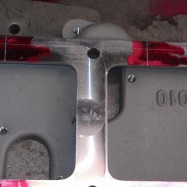 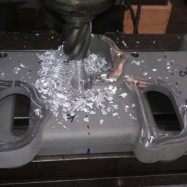 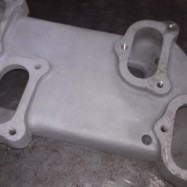 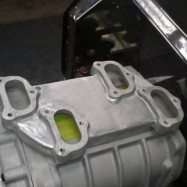 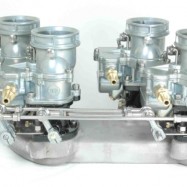 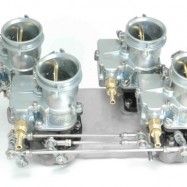 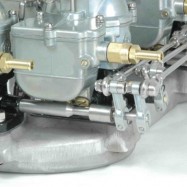 Edit: Being a stand up guy and all, Clive just shot me an email in horror… He wants all credit to go to Rick Pearmain – his brilliant fabricator.