Posted by Ryan on January 28, 2008 and filed under: Feature Articles, History, Hot Rods 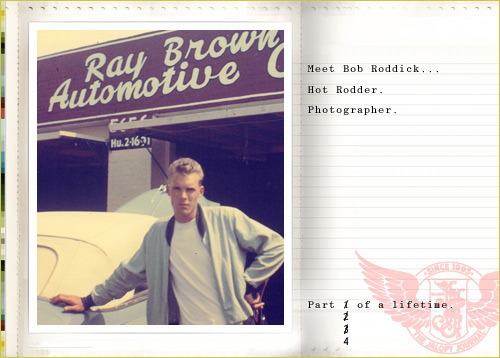 Essentially, we told the Bob Roddick story as it unfolded. We were presented first with a batch of black and white photography that was followed a few weeks later with all of that incredible color film that was developed, and then finally followed with even more black and white shots that were just uncovered. In a perfect world, we wouldn’t have started writing until we had all of the assets and all of the history that we could find on Bob’s life and experiences. However, it was important to me to get this stuff out there in a timely fashion and I thought it would be cool to tell the story as it unraveled in front of me… So that’s exactly what I did.

However, this did present a small problem. Every now and then a photo in a batch of images just wouldn’t fit in the story line and we would have to punt it from the line up. Some of these photos are simply too good to sit on the sidelines, so the final installment of the Bob Roddick story features some photos we left out, but that deserve a look. Enjoy. 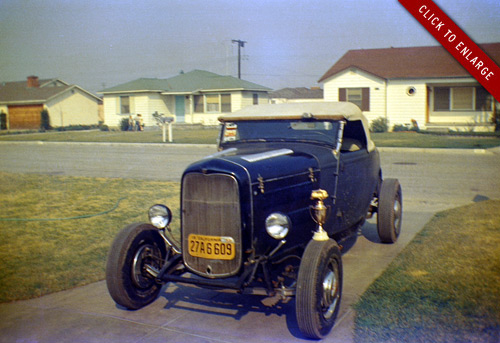 Bob seemed to be really proud of this trophy he took home in 1950. 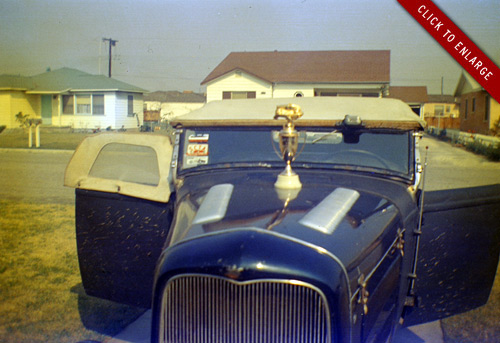 Another vanity shot with the trophy. I believe this is also the first hint of a side curtain to complete the roadster's really well crafted top. 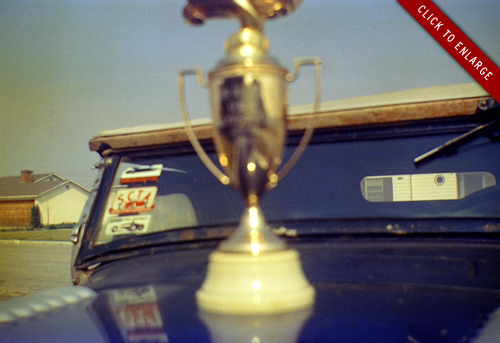 A blurry close up, but I love the decals on the glass... 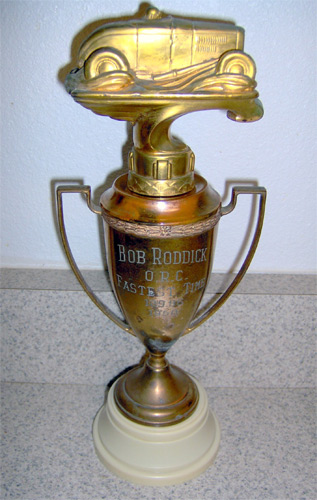 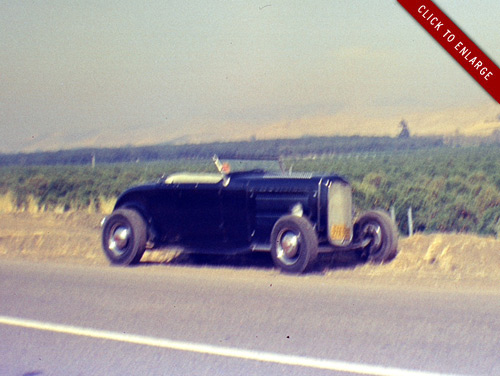 I think we all do this... Find a place we love, park our hot rod, and take some photos. Bob did it too. 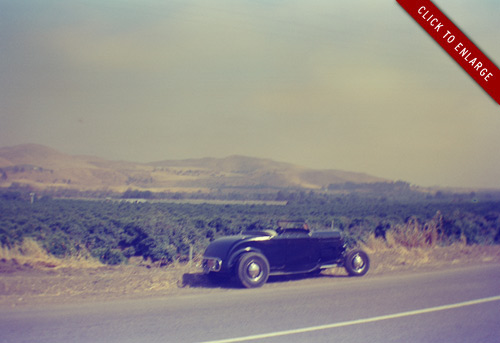 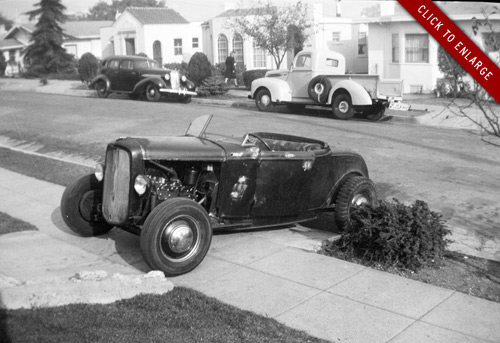 We don't know who owned this little roadster, but he must have been a pal of Bob's. The Christ Craft window sanctions rule. 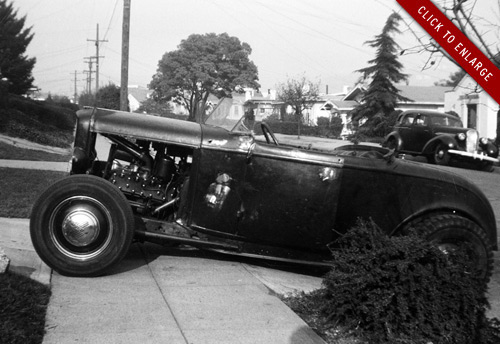 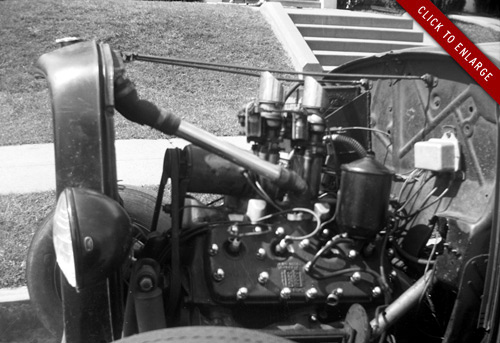 A 21-stud flatty couldn't have a more appropriate home. 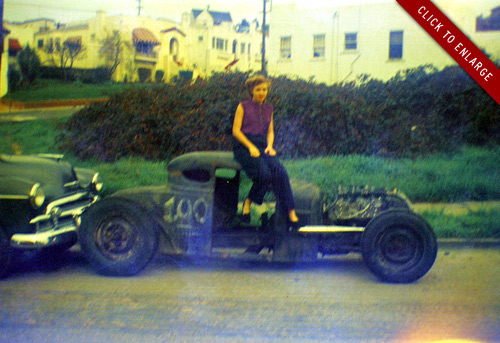 A heavily hammered project used as a lounge by an unknown lady. 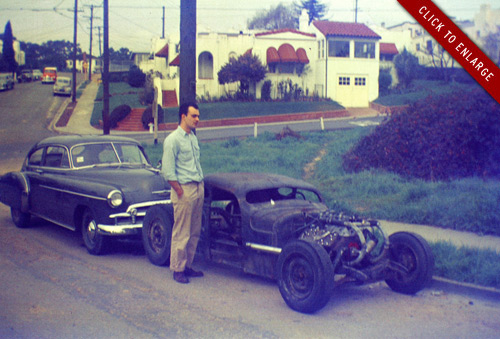 Lots of interesting ideas with this one. That lack of a radiator makes me think it was being prepared for drag racing. 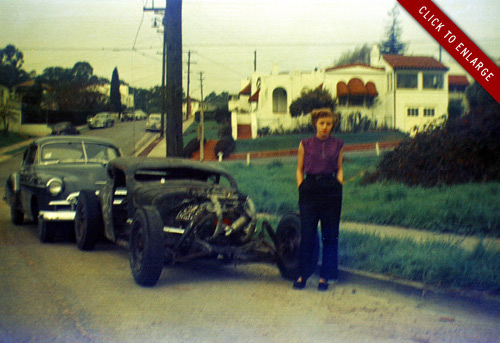 Model-A body, but it looks as though the windshield and cowl section of a 39/40 has been grafted on - possibly in preparation for a 39/40 hood as well? 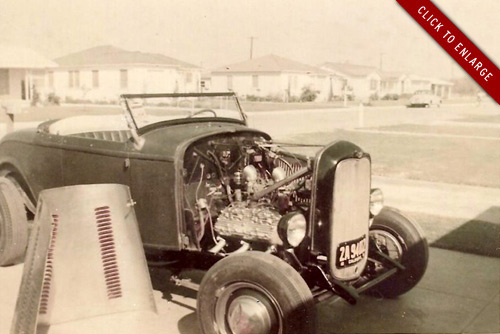 I initially though this as an early rendition of Bob's car with frame horns, but have since changed my mind. Another pal, another nice roadster... 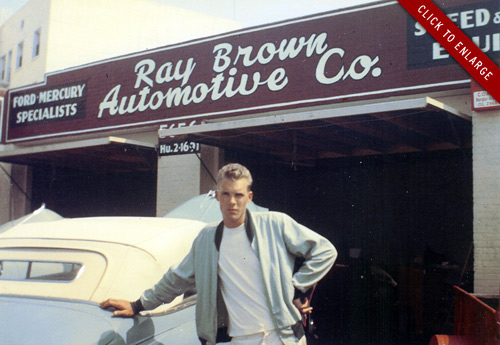 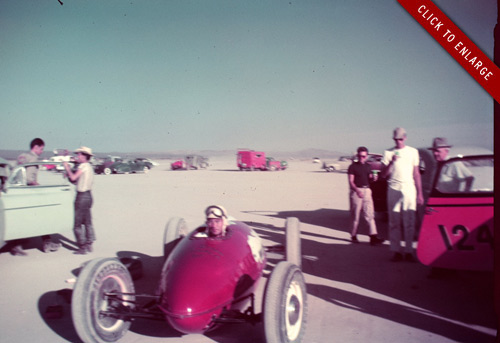 Ray Brown in his lakester. Coincidently, this car might have surfaced recently... More on that as I get it. 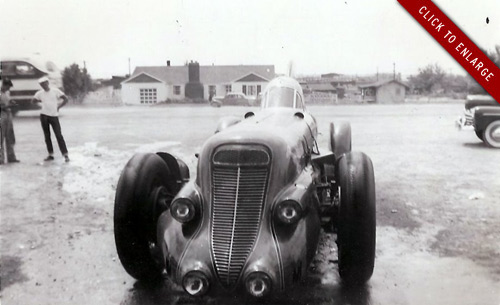 The Mormon Meteor - as fast as it was ugly. 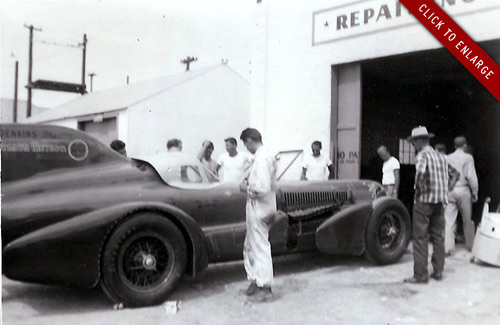 The Meteor was ran by Ab Jenkins and set all kinds of records at all kinds of different venues. Duesenberg powered... It looks as though Jenkins was having Ray Brown do some work on the car and that's when Bob took these shots.

Writing the Bob Roddick series and spending hours upon hours researching the photographs has been one hell of an experience. I wouldn’t have had the opportunity if it hadn’t been for a few folks I’d like to mention:

1 . Royashifter. He sent me a note mentioning that he had a pal with some stuff I needed to see. Boy, was he right… and boy, am I grateful.

2. Don Montgomery. He has been a hero of mine for a long time and I was absolutely giddy when he offered to help me research some cars that I couldn’t identify. The hot rod world owes Don a great deal of gratitude for all of his work throughout the years.

3. The Speed & Power Society. My boys know their shit and they came to the rescue on a couple of unknown cars as well.

4. Dave and Gwynn Clark. I can’t thank these two enough for giving me the opportunity to learn so much about their dad. They are special people and without them there is no way we would have had the chance to see so much incredible stuff the past couple of weeks. It’s been an honor for sure…

Still, this story isn’t quite finished. These images deserve to be on glossy paper… And Dave, Gwynn, and myself are committed to making sure that happens.