Sacrificed on the Altar of Speed…

In the late 1920s, Stutz Motor Car Company sales were dropping and company president Frederick Moskovics needed some good press from a fast driver to bring buyers back. Crackerjack Indy winner Frank Lockhart was just that person. He had already set a world record of 171.02 mph at Muroc in a lakester powered by a relatively small 91.5 c.i. Miller engine that he modified himself. This cemented Lockhart as the “greatest mixture of driver and mechanic in the world today”.

The scratch-built Stutz “Black Hawk Special” in which Lockhart was to break the world speed record was really his own creation and was extremely advanced in both power to weight ratio and aerodynamics. The current world speed records of the time were set by gigantic, heavy cars, often powered by two or more aircraft-based engines, and displacements up to 4,900 cubic inches. On the other hand, the Black Hawk was a petite velvet hammer, weighing only 2,800 lbs and powered by a 16-cylinder 183 c.i. engine (two Miller 91.5’s ran parallel on a common crankcase) produced 570 hp at 8,100 rpm.

During the trial run at Daytona Beach on Feb. 22, 1928, at a high terminal speed, the car got squirrely in the sand and catapulted the Black Hawk Special end over end into the sea, landing upright. Frank’s injuries were minor considering his flight into the water at 200+ mph: cut tendons, small cut on chin, and a mild concussion. The Special was pulled from the waves and sent back to Indianapolis for repairs. She was rebuilt and returned to Daytona in April 1928 for the next try for the world speed record. Moscovics wanted Frank to wait until the next year, Frank was back on the beach in two months, ready to run again.

Frank looked pretty happy as he posed for photos on that Wednesday, April 25, 1928. The conditions were perfect, and Lockhart began warm-ups, seeing a time of 198.29 mph, a class record, on his final practice. Frank got on the brakes a little at the end of the trial run, skidding 100 feet. He lined up for the actual record attempt with cameras rolling. Timing observers saw him approaching at over 220 mph, closing in on the measured mile and still accelerating when suddenly the car skidded, pitching up sand and fish-tailing wildly. Frank was fighting the wheel, and it seemed for a moment he might get it straightened out. Then the Black Hawk slid even more violently and became airborne. Lockhart’s beautiful Special again tumbled tumbled end over end, just like in the last run. The crumpled mess finally came to rest 140 feet down the beach, with Lockhart’s motionless body over 50 feet from where the car stopped.

The New York Herald noted that Frank was, “…the latest sacrifice on the altar of speed”, but Lockhart had achieved his goal, even if it wasn’t official, on that last run. His tragic death was devastating to the motorsports communities of Indy and land speed racing, and especially to the Stutz Motor Company, which immediately stopped all its racing activities permanently.

The actual footage is here: 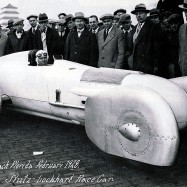 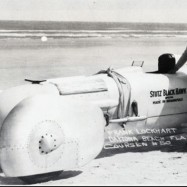 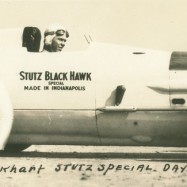 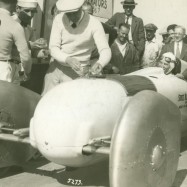 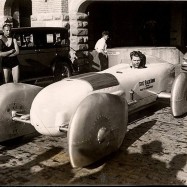 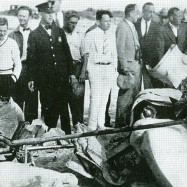 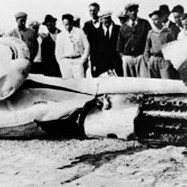 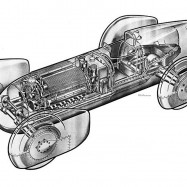