The Five Most Beautiful cars of the 1940s

Posted by Jive-Bomber on March 22, 2012 and filed under: Art & Inspiration

Same game, different decade folks. Now this one is a little more select since Detroit focused it’s efforts on War Production between 1942-1945, and offering little more than “hold over styling” changes to cars in 1946 and 1947. Essentially, you’ve only got five years out of the entire decade (1940-1950) with new sheet metal to choose from, so I’m choking down the choices to 5. Luckily for us, there is plenty to pick from in these great American Automotive Design years, especially by 1949, as the fenders went into the body sides, running boards faded away, and the cars became lower and wider. In the ashes of WWII, Europe and Asia went to rebuilding their countries and automotive industries, and many great marques would never recover. So jump in, choose your five most striking US-designed and built cars from the 1940s, and remember it’s not necessarily about engineering or rarity, but rather pure visual beauty. It was incredibly hard to narrow my list down to five, and few real sweethearts slipped away.

Here’s my stab at it:

1949 Fords and Mercurys- No doubt the most earth-shattering designs to come from the Dearborn boys in a long time. Credit Edsel Ford and E.T. “Bob” Gregorie for baking up this clean, advanced styling that made the 1948 models look like they were instantly 10 years old. Their restrained use of brightwork and super clean body lines were the starting point of countless milestone customs.

1948 Cadillac Coupe deVille and Sedanette- Harley Earl kicked his design team into high gear after the war and I wrestled with picking the 1949 Oldsmobile Rocket 88, but the nod went to Caddy for the sweet understated fins, bold grille, and sleek, tasteful proportions. It worked especially well in the coupe and fastback variants.

1940-41 Buick- I’m a sucker for any car with a slanted B pillar and the Buicks (Chevrolet & Pontiac coupes as well) featured a radical one. I love the long, peaked hood hiding the massive “Valve in Head” Straight 8, and the strong chrome grille. 1942 model’s are a nice refresh as well.

1941 Mercury- A one-year-only Merc that was a nice follow up to the iconic 1939 and ’40 models. I love the pancake hood and stylish split grilles. This particular car made a number of tasty pre-war customs. 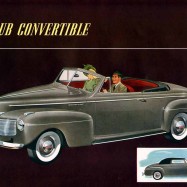 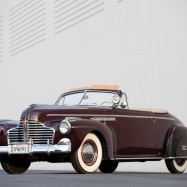 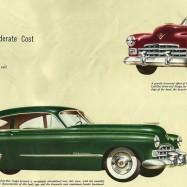 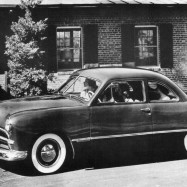 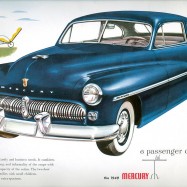