The art of George Trosley

Posted by Jive-Bomber on December 22, 2011 and filed under: Art & Inspiration

In my last post, we covered the late, great auto cartoonist Dave Deal. The other icon of CARtoons magazine illustrations was George Trosley. He’s best known as the creator of Krass & Bernie, the gearhead duo which ran in the magazine from 1975 until the final issue in 1991 (Thankfully, some new episodes of Krass & Bernie were created for Car Craft starting in 2005). Trosley also made other great art for CARtoons, including the fantastic “How To Draw Cars” instructional series, covering hot rods, customs and classics. This lead to publishing a book with many of the ‘How To’ articles, simply titled ‘Trosley’s How To Draw Cartoon Cars’. He’s also recently done some 11 x 17 limited edition prints that feature some very detailed, traditional hot rods. To top all this off, George still drives a custom ’39 Ford Deluxe Tudor Sedan that he picked up in the mid 60s while attending Art school in Philly. That’s pretty darn cool. 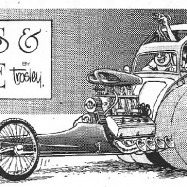 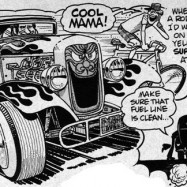 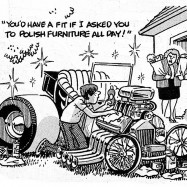 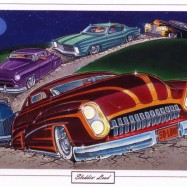 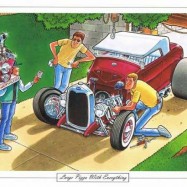 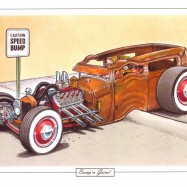