How long can a record stand?

Posted by Jive-Bomber on July 21, 2011 and filed under: Folks, History

I was just thumbing through my 2010 Rules and Records book from the SCTA, looking at the classes, vehicle types and dates the records were made. Most of them were 10 years old or less, and only a handful went back to the early 90s. And that makes sense, right? You see some old record in the books, you build a better mousetrap, and you try to beat it. Then I flipped over to Bonneville Motorcycle records to find an “H. Muller NSU 50cc blown fuel streamline” record from 1956!!! Whoa. Next I see his record from the same year for the 100cc S-BF and 125cc S-BF as well! Strangely enough, there is a another German, “W. Hertz”, who set the 350cc and 500cc S-BF records on a NSU on the same 8/56 weekend. Coincidence? I think not. All told, it turns out that Hermann Paul Muller (and his teammate) set 38 new world records for NSU that golden weekend in Utah 55 years ago! (I imagine on the same bike with a bigger top end shoved on for each class record) Even cooler, I did a little more digging to find that Mr. Muller had raced the mighty Auto Union Silver Arrows to GP victory just before the war:

“Like so many of the others who raced for the Silver Arrows, Hermann Muller started off on motorbikes where he was German sidecar champion in 1932 and 500cc champion four years later. In 1937 he was asked to join the Auto Union team as a reserve.

After a few races that year he was invited to become a works driver in 1938 but his season was blighted by a crash in practice ahead of the French Grand Prix. In 1939 he won in France and came second in Germany, and in the four races of a curtailed season he outscored Hermann Lang and was widely believed to have won the European Championship, only for the German authorities to award the title to his rival.

After a war spent in the Luftwaffe – a factory worker rather than anything more active – he returned to motorbike racing, becoming 250cc West German champion in 1947 and in 1955 won the 250cc World Championship with the NSU team at the age of 45. In 1956 he set world records with a NSU record bike at the Bonneville salt flats of Utah.

He worked for Auto Union and at DAF in Holland, finishing in the Auto Union press department in Ingolstadt where he died after a long illness in 1975.
Martin Williamson” 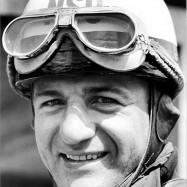 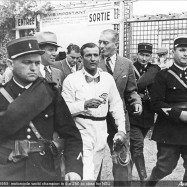 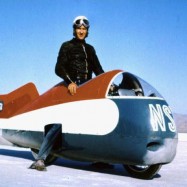 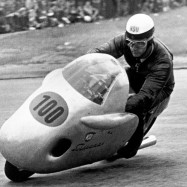 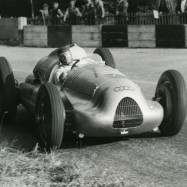 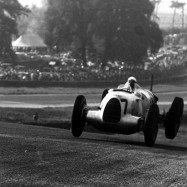