We obviously love soap box derby cars around here, as Ryan did a terrific post on them a while back. I just came across these 1940’s publicity pictures from the Detroit News soap box derby. Although they are mainly headshots rather than the race cars, you still get a good look the trophies (and trophy girls!), helmets, and clean graphics from the golden era of this pint-sized sport. The Detroit News had sponsored it’s local derby, along with the Detroit Chevrolet Dealers Association going back to 1935, and the colorful and complete history of that race is worth a read:

“Anything that moves on wheels is of interest to Detroit, and the Soap Box Derby was no exception. Public interest was high. More than just a sporting event, it gave boys something worthwhile to do. Building the racers required thought, labor and purpose. The youths were encouraged to build racers that were better than the rest, not unlike what the Motor City itself did on a much larger scale.”

“All this junk had to be adapted, detailed and conformed to take advantage of gravity. Commercially-built cars were banned from the event. Entrants could not spend more than $10 on materials and could not have assistance from machine shops, garages or adults.” 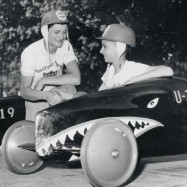 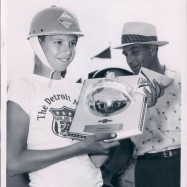 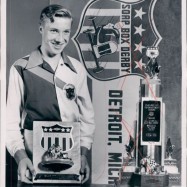 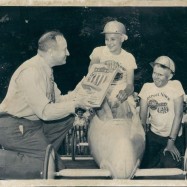 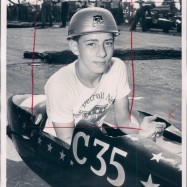 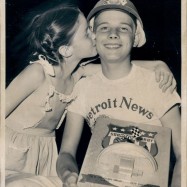 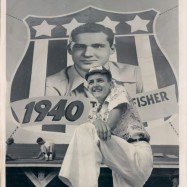 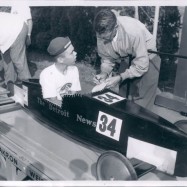 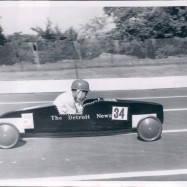