You’ve heard it said before. One of the main drivers behind the popularity of hot rodding just after WWII was the mental state of the young military men coming back from war. They had grown accustomed to a life of risk and chance and found the safe civilian life to be mundane. Hot Rodding was a way for them to get their kicks and the adrenaline rush they missed so much – sometimes legally, sometimes not so legally.

It’s the above thought that made the below video so interesting to me. Imagine this:

You were a flight line mechanic for the US Army Air Corps based somewhere in England. You didn’t fly in the belly, you weren’t riding along on daily trips to Germany in a B17, you weren’t being shot at all that often… You simply prepared war machines to kill from the comfort of an Allied country. Even so, you saw more than a handful of Axis bombers in the air. You heard their bombs drop. You also saw the B17’s come home from their missions. You put your finger in the holes made by German bullets and you met many guys and worked on many airplanes that didn’t come home at all.

You weren’t in the direct line of fire, but you still lived a life full of unknowns. You were at war. You felt and lived it.

And then it was over.

You come back to the states and get ready to mesh into a civilian life. Step 1? Get your driver’s permit. They didn’t have national driver’s tests in 1946. Instead, they made you take classes and watch videos such as this one:

Can you imagine what would be going through a twenty year old’s head after being injected from war into the kind of sterilization portrayed by that video? I can’t imagine many of them made it through that video at all. And those that did were almost certainly thinking about roadsters with big motors. 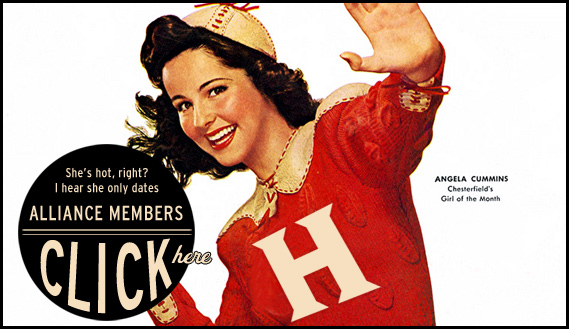