Memories of the Oakland Speedway & Stadium

Posted by Jive-Bomber on October 28, 2010 and filed under: History

You may remember the post about my buddy Ron’s collection of patterns a while back. Before I left that night, he pulled out a small box of vintage racing programs and began laying them out on his dining room table. They were all individually wrapped, and categorized in date order. “You got any from the old Oakland tracks?”, I quipped, and the next thing I knew, rare covers from the early 30s through the 50s began materializing right under my nose. This including a near mint condition copy of the very first program from 1932! Known as “The Fastest Dirt Track in the Nation”, the Oakland Speedway was a one-mile, oiled dirt track built on the far east side of town (bordering Hayward) in 1931, The track featured A.A.A, Indy car, Sprints, Midgets, Stock Cars, and motorcycles and lasted till 1954. The Oakland Stadium was a later built venue similar to the  Speedway, but featured a 5/8 mile track with a banking of 62 degrees. It held racing events between 1946 and 1955 that featured Big Cars, Sprints, Midgets, Roadsters, and Hardtops.

Ill prepared to document this treasure trove, I only had a mobile phone camera on hand, hence the poor images you see below. I’ve also included a rare film of the Speedway with stock cars running around 1940 that I found on YouTube. 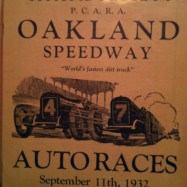 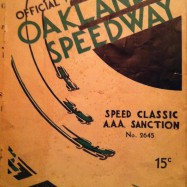 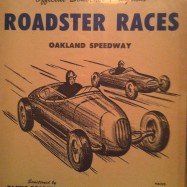 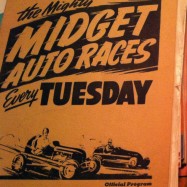 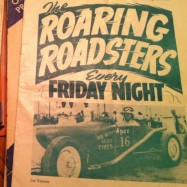 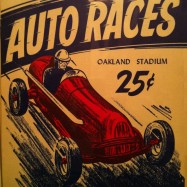 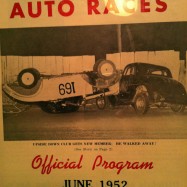 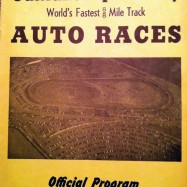 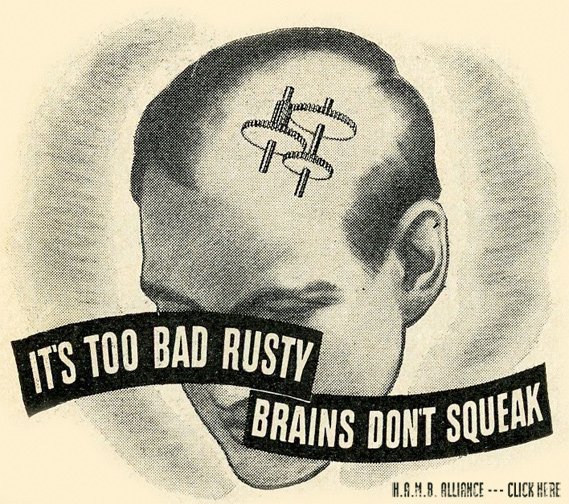